John Cleese puts his Chelsea flat on the market for £1.25MILLION

It’s far from Fawlty Towers! Thrice divorced John Cleese, 78, puts his Chelsea pied-à-terre on the market for £1.25M – after moaning about forking out MILLIONS to one of his ex-wives

He rose to fame as the hapless owner of a crumbling seaside hotel on the ‘English Riviera’.

But in real life John Cleese has a penchant for rather more luxurious surroundings – as these photos of the comedian’s plush Chelsea pied-à-terre reveal.

The 78-year-old Fawlty Towers star, who played the gaffe-prone Basil Fawlty in the classic comedy set in a Torquay hotel, has put the luxurious one-bed apartment a mere stone’s throw from Sloane Square on the market for £1.25million – not long after revealing his plans to leave the country for the sun-soaked Caribbean island of Nevis in November due to being ‘disappointed’ at the state of Britain.

The comedian and father-of-two, whose fourth wife, Jennifer Wade, is 32 years his junior, is among stars who’ve bucked the trend among celebrities by publicly declaring themselves to be pro-Brexit. Cleese has said he doesn’t want to be ‘ruled by Brussels bureaucrats’.

His decision to sell up may also have been influenced by his numerous – and costly – divorces. In 2016 the comic complained about being forced to fork over some $20million (£12million) in alimony to his third wife third Alyce Faye Eichelberger.

Famous for his controversial remarks and colourful personal life, Cleese previously lashed out at his ex-wives in a TV interview and described children as the ’cause of most misery in the world’.

Perhaps laidback island life will provide a soothing contrast to Cleese’s city bolthole in the heart of one of London’s most desirable postcodes – but he will be leaving behind some impressive interiors.

In addition to a light-filled master bedroom, the envy-inducing pad boasts a large reception room, a private south facing terrace and even comes with its own residential caretaker. 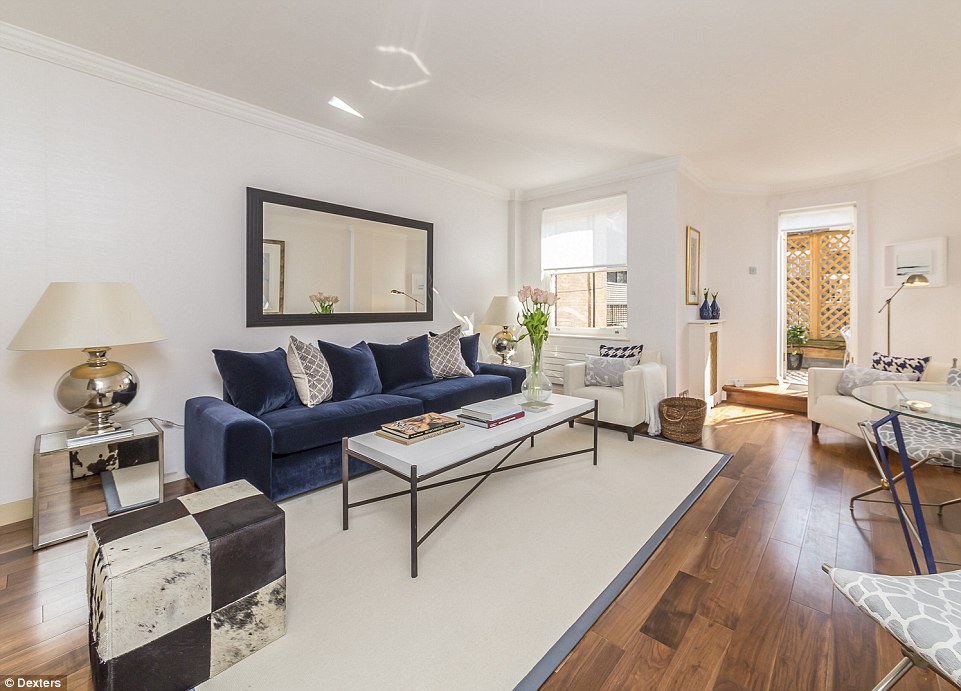 This is the reception of John Cleese’s stunning one bedroom apartment, which the actor has put on the market for £1.25million. The light-filled apartment is located just a stone’s throw from Chelsea’s famous Kings Road and Sloane Square 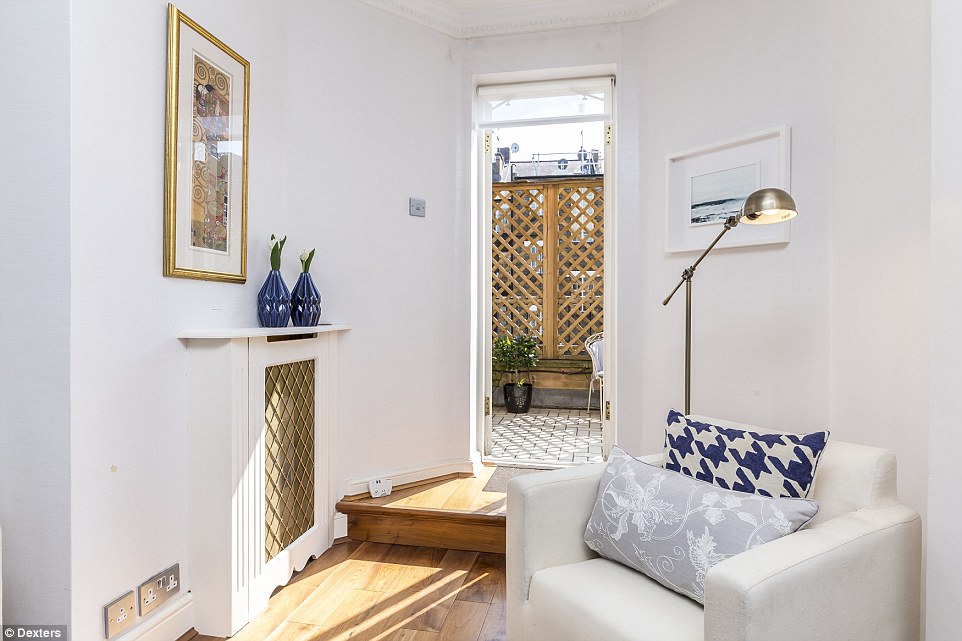 The wood paneled flooring in the bright and airy reception room leads out to a classy terrace with views of Chelsea – one of the most sought-after areas of London. The room is hung with artwork including pieces by Gustav Klimt

In an interview on Newsnight, he said he was ‘so disappointed with so much about this country at the moment’ and was planning to ‘try somewhere else’.

The legendary comedy actor seems to be making good on his promise, as estate agents Dexters confirmed the quaint apartment is ‘John Cleese’s pied-à-terre’.

The property is based on a quiet, one-way street which runs parallel to the world famous stores on Kings Road.

The apartment is bright and airy, awash with shades of soothing pastel colours, with plenty of windows to let in the sunlight.

John Cleese’s imminent escape to the Caribbean – following the revelation he is ‘disappointed’ with life in Britain – comes after three expensive divorces.

The veteran comic even called his 2011 show the Alimony Tour in a nod to his eye-watering £12million divorce settlement from Alyce Fay Cleese, followed by a further £600,000 annually for seven years.

The Monty Python star, who has two daughters, also told a US chat show that children cause ‘most of the misery in the world’.

Currently on spouse number four, he once said of his ex-wives: ‘I wish them dead in the nicest possible way.’ Not a slow, lingering death, mind you, he added quickly. ‘Perhaps just a tree falling on them.’

His first marriage was to Connie Booth, who starred alongside him in Fawlty Towers. Then in 1992 he married Alyce Eichelberger. It was her divorce settlement that forced him out of retirement in 2011.

He complained that the settlement, which he finished paying off last year, had left his ex-wife ‘far better off’ than him.

The veteran actor, who has daughters Cynthia, from his first marriage, and Camilla, from his second, then said: ‘I think the secret is not to have children.’

His financial woes mean the actor is still a face on the comedy circuit despite approaching his 80th birthday. 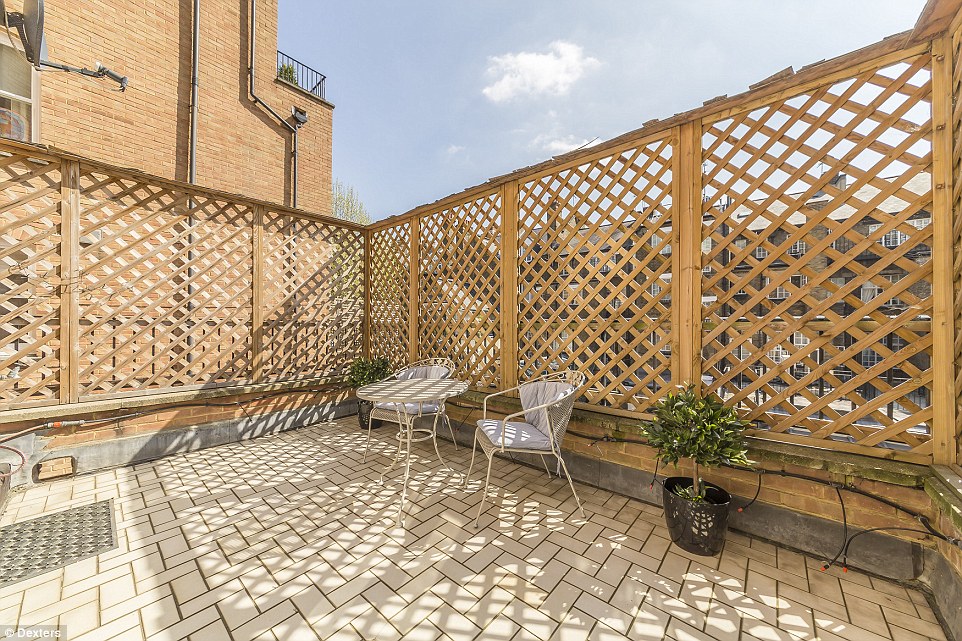 The terrace is south facing and the fencing gives you some privacy, making it the perfect location for a summer drink. John Cleese’s sprawling, light-filled apartment is based in one of London’s most sought-after locations 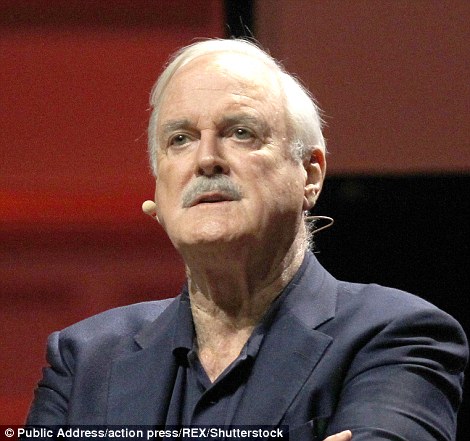 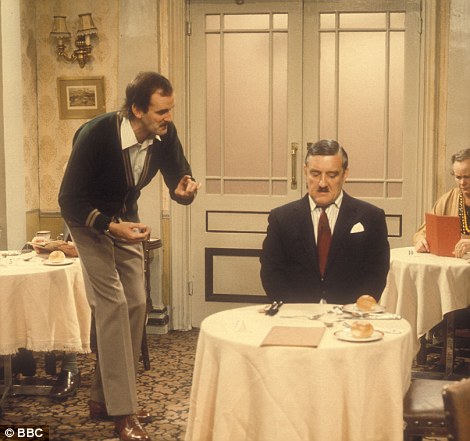 John Cleese, seen left on stage earlier this year, and right in a scene from the comedy classic Fawlty Towers, revealed two weeks ago that he was ‘disappointed’ with Britain and would be leaving the country to head off to the sun-soaked island of Nevis in the Caribbean in November 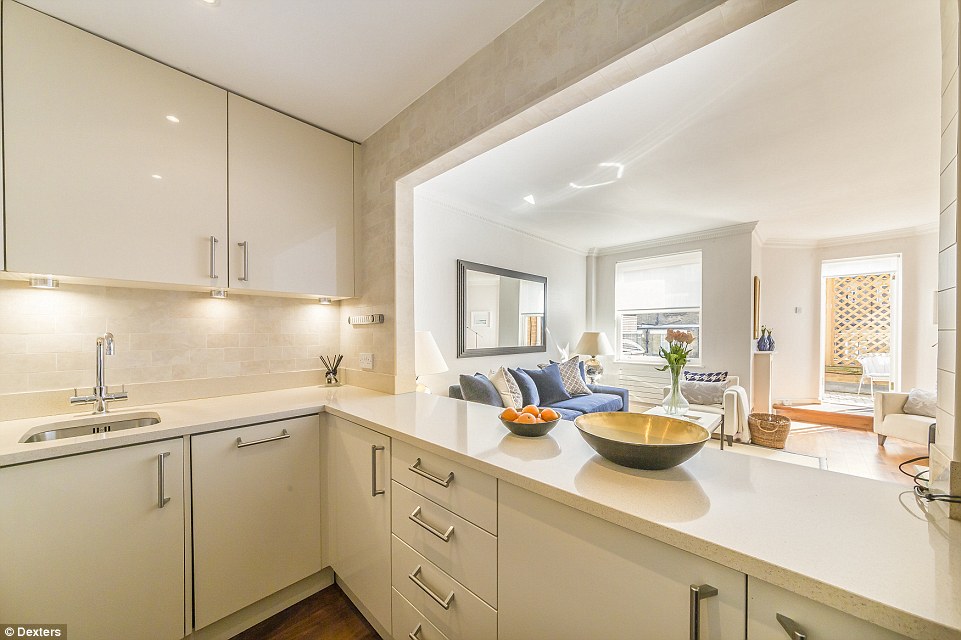 The kitchen maintains the bright and relaxed vibe of the apartment, with the lights under the cupboard making cooking in the evening an intriguing experience. The legendary comedy actor has put his one-bedroom Chelsea home on the market

The glamorous one-bed comes complete with a reception room that leads out onto the terrace, described by Dexters as perfect for entertaining guests.

The expansive reception room looks to be suited to hosting a group of people with the easy access to the terrace a great add-on.

It boasts wood-paneled floors and beautifully painted white walls which, combined with the stylish window, make sure it is flooded with light.

As for the terrace, it is roomy and spacious, making it great for a quiet evening drink in the summer with the views it provides of Chelsea – a much sought after area of the city. 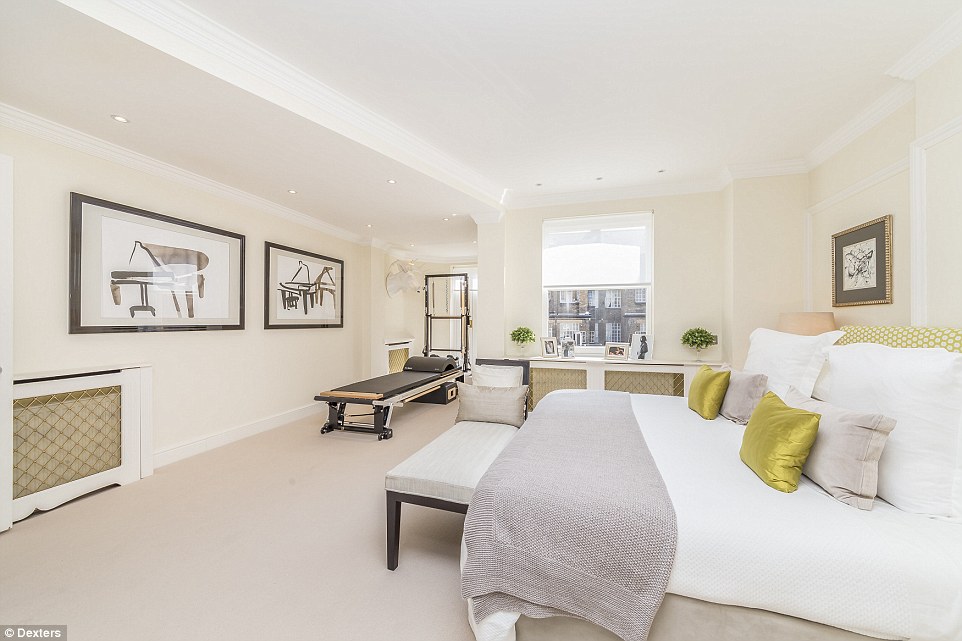 The one bedroom is also filled with light with the wide, expansive space making the room perfect for a couple. Owner John Cleese rose to fame as a member of the Monty Python comedy troupe in the 1960s before finding fame in Fawlty Towers 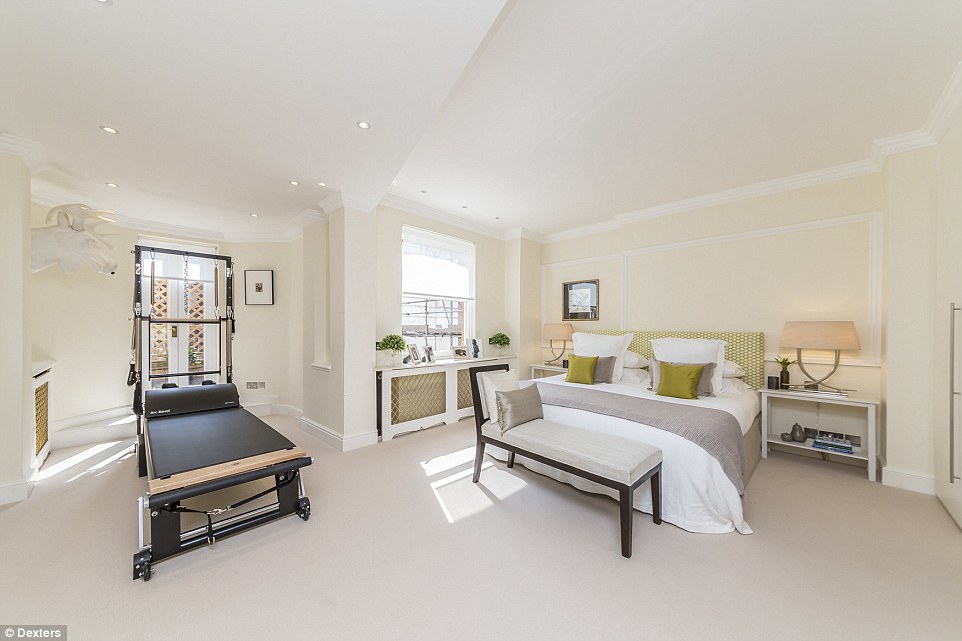 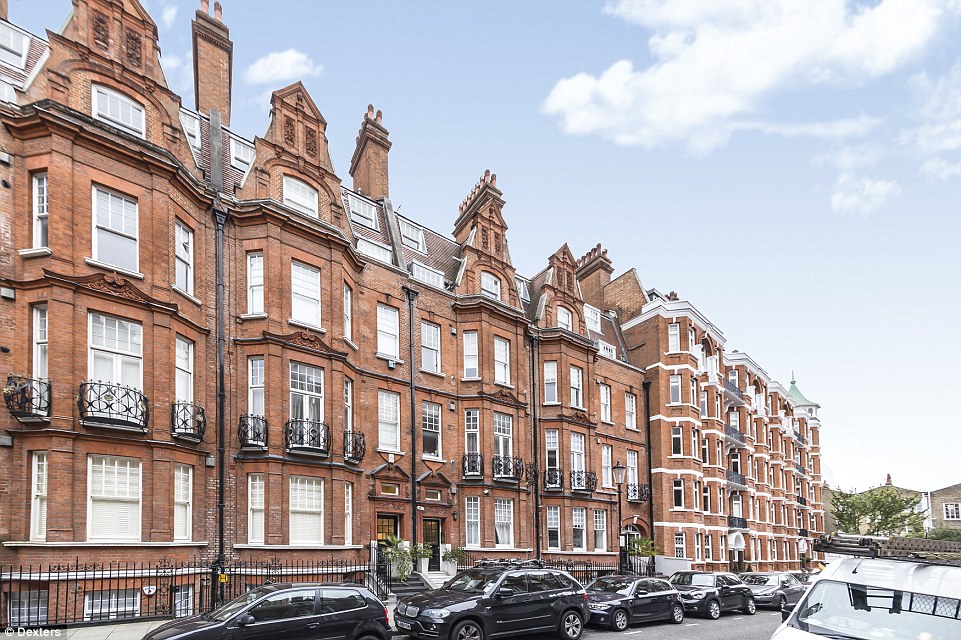 The gorgeous apartment is being sold by estate agents Dexters with the actor set to relocate to the Caribbean. The glamorous one-bed comes complete with terrace, described by Dexters as perfect for entertaining guests

The apartment has a cosy feel, and heading back into the living room is a spacious, marble-topped kitchen.

Like the rest of the flat, it is awash with cosy, light colours and the room’s soothing vibe will make you enjoy the evenings you spend cooking in it.

And the bedroom is a perfect addition to the apartment, sprawling, warm and awash with lights, it gives you enough space that you can even put something like an exercise machine inside.

The room also has access to the terrace – another bonus – and looks to be well suited to both a single person and a couple.

Amazon's holiday weekend deals are unreal—here's everything worth buying