Follow
Home » Lifestyle » Kate Middleton accused of ‘whining’ about lockdown: ‘She needs to step up to the plate’

Kate Middleton, despite her numerous video calls and a public photography campaign, Hold Still, to highlight how people are coping amid the coronavirus lockdown, has been accused of “whining”. Writer Bernadette Giacomazzo, who has penned a number of op eds about the British Royal Family, accused the media of “portraying her as a delicate, put-upon flower”.

In an article for CCN, she claims the Duchess’s comments on struggling through coronavirus amount to “whining.”

Ms Giacomazzo wrote: “In a recent interview, the Duchess said that assuming more responsibilities in the wake of COVID-19 was ‘so difficult.’

“Presumably, she meant to show that she was ‘just like us.’

“But it certainly didn’t come off that way.” 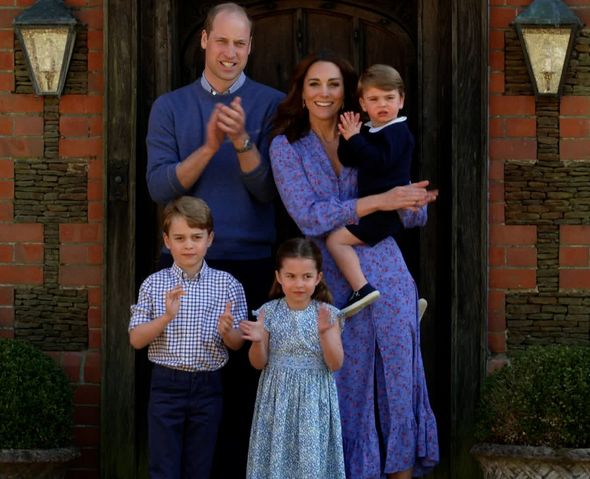 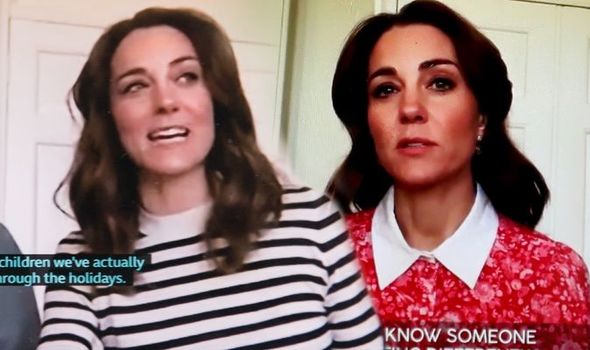 She compared Kate Middleton to Her Majesty, writing: “(Kate) needs to step up to the plate and be as tough and assertive as her mother-in-law is if she expects to rule the United Kingdom.”

However, many have seen Kate’s open approach to discussing life in lockdown to be inspiring and soothing.

Commenting on Kate and William’s recent appearance, via video link, at a care home bingo game, one said: “Just look at them, so natural, so caring and lovely.

“I’m so proud of the Duke and Duchess of Cambridge. Thank you for making everyone smile.”

Another said: “This is so amazing to see William and Kate still video calling to show their love and support. Amazing work.”

“I just love these two… gorgeously genuine people,” another wrote.

Another royal expert and writer claimed “Britain is falling in love” with the “natural element” of Kate Middleton amid coronavirus.

Aubrey Hanson wrote: “We rarely know what someone is genuinely capable of until adversity strikes. 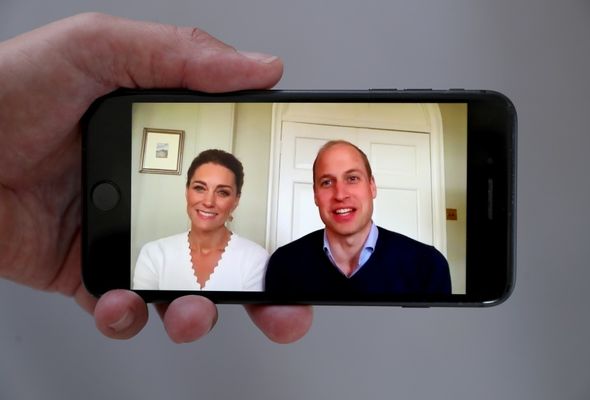 “During the coronavirus pandemic and the resulting lockdown, we’ve seen Kate Middleton step to the fore like never before.”

The expert went on: “She’s always been fantastic, but the way she’s rallied during Britain’s time of need has been something else.

“The natural, human element of Kate Middleton has been there for all to see.”

It has been revealed that Kate Middleton wears three rings from her wedding to Prince William. 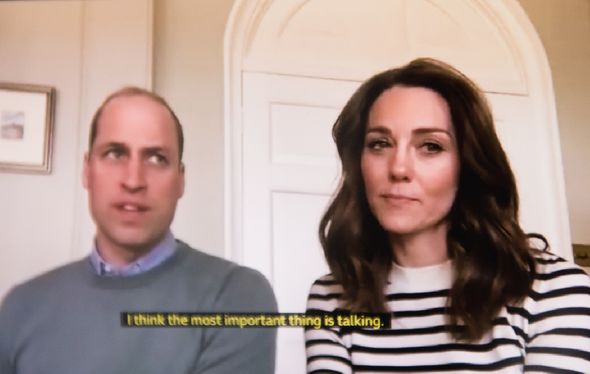 Fans of the Duchess will have noticed she began wearing a third ring just a couple of years later.

It is thought this is an eternity ring gifted by Prince William when their first child, Prince George, six, was born.

They said: “The third ring she wears is an eternity ring. Eternity rings are often used to mark special milestones in a relationship – in this case, it was a gift from her husband to mark the birth of their first child, Prince George.

“Made from 18ct white gold, it features 0.23ct of white diamonds. Kate’s eternity band comes from London-based designer Annoushka, and is valued at £1,200.”

How did Kate Middleton become a royal?

Kate Middleton, or Catherine, Duchess of Cambridge, was born on 9 January 1982 at the Royal Berkshire Hospital, Reading, England.

She was born to Michael and Carole Middleton, a former flight dispatcher and air hostess. The couple founded a party supplies company, Party Pieces, in 1987 – now estimated to be worth £30 million.

Kate has a younger sister Pippa Matthews, 34, and a younger brother James Middleton, 31.

Kate and her family moved to Amman, Jordan, in 1984, where the future Duchess was educated at an English-speaking nursery school.

After moving back to Berkshire the family sent Kate to private school, St Andrews School. She went on to briefly study at Downe House before moving onto Marlborough College where she boarded.

For university the young Kate attended the University of St Andrews in Fife, Scotland. Here she was awarded an undergraduate MA (2:1 Hons) in history of art.

Kate met Prince William when they were both studying at St Andrews, and both living in St Salvator’s Hall. Famously, William reportedly took a fancy to Kate after she wore a see-through dress during a fashion show.

In 2003 the couple began dating and lived together during their second year of university.

The couple split in April 2007, however, in October they were back together.

Prince William proposed to Kate Middleton with his late mother Princess Diana’s engagement ring in October 2010. The couple were holidaying in Kenya at the time.

On 29 April 2011 they married at Westminster Abbey with a whopping 26 million watching the event live.

Kate wore an Alexander McQueen dress worth a reported £250,000 on the big day.