So far iHeart Radio’s Jingle Ball 2019 has seen artists like Taylor Swift, Katy Perry, Lizzo, and Billie Eilish give all-out performances for the annual holiday season celebration. One specific performance fans were losing it over was Taylor Swift’s Jingle Ball performance in NYC at Madison Square Garden on Dec. 13. This performance also happened to be her 30th birthday and behind the scenes, the iHeart Radio Jingle Ball team was gathering birthday wishes for Swift. Posted to Twitter on Dec. 13, you can see Katy Perry’s birthday message to Taylor Swift alongside other well-wishers, and the video confirms the feud between the two singers is finally over.

The video message starts with Katy Perry, dressed in a festive red ensemble, telling Swift, "Welcome to the dirty 30’s club, Miss Swift." She continued on, saying, "Hi honey, it’s your friend Katy and I just want to wish you the happiest birthday." The use of "your friend" might have some fans raising their eyebrows. However, this does seem to point to the idea that the pair have finally reconciled their friendship and gotten over their feud… but there’s no admission that they’re suddenly BFFs.

The feud is a bit complicated. While Perry and Swift were seemingly fond of each other back in 2009, things got a little out of hand after a while. TBH, the beef about the backup dancers that happened in 2014, was a lot. Speculation about Swift’s song "Bad Blood" was def the icing on the cake. She told Rolling Stone that it was about another pop star, saying, "She basically tried to sabotage an entire arena tour. She tried to hire a bunch of people out from under me." Shortly after, Perry posted a tweet that said, "Watch out for Regina George in sheep’s clothing," that clearly pointed to the feud being between them. From there, the Perry and Swift feud just went on and on. But it finally appeared to reach an amicable end earlier this year, when the two pop stars hugged in Swift’s "You Need to Calm Down" music video.

The other well wishes in the video come from a countless list of celebs, including Ryan Seacrest, K-pop groups BTS and Monsta X, Lauv, Why Don’t We, 5 Seconds Of Summer, Niall Horan, Lizzo, Camilla Cabello, and Samuel L. Jackson.

Swift’s birthday performance at NYC’s Jingle Ball began with the song "Blank Space." She continued with the first single off of Lover, "ME!" singing an absent Brendon Urie’s portion of the song. Originally, during the bridge, Swift has the lyrics "Hey kids! Spelling is fun," included, but they’ve since been removed, though her live performance included a playful insertion of "Hey kids! Tonight is my birthday!” 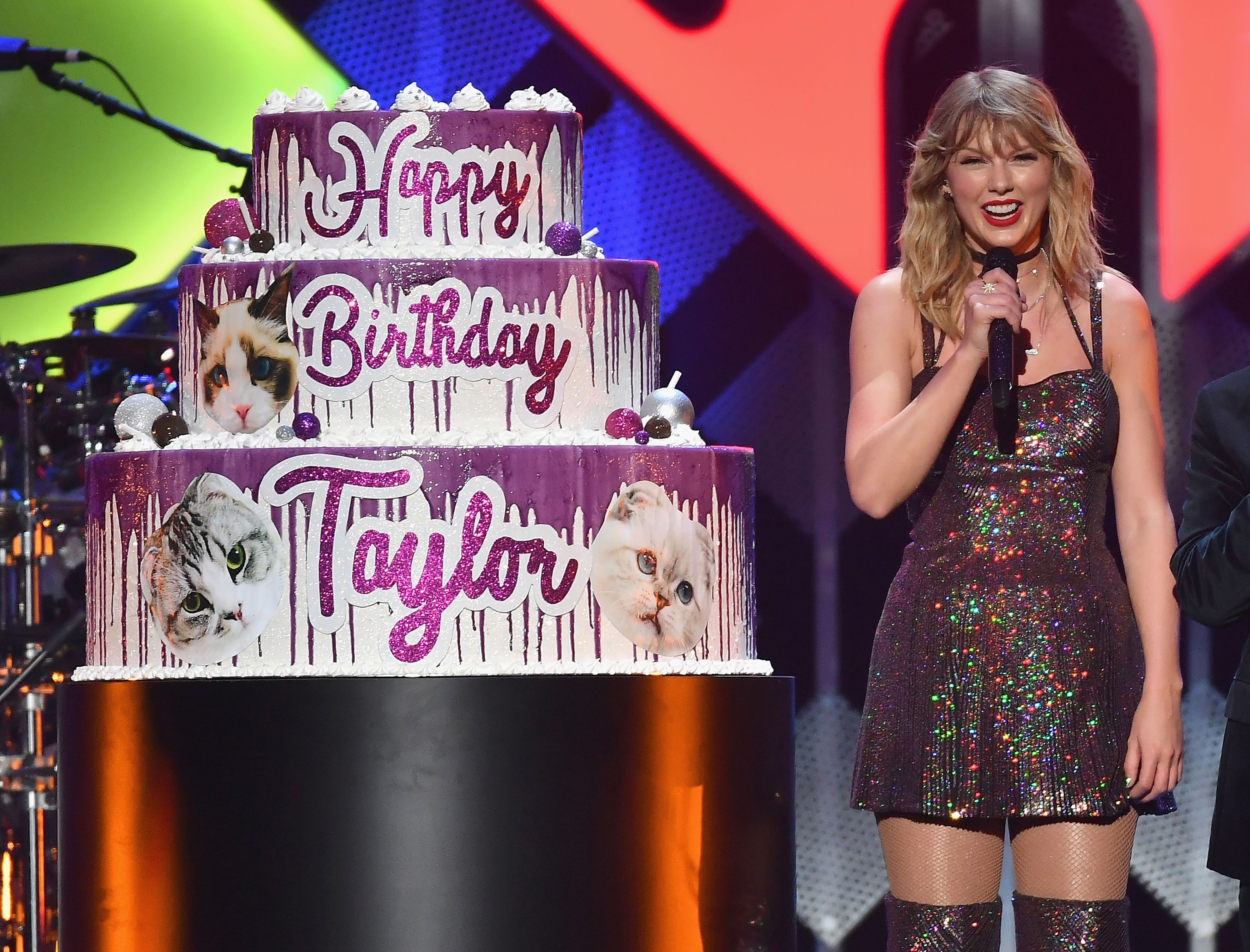 Showbiz CheatSheet’s recap of the event says that Swift also addressed the New York crowd, saying, “I had a choice. Where would I want to spend my 30th birthday? The answer is: You’re looking at it!” Clearly grateful to be in NYC for her birthday milestone, she continued her performance with the tracks "Lover," “Welcome to New York," and “You Need to Calm Down."

Perhaps one of the biggest highlights was when she donned a Santa hat and began to play her latest tune, "Christmas Tree Farm," before ending her performance with "Shake It Off." However, fans weren’t going to let her get away without diving into singing "Happy Birthday" to kick off her new decade of life.

Lin-Manuel Miranda on Bringing ‘In the Heights’ to the Big Screen: ‘We’re Allowed to Take Up Space’

Woman shares a shocking photo of her thin hair