“I’m tired of the rumors. Neither [me or Stassi] are racist and have absolutely no hate.”

Kristen Doute denies she and Stassi Schroeder were fired from “Vanderpump Rules.”

The former reality star took to Instagram to push back against the claim Bravo fired the pair in June after past racially insensitive remarks and actions against their co-star Faith Stowers resurfaced.

“We weren’t fired,” Doute wrote on Thursday. “They chose not to renew our contracts. That was their decision to make.” 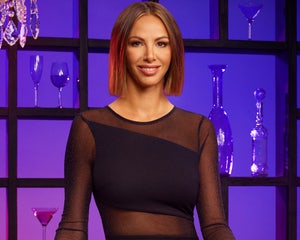 Kristen Doute Says Vanderpump Rules Should Have Filmed Scandal, Not Fired Her for It

Doute and Schroeder made headlines after Stowers accused the two of calling the police on her after they said she looked like a different Black woman who had been drugging and robbing men in Los Angeles at the time.

After someone on instagram said the two women used their “privilege in a way that could have resulted in the unjust imprisonment or murder of a Black woman,” Doute pushed back (via Us Magazine).

“There was never a police report, the police never had her name so she was never in harm’s way,” Doute began. “I understand me speaking up about this is going to create major backlash but I’m tired of the rumors. Neither [me or Stassi] are racist and have absolutely no hate.” 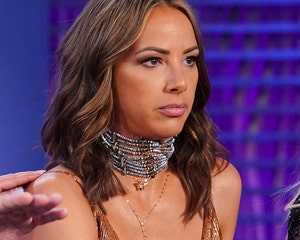 She also said the call was part of a storyline on the show that never aired.

“I called a tip hotline,” Doute posted. “At the time, I was told by multiple people that it was [Faith] and that she had a history. That I’ve admitted and have publicly and privately apologized. I should have stayed out of it and especially never brought it to social media.”

Doute’s boyfriend. Alex Menache, even came to her defense, asking social media followers to step back and reevaluate the situation.

“For those of you who will twist every word Kristen and Stassi say against them, I pose a simple question,” he posted. “Is it possible to 1) admit your faults, grow, change and be an ally AND AT THE SAME TIME 2) correct falsities and explain motive? Or is it simply impossible to do both?”

“Throughout this whole thing I recognize, I never felt like I was a racist,’ she said on “The Tamron Hall Show.” “I don’t have hate in my heart, but I recognize that I wasn’t anti-racist. I wasn’t, and that’s something I’ve been learning throughout all of this.”

In June, Bravo announced they had severed ties with Doute, Schroeder and new “Vanderpump Rules” cast members Max Boyens and Brett Caprioni, who both had racist tweets resurface before their first season on the show.

Got a story or a tip for us? Email TooFab editors at [email protected].

And, claims, Doute, Kristen, S, She
You may also like:

When is Cyber Monday 2020 and where can I get the best deals?

You can now get paid £200 to eat Greggs' festive bakes, KFC and McDonald's – how to apply