A real housewives crossover? Kyle Richards and Marlo Hampton responded to the accusations that Kim Zolciak is racist, and the two Bravo women have different opinions on the drama surrounding the Real Housewives of Atlanta star.

“Oh my gosh, I do not think she’s racist, I do not,” the Real Housewives of Beverly Hills star told TMZ in a video published on Thursday, April 26.

“I love watching her on her show with her kids and her family,” Richards continued, referring to RHOA spinoff Don’t Be Tardy. “That reunion was actually really brutal, but you know what, I’m friends with NeNe [Leakes], I’m friends with Kim, I know all the girls … We would welcome Kim Zolciak in Beverly Hills, for sure.”

Zolciak came under fire during season 10 of RHOA after her daughter Brielle Biermann filmed herself in Leakes’ bathroom and alleged there were roaches in the corner of the restroom.

“This whole racism thing in this day and age is bulls–t,. Everyone of those motherf–kers on that couch owe this world a f–king apology for this racism s–t. They already tried to claim that s–t long ago,” Zolciak said to host Andy Cohen at the end of part three of the RHOA reunion, which aired on Sunday, April 22. “Nobody bought into it then because the social media wasn’t there and racism wasn’t f–king all that real. You know it.” 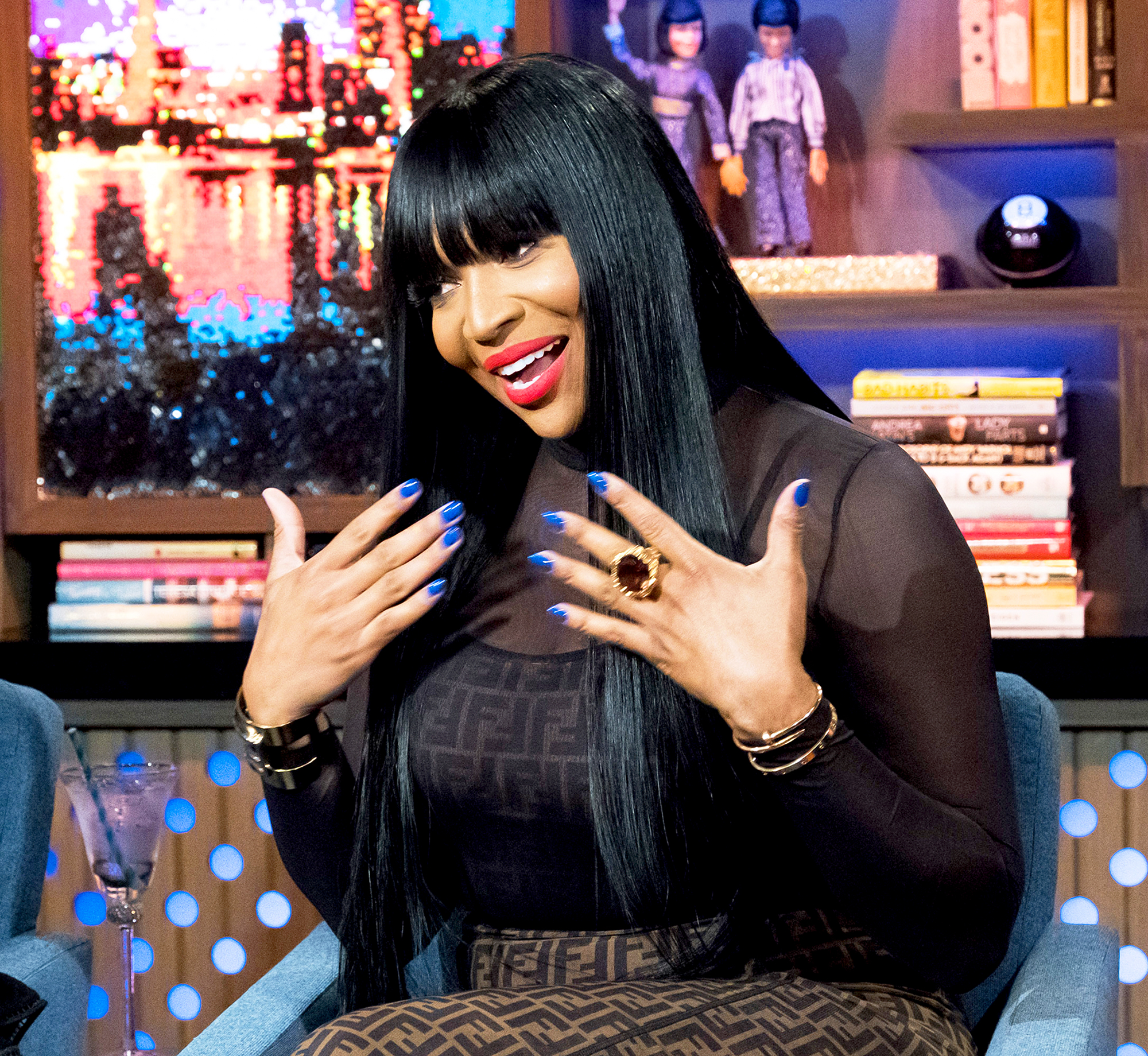 Hampton, who has been featured as a friend on various seasons of RHOA, including season 10, told TMZ that she thinks Zolciak’s actions “appeared as racism.”

“The things that Kim said and her actions, you know, appeared as racism. And in our community the things that came out of her mouth, it just didn’t rub us right, period,” Hampton said in a video to the site, published on Thursday. “You don’t send a video that says roaches … Where we’re from that means that you’re poor, you’re dirty, you live in the projects.”

Zolciak released a lengthy statement to Us Weekly via her publicist Jack Ketsoyan on Thursday, April 26, regarding the the drama.

“During the last RHOA reunion episode, I made a comment that confused and offended people. I sincerely apologize,” Zolciak began. “Edited out of context, I understand why my remark angered people. Racism is a sad reality in the United States. It has been prevalent throughout our country’s history. Let me be very clear, I do NOT support, tolerate or put up with any form of racism, hate or other discrimination. My love for ALL people runs deep — I am open to all and always have been.”

“I was heartbroken when I watched the last few minutes of the episode and saw how my words were taken out of context,” the 39-year-old continued. “My comment that seemingly ‘racism didn’t exist 10 years ago’ was made as part of a larger, emotional 45-minute conversation about how, sadly, social media has become a hub for hate. Immediately following my confusing comment, I also said that ‘it’s not as real as it is now,’ referring to the power of social media. But those remarks didn’t make the show. I believe that social media has made a centuries-old issue more real. Before social media, the public simply observed the news. Now, the public actively participates and has an opportunity to take action — in real time. But this is a double edged sword. Now, when false accusations are made, they are amplified by online platforms regardless of their merit. This wasn’t the case 10 years ago when I started on RHOA.”

She added: “I truly pray that the people wishing horrible things on others, and on me, channel that energy into something positive. Our world would be a much better place if you do. I am committed to making this world a better place to live. I will continue to learn from, and be open to, ALL people.”

Us Weekly exclusively confirmed on April 19 that Zolciak will not return to RHOA for season 11. Multiple sources told Us on Wednesday, April 25, that Zolciak “halted all production” for Don’t Be Tardy season 7 amid the scandal.