Lidl launches a range of GBBO-inspired baking appliances from just £2.99 – and they look VERY similar to designer kitchenware by Smeg costing up to £180

With the Great British Bake Off back on screens, many will be inspired to start creating delicious cakes, scones and other baked delicacies in the kitchen once again.

To mark the show’s return on Channel 4, Lidl has relaunched its popular retro set of baking equipment in black, baby pink or turquoise, with prices from £2.99.

Some of the appliances look remarkably similar to a retro range by Smeg, which sells products that may look the same but cost up to £179 for each item. 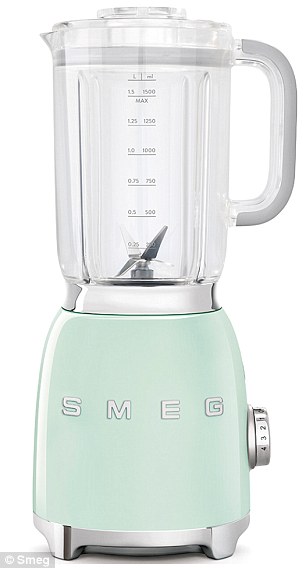 Lidl has relaunched its popular retro range of baking equipment, including this 1.8-litre blender for £19.99 (left). It bears more than a close resemblance to Smeg’s designer 1.5-litre pastel green blender, which can cost up to £179.98 (right)

Its hand blenders cost £120, while a very similar-looking one at Lidl costs just £7.99.

Meanwhile, Smeg’s retro toaster – which comes in a range of colours including a similar shade of pastel green to Lidl’s turquoise – costs £129.95, while you can pick up a retro-style toaster from Lidl for £16.99.

The biggest price difference is between Smeg’s pastel green retro blender, and Lidl’s very similar appliance, which costs just £19.99, while Smeg’s is a pricey £179.98. 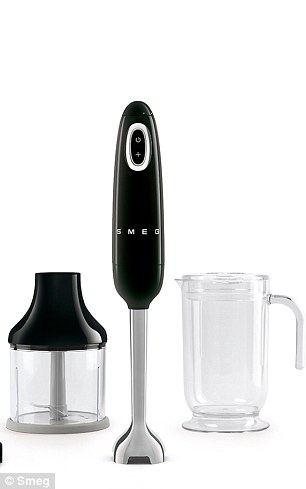 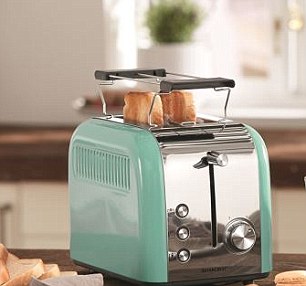 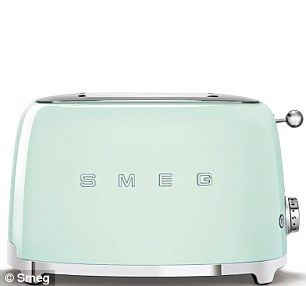 Lidl has also relaunched its £16.99 retro toaster, which comes in a similar shade of turquoise as Smeg (left). Smeg’s designer version, which looks quite similar to the discounted option, costs £129.95 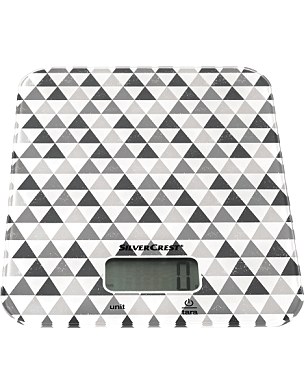 Lidl’s new relaunched range, which is available in stores from today, also includes a £12.99 Mini Chopper (left). There is also a range of stylish kitchen scales in the collection, including this geometric black-and-white set which costs £5.99 (right)

Lidl’s range also includes a baking tray and a mini frying pan that cost just £2.99 each, as well as a £12.99 mini chopper that includes a beater attachment and glass bowl for baking.

There is also sets of kitchen scales costing £5.99, which allows you to switch between grams, ounces, pounds, millilitres and fluid ounces.

All of the products come in a turquoise shade, a similar colour to the one that pops throughout the Great British Bake Off tent.

The fridges, stand mixers, and the cupboards are all in a shade of baby blue on the popular TV show, which returned to screens on Tuesday night.

Lidl’s new range of baking appliances are in store from today.

GBBO, inspi, launches, Lidl, range
You may also like: