Footballer, 8, who lost his sight due to a rare and incurable eye condition reveals Lionel Messi has gifted him a life-changing £2,700 artificial vision device which allows him to read

An eight-year-old footballer who lost sight due to rare eye condition has been gifted a life-changing artificial vision device which allows him to read by Lionel Messi.

Mikey Poulli, from London, who was diagnosed with a rare and incurable eye condition at seven-years-old and subsequently lost his sight, was spotted by England’s blind squad coach last year.

Appearing on Good Morning Britain today, passionate Arsenal supporter Mikey told he was ‘amazed’ to receive the gift, and that he can now participate in class work just like the rest of his schoolmates. 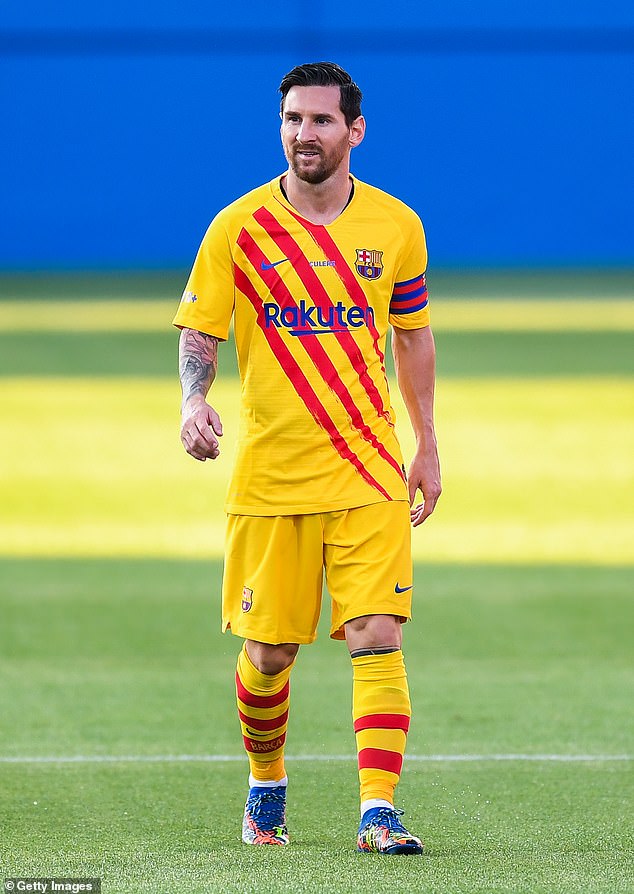 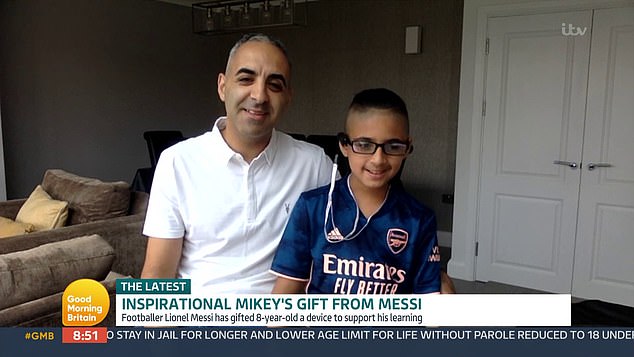 ‘He’s given me these glasses and I can read books and participate in class work now’, said Mikey. ‘I can read with everyone else now.’

When asked how he reacted to the news, he went on: ‘I was amazed because Lionel Messi is one of the best players in the world and chose me out of all the visually impaired people in the world.’

OrCam MyEye is a voice-activated device that attaches to virtually any glasses and  can instantly read to you text from a book, smartphone screen or any other surface.

The device conveys visual information audibly, in real-time and offline and can recognise faces. 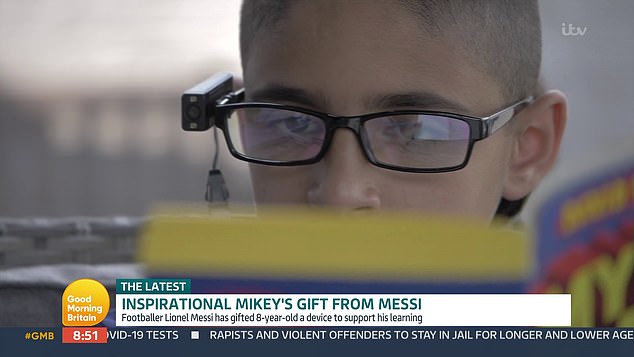 OrCam MyEye is a voice activated device that attaches to virtually any glasses and can instantly read to you text from a book, smartphone screen or any other surface 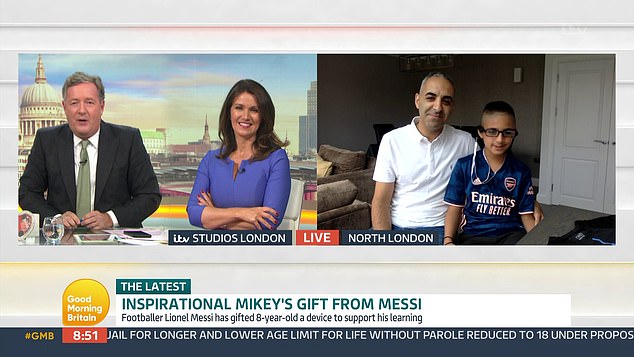 When asked how he reacted to the news by host Piers Morgan (pictured left), he went on: ‘I was amazed because Lionel Messi is one of the best players in the world’

‘The company that provided these glasses they were in contact with Messi,’ said Mikey’s father John, ‘and when Messi found out about Mikey’s story, he wanted to give a pair. Being big football fans and Arsenal fans, we were over the moon.

‘He’s been given a new lease of independence and he’s been able to do things he hasn’t for a long time. So we’re honored and privileged, it’s a bit overwhelming.’

The interview struck a chord with viewers who quickly took to Twitter to praise Mikey, with one writing: ‘You’re a legend’.

‘Amazing life changing story, brought a tear to my eye’, said another. 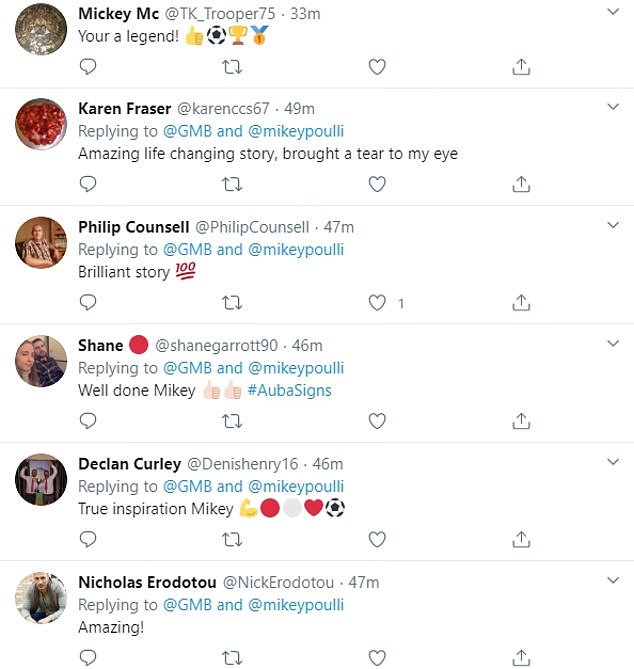 The interview struck a chord with viewers who quickly took to Twitter to praise Mikey, hailing him an ‘inspiration’

Mikey hit the headlines last year when he started training with England’s blind squad after amazing coaches with his incredible football skills.

John and his wife Mireille , 37, took Mikey for a routine eye check in 2016 where he was diagnosed with rod cone dystrophy.

As he lost his sight, Mikey’s football team told him that he could no longer play for them because it was a risk to other players.

But not wanting to give up, his parents then took him to Tottenham’s Centre of Excellence where he joined the visually impaired team. 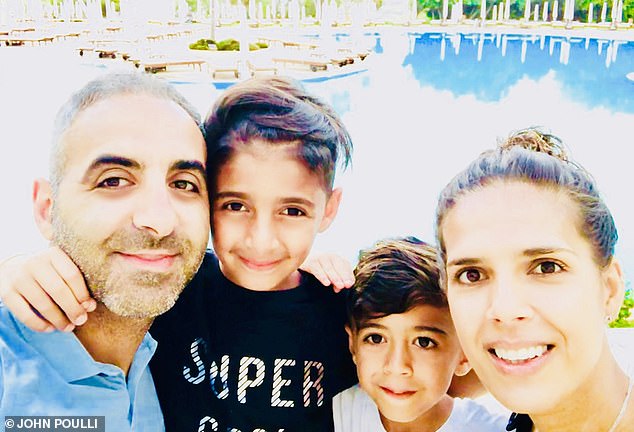 John Poulli (left) and his wife Mireille Poulli (far right), 36, took Mikey (with his brother Angelo)  for a routine eye check where he was diagnosed with rod cone dystrophy

John previously said: ‘One day the coach called me and said: “Your son’s got amazing abilities, I want to call the FA for them to send a scout down to see him”.

‘We were just happy to have found a place for him to play and within a week he was signed up.’

Mikey now trains once a month with other blind children and England football team at Brighton FC’s training centre, and receives a weekly one-to-one coaching session funded by the FA.

And the team GB and England blind football head coach has been ‘counting down the days’ until Mikey is old enough to play for the national team.

Blind, eight, gifts, Lionel, Messi
You may also like:

How socially distanced theatre is continuing despite COVID-19 restrictions

The wedding songs most likely to lead to an unhappy marriage