Meghan King Edmonds is trying her hardest to keep her sense of humor during the ongoing quarantine amid the coronavirus crisis.

Case in point: On Wednesday, April 29, the Real Housewives of Orange County alum, 35, took to her Instagram to share a clip of herself joking about the realities of cooking for three toddlers day after day. 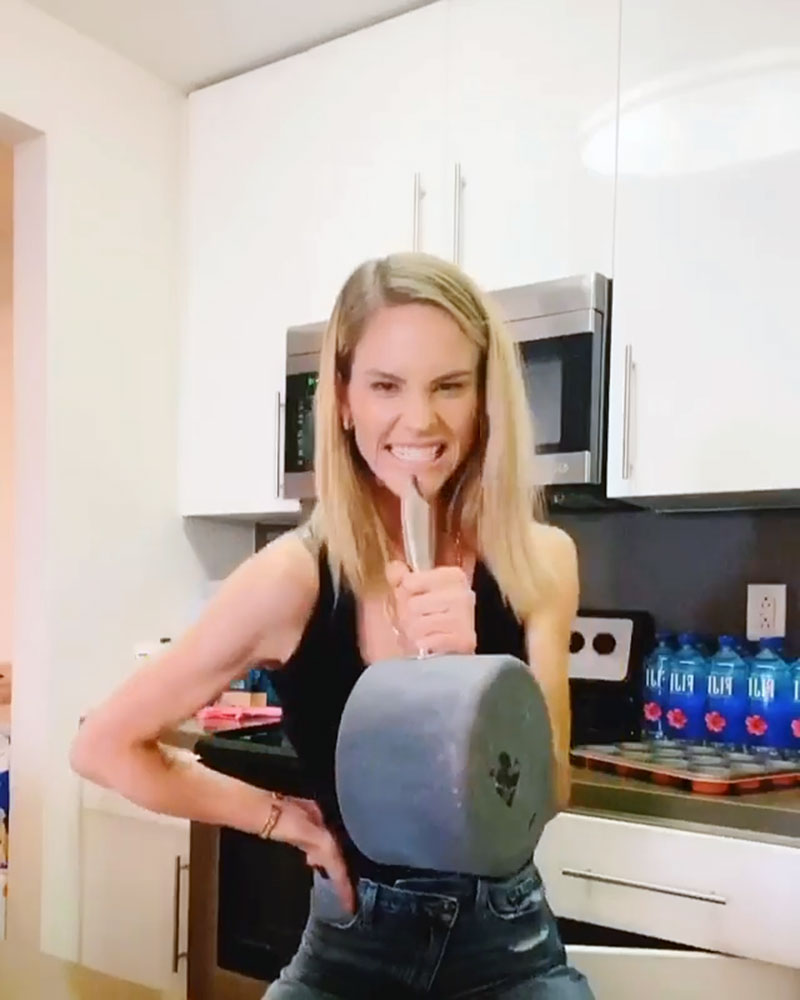 In the clip, which originated on Edmonds’ TikTok account, she holds a pot in one hand and lip syncs the words to “Hard to Be the Bard” from the Broadway musical, Something Rotten! “Oh, don’t make me do it, don’t make me go through it. Can somebody get me a drink?” she sings in her kitchen.

The reality star then adds a spatula to her repertoire as she continues to sing about things being “really hard.”

As she mouthed the lyric, “It’s sexy but it’s hard,” Edmonds grabbed a nearby dish towel and playfully pulled it around her neck.

She opened up a bit more about her culinary struggles in the Instagram caption, writing: “Cooking during quarantine has me like: ‘Oh don’t make me do it, don’t make me go through it! It’s hard! It’s SEXY but it’s hard!’ ?.”

She then used the opportunity to find out how her followers are coping. “How are y’all handling this whole ‘cooking’ thing?” she wondered. “Especially after cooking every single day during quarantine?!”

For her part, Edmonds has basically become a short order cook for her three little ones — daughter Aspen, 3, and twin sons Hayes and Hart, 22 months — whom she shares with her ex-husband, Jim Edmonds.

Over the past several weeks, the Bravo personality has whipped up an array of impressive dishes for her picky brood, including a homemade lemon cake, pancakes from scratch and Shake Shack-style patty melts. Additionally, there’s been an almost constant stream of fresh fruit snacks and chocolate milk for the kiddos. 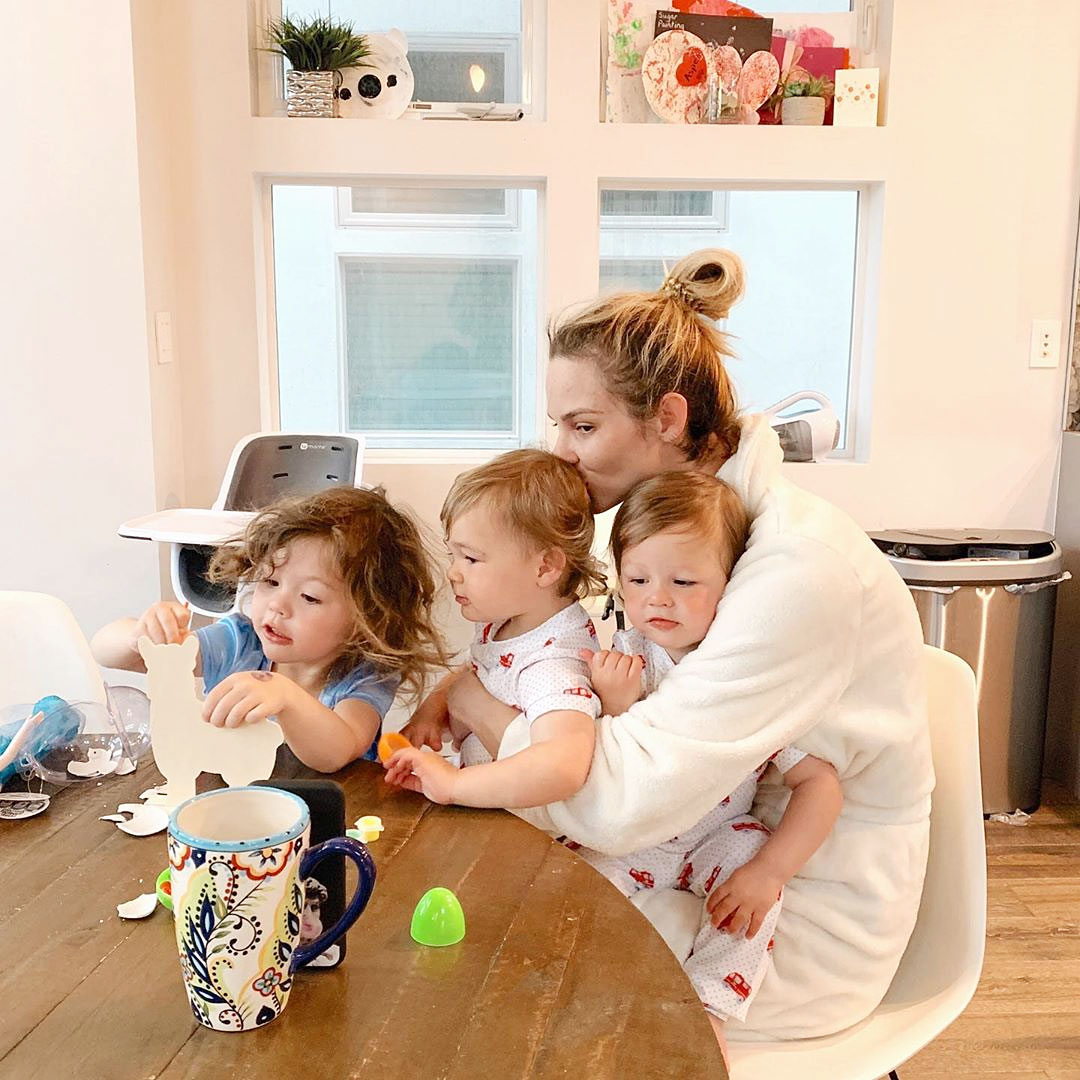 Despite joking about the difficulties of cooking for a trio of toddlers for weeks on end, that’s probably one of the most relaxed aspects of Meghan’s quarantine. Earlier this week, she claimed that child support from Jim, 49, was “barely” enough to pay for “groceries for my tribe,” and the retired athlete has since fired back.

“We’re not going to give numbers because it’s no one’s business,” a rep for Jim told Us Weekly on Thursday, April 30. “But if what Jim is giving to Meghan each month for child support doesn’t cover her groceries, she must be getting her eggs from Faberge. Jim also pays every single bill for both of her homes, all the medical bills and practically every other expense related to the kids and the houses. Jim continually goes above-and-beyond what he is required to do.”

Jim went on to call the Missouri native’s comments “an insult to all the single mothers who are genuinely struggling financially and working multiple jobs to make ends meet.”

The estranged couple have been at odds since Jim filed for divorce in October 2019 after being accused of having an affair with one of the nannies who cared for their children. At the time, the former MLB star adamantly denied being unfaithful to his wife of five years.

On the April 27 episode of her “Intimate Knowledge” podcast, Meghan revealed she’s “over” dating apps and is currently taking time to focus on herself. “I’m into meditating and being present and I started writing stuff on my mirror, Brooke!” she told cohost Brooke Burke at the time. “I set my intentions on my mirror every morning with a dry erase marker. I guess that’s where my energy is with the dating, just to kind of date myself for a little bit … Master dating, that’s what I call it!”

Given the constantly evolving nature of COVID-19, Us Weekly wants our readers to have access to the most accurate resources. For the most up-to-date coronavirus information, guidance, and support, consult the CDC, WHO, and information from local public health officials. If you’re experiencing coronavirus symptoms, call your primary care provider for medical advice.

Cook, Edmonds, jokes:, King, Meghan
You may also like: