Miley Cyrus brought back her Instagram Live talk show for a very special guest on sat down on Thursday, Oct. 22: Democratic Vice Presidential nominee Kamala Harris. The interview will get you fired up to vote, because Harris discussed a few key changes she and Democratic Presidential nominee, Joe Biden, want to make. Here are all the best moments from Miley Cyrus and Kamala Harris’ Instagram interview.

The Instagram Live session saw Cyrus calling in from her recording studio. As she was waiting for everyone to join the live stream, she admitted, "I am a little nervous. This is a very, very exciting live for me and for all of us to be a part of." She noted her location, saying, "This is where I come to feel inspired, and I don’t know how I could feel more inspired than to introduce Senator Kamala today."

Cyrus continued her introduction and discussed Harris’ background before she joined the call. "Her nomination for vice president of the United States made history because she’s the very first Black woman and the first person of Indian descent on a major ticket." As Harris joined the call, Cyrus told her it was "an honor and a privilege" to interview her, jumping into her first question, which brought up the difficulties of the coronavirus pandemic.

Touching on the fatalities and the hunger crisis, Harris then recalled a moment of hope for change. "Recently I was in North Carolina for the first day of early voting and I was in Florida for the first day of early voting. People wrapped around the corner, [they had] been in line since the early morning and they’re like, ‘I’m not letting anybody take my vote, I’m voting,’" recalled Harris. "That just gives me such joy to see that kind of fight and that kind of spirit."

Harris continued to say most of her joy during these hard times stems from her "motivation to fight." Cyrus noted that she lost her grandmother during the pandemic. "I was unable to see her for six months," she revealed. Bringing up the feelings of loneliness that many Americans are facing, Cyrus expressed her admiration for Harris’ joys.

Harris then touched on the importance of voting, and what was at stake, bringing up young voters as some of the most impactful on current issues. "It has been in large part younger leaders who are forcing accountability, forcing leadership to embrace science," she said. “The way that you use the power of your voice during elections is… people will respond to and see who’s voting and then respond to their issues and that’s just the way it works,” she said. 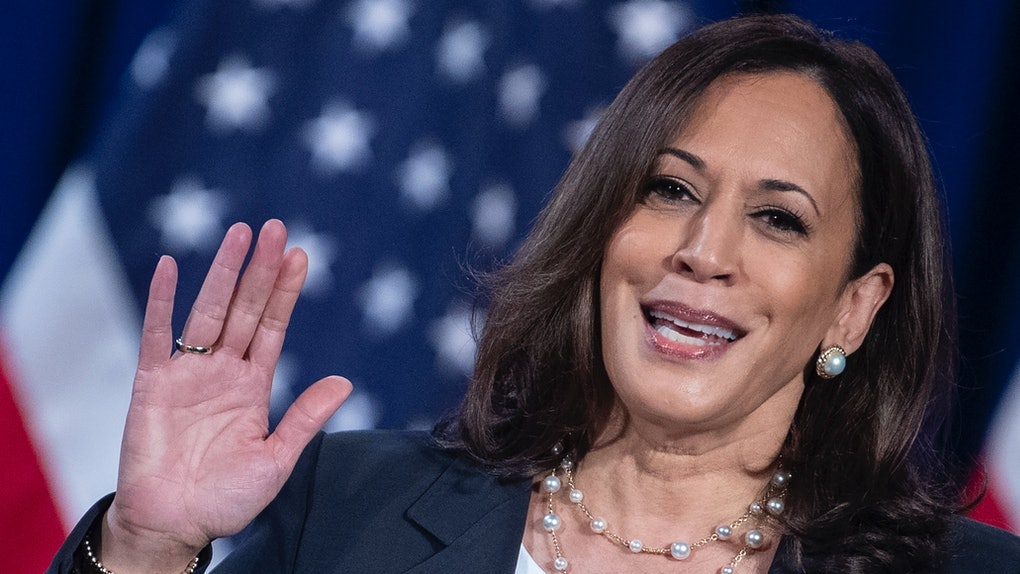 The Democratic Vice Presidential nominee also brought up the importance of equality and the Black Lives Matter movement. “Between Joe Biden and Donald Trump: Joe Biden says ‘Black lives matter’; Donald Trump refuses to say it,” she said. “Donald Trump stood on that debate stage in the last debate and refused to condone [sic] white supremacists and in fact said, ‘Stand back, stand by.’” She also noted if there was a ban on chokeholds, “George Floyd would be alive today."

Harris talked about some of the changes she and Joe Biden want to create before the interview neared a close. Then, Cyrus asked what was on Harris’ playlist during the campaign since music is a medium that uplifts her. "’Work That’ by Mary J. Blige," she said. “In fact, I was at this event recently in North Carolina, and it started pouring rain and everyone stayed outside because it was an outside event,” she recalled. “And then the song came on, and it was pouring energy. Like all these people turning out and then we all just started dancing in the rain. It was the best thing ever.”

You can watch the full video here.

Your voice matters. So does your vote. Make sure both are heard and counted in the 2020 election by registering to vote right now.