This Morning viewers were left in tears today over the ‘inspirational’ story of a three-year-old boy, adopted after his birth parents abused him so badly that his legs had to be amputated.

At just 41 days old, Tony – now three – was admitted to hospital with multiple organ failure and sepsis as a result of a fracture brought about by being swung around by his ankles.

He was discharged from hospital at four months and put into the care of Paula and Mark, Kings Hill, Kent.

But he still had regular visits with his birth parents Tony Smith, 47, and Jody Simpson, 24, who claimed his injuries were accidental.

The CPS dropped the case against them due to a lack of evidence, but Paula and Mark petitioned their MP and their police crime commissioner, leading to Smith and Simpson being jailed for 10 years in February 2018.

This Morning viewers were deeply moved by their interview, with many branding the couple, who already had seven children of their own when they started looking into fostering Tony, ‘incredible’. 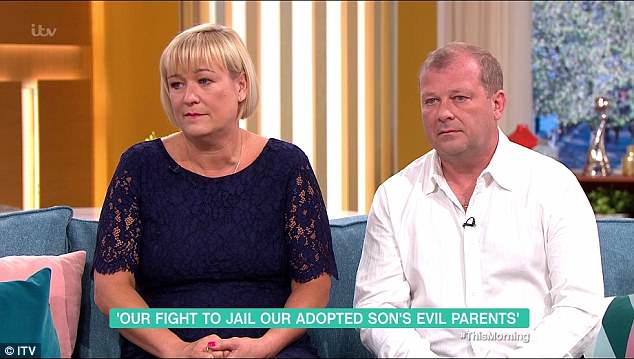 Paula and Mark Hogell, from Kings Hill, Kent, adopted their son Tony after he’d been abused by his birth parents

Paula explained: ‘I was given very little background other than his limbs were broken, which I thought… “bones mend”.

‘Seeing him initially with two plaster casts on his legs, I thought they would just mend. His big brown eyes, he was tiny, so tiny.’

When Paula and Mark were finally given a bit more information about the injuries he sustained, she was unable to handle what she was hearing.

‘I just broke down in tears and said ”I can’t listen anymore”,’ Paula recalled. ‘It wasn’t what I was expecting.’ 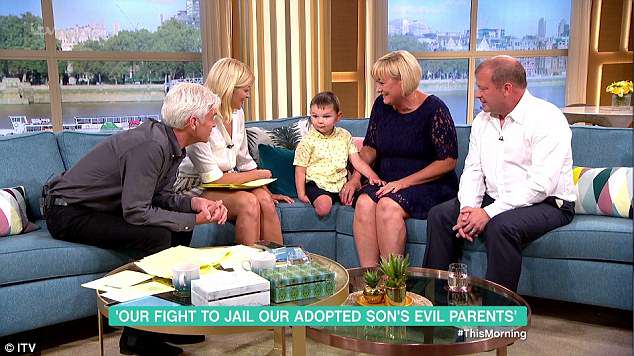 Tony had to have his legs amputated after his parents broke his legs in eight places and didn’t take him to hospital for 10 days, which led to infection

When Tony was admitted to hospital he was just ‘seconds away’ from death and doctors believed he didn’t have much chance of survival.

His birth parents claimed his injuries were the result of a ‘terrible accident’, and were still allowed three two-hour sessions with him a week.

However, they had actually inflicted a horrific ordeal on their little boy during which they swung him by his ankles and broke his legs in eight places.

They left him in agony with no medical treatment for 10 days, which they later said was because they were waiting for someone to come and fix their boiler. 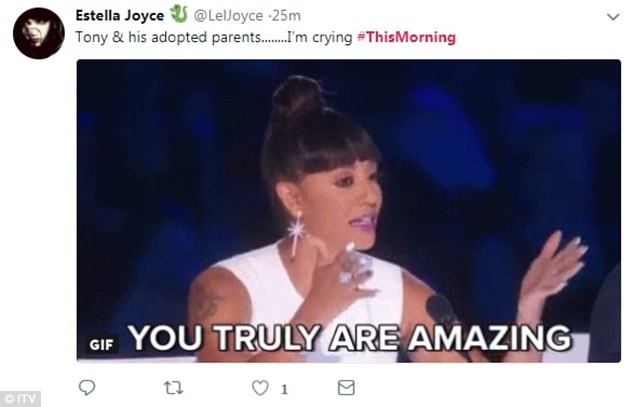 Many praised the parents and their love for their son, calling the couple ‘incredible’

And the abuse continued during their scheduled visits with Tony; they pulled down his cast and snapped the split in his leg, leaving it unsupported.

Paula and Mark decided to apply to adopt Tony in March 2015, but were told they couldn’t know the full extent of what happened until they were legally his parents.

The CPS informed them that there wasn’t evidence to charge Tony’s birth parents with the abuse.

However,  it was clear that something was going terribly wrong during the visits.

Paula explained: ‘That was hard. Every time he came back he was having night terrors. He didn’t cope very well and that went on for seven months.’ 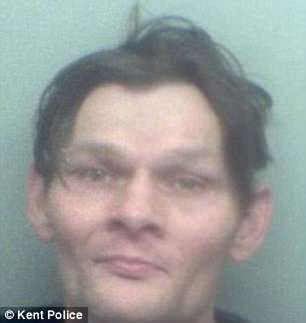 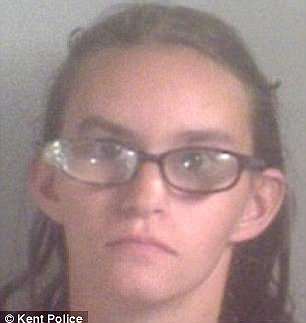 His birth parents Tony Smith, 47, and Jody Simpson, 24, were jailed for ten years in February 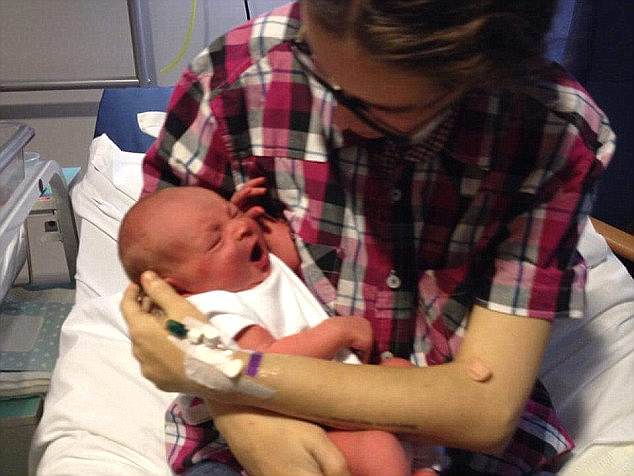 His adoptive parents weren’t content to let them walk free and have the freedom to attack other children, and started campaigning to get the case reopened.

They petitioned everyone from their MP to their local mayor and it took a year for the case to go back to court.

Meanwhile, Tony had to have both his legs amputated as infection had done them so much damage.

The couple adopted Tony in March 2016 and they were finally allowed to know the extent of his injuries.

Paula said: ‘It was absolutely heartbreaking, I don’t think we’ve cried so many tears.’ 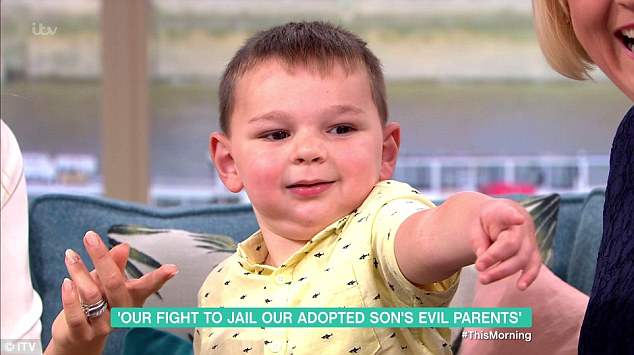 Tony Smith and Jody Simpson were each sentenced to 10 years’ imprisonment in February for what were described as ‘a series of spiteful assaults’ on their very young son which left him seconds from death with sepsis.

Viewers were left ‘sobbing’ at the interview, with many taking to Twitter to praise Paula and Mark.

One tweeted: ‘What a heartbreaking story. But he is such a brave boy and his adopted parents are so wonderful. Total wreck watching.’

‘Thank goodness that gorgeous little boy is now getting showered with all the love he deserves!’ another posted.

A third said: ‘He really is a star and so are his adoptive parents. Made me teary. Such a little cutie.’

A fourth agreed: ‘What an absolute amazing little boy and family. There are honestly some incredible people in this world & thank god they outweigh the bad.’

abuse, couple, fought, jailed, morning, parents, sons, This
You may also like:

‘Rhythm + Flow’s Flawless Real Talk Thinks Son, 1, ‘Has It In Him’ To Be The Next Big Rapper