Mother reveals 'miscarriage really can give women like me PTSD'

In this brave account, a mother haunted by flashbacks of her trauma reveals … ‘Miscarriage really can give women like me PTSD’

Many women will agree with me when I say that, for a long time, I dreaded my monthly period. Who, after all, can say they really relish that time of the month?

But my feelings were rather more profound than annoyance at the discomfort and inconvenience of it all.

The cramps that always herald the onset of menstruation brought with them distressing flashbacks which would reel endlessly through my mind.

Precisely six years ago last week, aged 35, I miscarried my longed-for second child. And, for a long time afterwards, my period brought with it terrifying memories of my miscarriage, prompting tears and panic attacks. 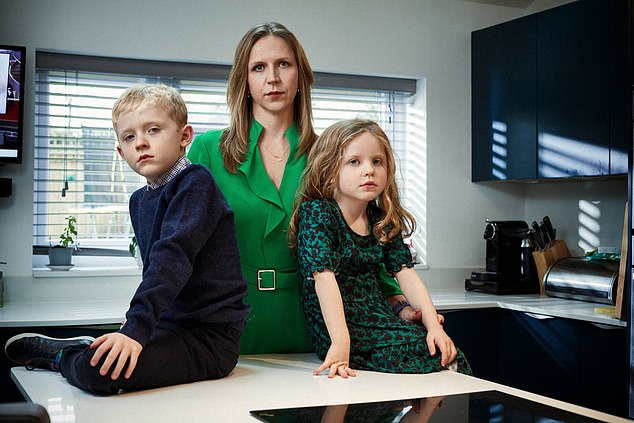 Emily Cleary with her two children. She suffered two miscarriages which have haunted her in the years following

Even today — I’m now 41 — when I consider the worst of my trauma to be ‘healed’, my period is a mental reminder of the darkest of days.

According to figures published by Imperial College London and KU Leuven university in Belgium, 29 per cent of women questioned showed symptoms of PTSD one month after pregnancy loss, declining to 18 per cent after nine months.

Most had been through an early miscarriage before 12 weeks, while the rest had had an ectopic pregnancy.

Of course, everyone grieves the loss of a baby. But PTSD is very distinct from grief. PTSD can see women crumble at the mere mention of miscarriage. Brutally vivid flashbacks and daily panic attacks can consume them.

When we lost our baby we had already picked a double buggy for our son and his new sibling, and shortlisted names. 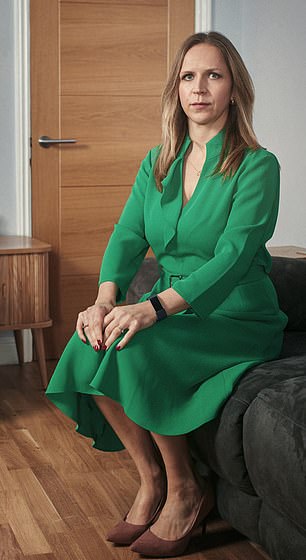 Having arrived at our 12-week scan with our then one-year-old son, we were flatly told ‘there’s no heartbeat’, before being ushered into a side room to discuss the next steps away from the gaze of other mothers-to-be for fear, the doctors said, of ‘distressing them’.

Medics said, and I quote, that what lay in my redundantly bloated belly was just a ‘blighted ovum’.

To us it was our second child.

Shocked and distressed, we were sent home to absorb the news with a view to returning two days later for a procedure called Evacuation of Retained Products of Conception (ERPC). Such a sterile phrase.

But nature wouldn’t even allow me that. On the morning of the operation, I woke with cramps. As I bent forward to kiss my son, I felt searing pain. The next second was the most terrifying moment I’ve ever experienced. Bloodied lumps began to fall from me, as my husband pulled my panicked toddler away.

Flashbacks of labour filled my head — the shudders through my body were all too familiar — but I knew that this time there would be no baby at the end of it.

For such a common condition, miscarriage is a taboo subject in a world where all other aspects of femininity are discussed. Yet more than one in four pregnancies end this way..

Ruth Bender-Atik, of the Miscarriage Association, says: ‘PTSD can manifest as a result of many different factors. Loss, pre-existing trauma, mental health problems or vulnerabilities can make a woman more susceptible.

‘The physical trauma can itself be enough, or it can be a combination of that and the post- miscarriage care that a woman does or does not receive.

‘Medical staff must begin to identify those at risk so that they are in a position to be helped. We need more thinking about how and when we screen for PTSD, anxiety and depression, and plan tailored support and therapies.’

Why, then, is this not happening? Perhaps because few admit miscarriage has happened to them, never mind discuss the raw physical reality of losing a child. 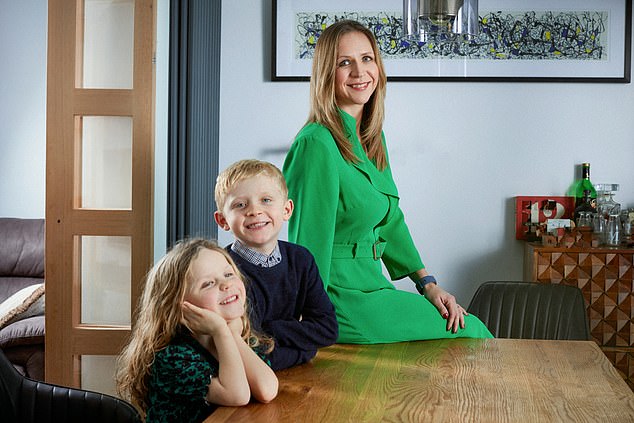 Emily says that people dismiss early miscarriage as not a ‘real baby’, with less sympathy given when the woman is in the first trimester despite it’s lasting impact

Like many women in the first trimester, I hadn’t told anyone I was pregnant apart from close family. When I miscarried, I had to relive the sadness over and over as I spoke to colleagues, friends, family to explain why I couldn’t attend meetings and parties.

If you lose a child later down the line, people feel more naturally sympathetic. But when it happens at what’s considered an ‘early’ stage, you are much more likely to be subjected to the ‘Well, at least it wasn’t a real baby yet’, or ‘Better it happened now than later’ comments. It’s as if you shouldn’t mourn the loss, just be grateful it happened at that point.

For me, the miscarriage meant 12 of the most horrific hours of my life. Contractions wracked my body every half-hour as an involuntary flood poured from me.

Later, in hospital, I was told everything had passed, and was sent home the next day. But, after six more weeks of bleeding so profusely my iron level had reached the point where I might have needed a transfusion, I was finally sent for the ERPC procedure, to ‘clear out’ the remaining parts of my miscarriage.

During those six weeks, the perpetual flow of blood and the agonising cramps induced flashbacks to the moment it all began. I suffered anxiety attacks; I cut contact with two pregnant friends and refused to take my son to baby groups. It was soul-destroying.

After my ERPC, I was able to start to look forward. But every time my period came, I felt a sick feeling in the pit of my stomach. My GP suggested antidepressants. Determined to conceive again, I refused the prescription. But for other women it could be essential to accept it for the sake of their mental health.

I had been lucky enough to conceive again very quickly — twins, an ultrasound revealed. But only one had a heartbeat; the bleeding was my body trying to push out the dead waste.

Over the next month, I had weekly scans to check whether the remaining foetus had survived. Throughout the pregnancy, I bled almost daily, causing huge worry. But, somehow, this strong little creature clung on.

The day my daughter was born was one of the happiest of my life. But the memory of the babies I lost, and how I lost them, will never leave me.

For more support and information, go to: miscarriageassociation.org.uk

What Danica Patrick Wants in a Relationship After Aaron Rodgers Split