M&S is selling bags of Colin the Caterpillar faces

COLIN the Caterpillar fans can now get their fix without waiting for a birthday to come around.

M&S has started selling bags of mini Colin the Caterpillar faces for just £2 in stores. 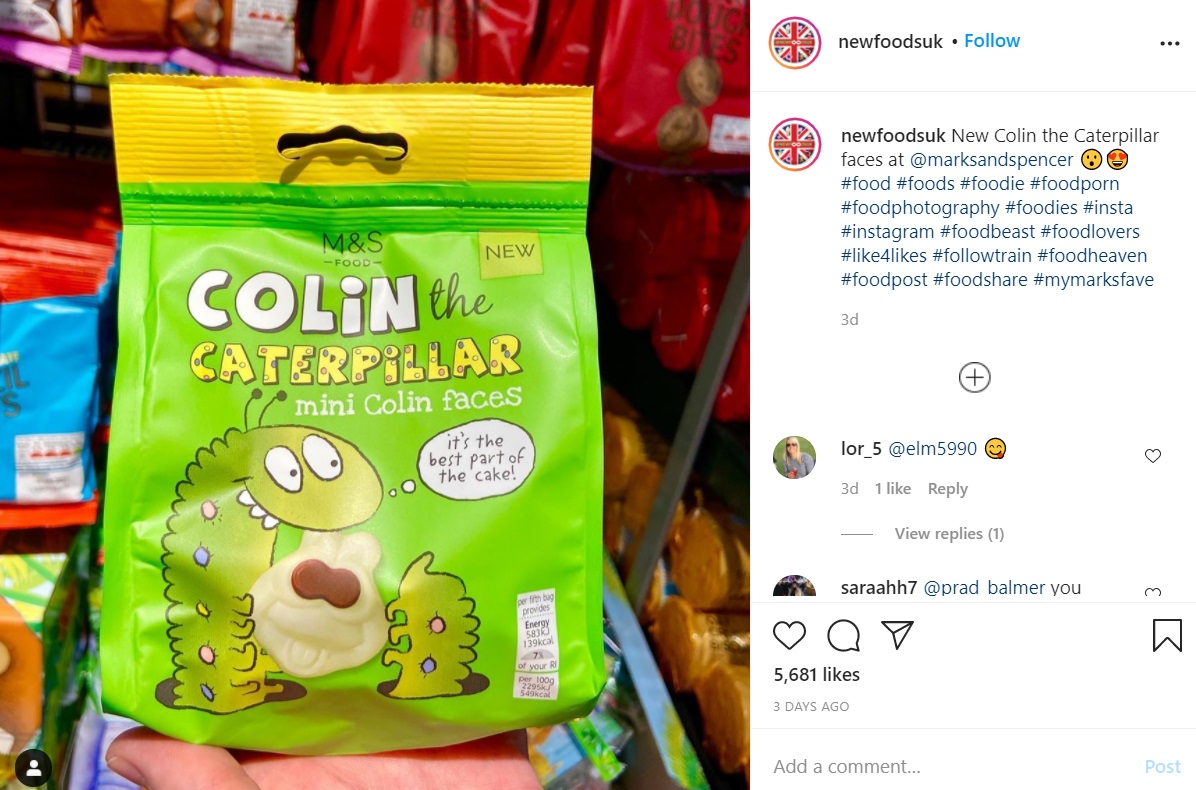 The famous birthday cakes are made from a chocolate sponge roll filled with chocolate buttercream, covered in milk chocolate.

And there's usually healthy competition over who gets the slice with Colin's face on – which is made from white chocolate decorated with milk chocolate beans.

But now you can get a whole bag full of mini versions of the faces – meaning no one is missing out.

The packs are on sale now in M&S food halls for £2 for a bag. The Sun has asked M&S how big each bag is and will update this story when we know more.

According to the packs a fifth of a bag of the mini faces contains 139 calories.

Unfortunately, even though M&S has teamed up with Ocado, we couldn't find the treats online for sale.

Instead you'll have to head for an M&S Food Hall. You can find your nearest one here.

The new packs were first spotted by eagle-eyed Instagrammers.

SweetReviewsUK said: "How lucky do you feel if you get the end piece of the Colin The Caterpillar cake? We know we do!

"So now you can feel lucky and special everyday with these new Mini Colin faces!"

NewFoodsUK also spotted the treats in a local M&S store. The post has had 5,682 likes so far, with plenty of fans keen to get their hands on the treats.

In other chocolate news, Asda is now selling Nestle white chocolate Munchies – but for a limited time only.

But it's not all good news for chocaholics as Biscuits & chocolate could be hit with extra taxes in Government’s battle to slim down Britain.

Tom Utley: I'm not a parent who wishes they hadn't had children