‘Why didn’t I think of this?’ The clever reason why home cooks are making banana bread in ice cube trays

An Australian woman has been baking banana bread in $1.50 Kmart ice cube trays as the perfect ‘bite size’ snack to enjoy while working.

The mother posted images of the unique cooking method on social media, which showed four of the budget trays filled with the homemade mixture.

‘So I did a hack I’ve seen on here before and used the silicone ice cube trays to make banana bread bites,’ she said. 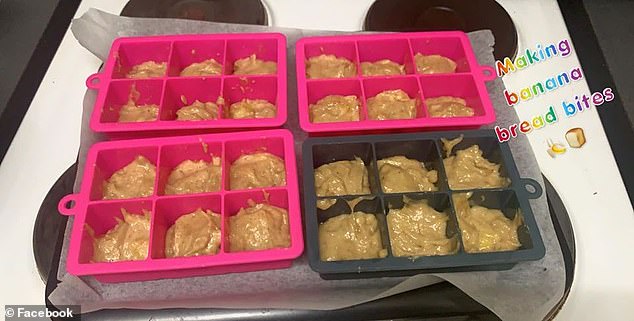 An Australian woman has been baking banana bread in $1.50 Kmart ice cube trays as the perfect ‘bite size’ snack to enjoy while working 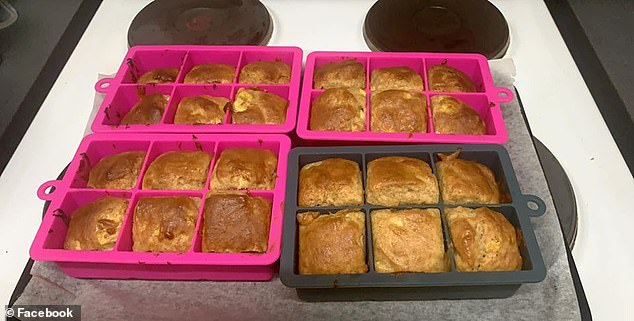 ‘So I did a hack I’ve seen on here before and used the silicone ice cube trays to make banana bread bites,’ she said

‘They worked out perfectly. The perfect little snack when I’m at school marking work or making resources.’

She used a regular banana bread recipe to make the mixture, which tends to include mashed ripe bananas, vanilla extract, eggs, flour, sugar and milk.

The woman sprayed the inside of each ice cube square with cooking spray – but butter would work similarly well – before spooning the mixture in.

‘I put two teaspoons of mixture in each hole because I used self raising flour to make room for them to rise,’ she said.

‘The recipe asked for 50 minutes but using these trays it took only 15 minutes to cook.’

Many didn’t realise you could place silicone into the oven, but so long as they are coated in cooking spray or butter the mixture inside won’t stick to the surface.

2. Add the baking soda and flour after the liquid ingredients.

4. Pour a few teaspoons of the mixture into each ice cube tray.

5. Put into an oven set to 160 degrees Celsius and allow to cook for 15 minutes. 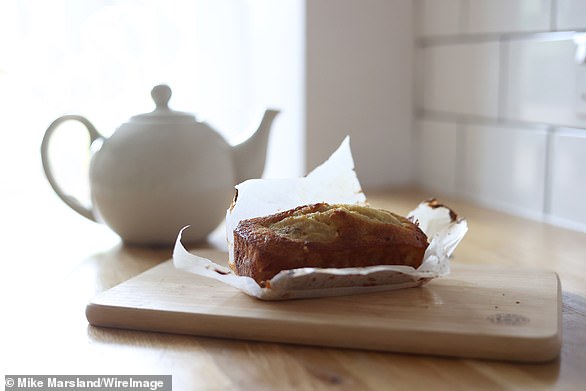 Banana bread is typically cooked in a loaf, as shown (the recipe is from Food.com)

‘So many uses for these! I make a chopped veggie mix for my birds and bulk freeze them in these, perfect sized portions,’ one woman said in reply to the post.

‘Yum these remind me of the banana and choc chip muffin bites I used to eat as a kid,’ said another.

The woman said with all the success she had using banana she’s now going to try a brownie mixture in the trays.

Genius, hack, he, mum’s, sees
You may also like: