Musical soulmates serenade each other through hard times

Both Kees Boersma, 55, and Kirsty McCahon, 51, play double bass, he with the Sydney Symphony Orchestra, she formerly with the Australian Brandenburg Orchestra. They have two sons, and have supported each other through crushing illnesses. 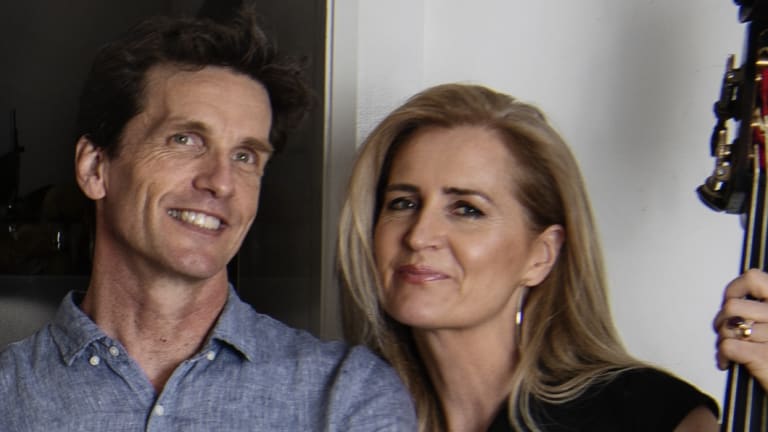 Kirsty McCahon: “We were told not to have children, not to make big life decisions, that Kees would be in a wheelchair within six months.”Credit:Louise Kennerley

KEES: I grew up in South Australia, but was born in Holland, one of eight children. I initially played recorder, then double bass. Music was a very different course to take compared to my siblings, but when I joined the Australian Youth Orchestra (AYO) and was around like-minded people, it energised me and made me wonder if I could have a life in music.

Kirsty and I met at the Victorian College of the Arts in 1985 when I was 21, but it feels like I’ve always known her. She certainly made an impression on me; she’s a real force of nature. But we were both in relationships, so the next few years were quite convoluted. Two years later, we played together in an AYO program and felt very drawn to each other, but it wasn’t until 1989 that we got together properly. I’d been working in Amsterdam for two years and when I returned to Melbourne we both worked for Orchestra Victoria and had a very intense, wonderful year together; it felt very right.

In 1990, I was fortunate enough to get principal bass at Sydney Symphony, and Kirsty went off to Paris. She wanted to develop herself musically and when she moved to Sydney [in 1993], we finally moved in together. Towards the end of 1994, I landed heavily in a chair and smacked my elbow on the armrest. I kept playing but it developed into a more serious issue and over the next three years, there were episodes where muscle groups in my left-hand side wouldn’t function. I saw every doctor I could and was ultimately diagnosed with multiple sclerosis. After four years, the diagnosis was readjusted to multifocal motor neuropathy [but] many doctors told me I’d never play again.

It was a really terrible time. At my lowest point I felt everything in my life wasn’t valid, including my relationship. Amazingly, Kirsty was patiently there for me through it all, even though I was desperately pushing her away. When I began to see a glimmer of light and was able to rebuild myself physically and return to the orchestra [in mid-1997], she was there still. Doctors were telling us not to get married or have kids, so we decided to defy it all by making big decisions. Kirsty’s offer of marriage came in our bathroom in Newtown in 1999 and I thought it was a terrific idea; nine months after our wedding Jasper arrived, and Hugo 22 months later.

The years since have been blessed, although Kirsty has had neurological issues as well. It never feels good watching someone you love go through that, but thankfully I had some understanding of what she was going through, so was able to support her as well.

Kirsty and I interconnect in so many ways and in everything to do with music. It took a while to get used to her way of helping me; she can be quite blunt, very truthful, and when you’re on the receiving end you have to be able to deal with that. But taken the right way, it’s beneficial.

KIRSTY: After meeting Kees, I went home and said, “I’ve met my soulmate and we’ll lead our lives [separately] and do the things we need to do, then in our 60s we’ll find our way back to each other.” Little did I know we’d make our lives together.

As a child, I’d lived in a small Victorian country town and was always interested in sound. In high school, I found a double bass in the school cupboard. Initially, my teacher was very reluctant because girls didn’t play the bass and didn’t sit with their legs spread. I played in all the youth orchestras and, after meeting Kees, spent a lot of time overseas playing with all the big European early-music ensembles. It meant our relationship was very on and very off, but I needed to find my own way.

Before Kees’ cataclysmic health problems, we’d been together for five years. I was in my mid-20s and it was terrifying. We were told not to have children, not to make big life decisions, that Kees would be in a wheelchair within six months. I went back to Europe for a long stint because I needed to know my career was strong enough to support us both if need be, which it was. It was devastating, watching the man you love fight his body fighting itself. But Kees is an extraordinary individual and he worked so hard to come back from that awfully dark place.

I’d never wanted to be a wife. I didn’t want to give up the life I thought I had. But finally I realised I could be me in this union. We were married on our family’s farm, below a 400-year-old river red gum. My dad took the service and our dear friends played extraordinary music.

In 2011, I suffered extreme vertigo, crushing headaches, double vision and acute photosensitivity. Within a week I was unable to walk, talk, read or think properly. My neurologists diagnosed mal de débarquement syndrome [a neurological condition that can follow air travel or a sustained-motion event]. I slept 16 hours a day for six weeks, then retrained my brain and body for the next six months. I could still play the bass, which the neurologist found fascinating. Kees was incredible during this scary and challenging time, caring for me and ensuring our two young sons weren’t too traumatised. Today I’m perfectly fine, but it took a long time.

Some of my most glorious moments have been us playing together with the Australian World Orchestra. My father died the night before the first rehearsal of an extraordinary work for double bass by Elena Kats-Chernin. On opening night, we started playing this beautiful music and I looked out and saw our two children and thought, “How fortunate we are. Here we are, doing exactly what my father wanted for us: living our lives to the full.”

To read more from Good Weekend magazine, visit our page at The Sydney Morning Herald or The Age.