They’re PERI big fans! The friends who are so obsessed with Nando’s they’ve eaten at almost 500 different branches between them

Two friends have told how they’re such big fans of Nando’s they’ve visited nearly 500 different branches of the restaurant between them – in locations as far afield as the US and Dubai.

Marc Joss, 29, and James Colom, 28, from north London, love the chain’s peri peri chicken so much they even co-founded a dedicated website – Rate Your Nando’s – where fellow fans can share their meal ratings and favourite menu combinations.

The duo were first introduced to Nando’s as young boys and have been devoted diners ever since, they said.

The duo appear in the Channel 5 documentary, Nando’s: A PERi-PERi Big Success Story, in which they discuss their passion for its fiery chicken. 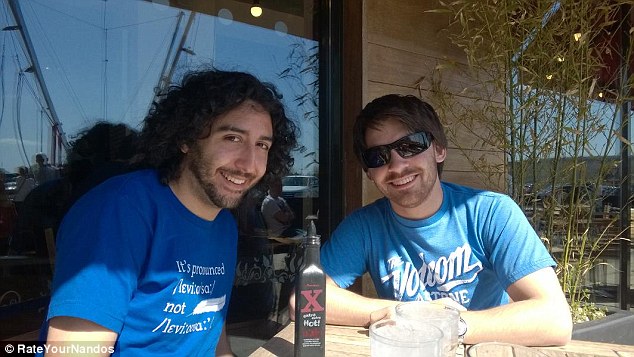 Marc Joss, 29, and James Colom, 28, are the founders of Rate Your Nando’s, a site devoted to sharing ratings of your favourite menu combinations 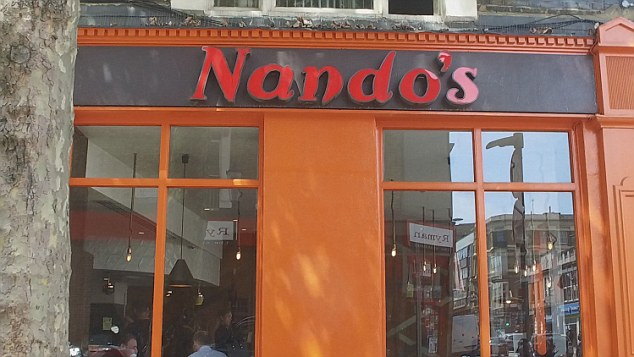 Launched by founders Robert Brozin and Fernando Duarte in 1987, Nando’s currently has restaurants in 24 countries with 400 outlets in the UK

Marc, a football translator and interpreter, has eaten in a staggering 251 outlets, including restaurants in the US and Dubai.

His pal and co-founder James, who works in computer technology, has sampled 238 different branches.

They know everything there is to know about Nando’s, including how the brand’s global success story began with its first restaurant opening in South Africa, in 1987.

Launched by founders Robert Brozin and Fernando Duarte, it currently has restaurants in 24 countries – with 400 outlets in the UK alone.

After first trying the chicken and chips meal back in 2005, James and Marc would enjoy eating it regularly and then continued to dine on its spicy chicken and chips in Birmingham, where they both went to university.

They launched their website when their receipts from the restaurants began mounting, and they realised that some of the meals they enjoyed at different outlets were better than others.

An introduction on their Rate Your Nando’s website reads: ‘It is a common myth that all Nando’s are the same, as any frequent visitor will confirm.

‘It is for this reason that Rate YOUR Nandos was created.

‘We hope that together, the world’s Nandoers can create an exclusive online database which will aid visitors to any branch, be it their first or 100th.’ 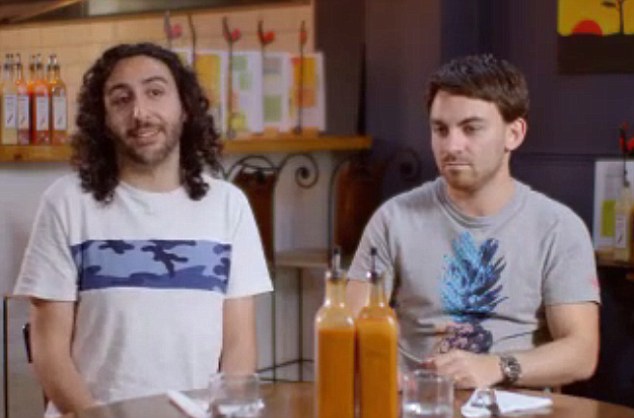 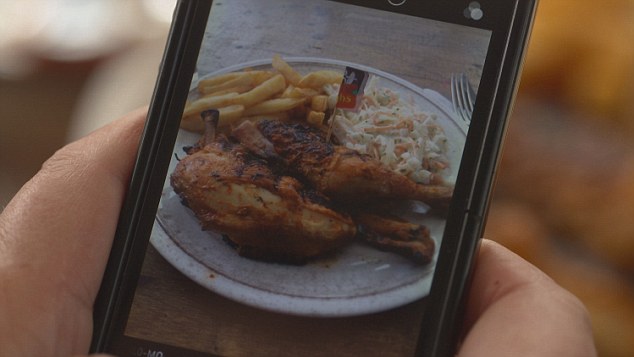 James explained how, having started with the mildest variety of the restaurant’s signature marinade, he had graduated to hotter versions since his early days at Nando’s.

‘Lemon and herb was quite spicy for a 15-year-old who had never had spice before,’ he joked on the show.

The more daring Marc said his first taste of the famous PERi-PERi marinade was in the form of the ‘medium’ hot sauce, while he now favours his chicken in an extra hot marinade – and doused in the eye-watering XXHot sauce.

‘We’ve found that the biggest jump is medium to hot, rather than hot to extra hot,’ the seasoned experts said.

The Nando’s concept – asking diners to choose how spicy they would like their chicken, mild, medium, hot or extra hot – has played a big part in the chain’s enormous appeal with customers. The documentary explains how Nando’s successful approach saw it targeting young diners who in return have ‘rewarded it with fierce loyalty’.

For their part, the duo said its fans’ activity on social media meant the chain has no need to advertise in the UK, as its young customers post about their meals online.

‘I’ve seen them wish students good luck for their GCSEs and A-Levels and university exams and they do it in a way that is genuine and also humorous.

‘I think that is a brilliant strategy,’ Marc said.

Even the launch of the Nando’s Defence League, amidst the 2011 London riots that saw a branch of the chain damaged, won support from Marc and James.

‘That was an important and noble cause at the time,’ they chuckled.

‘It was something that lots of people found bizarre, interesting and hilarious all at the same time. Thankfully no other Nando’s were harmed after that point.’

Nando’s: A PERi-PERi Big Success Story airs on Thursday on Channel 5 at 9PM

$500, branches, Chicken, Different, lovers, Nandos, Them
You may also like:

The Party House From Scream Is Now on Airbnb, and There's a Direct Line to Ghostface