When Kristin Cavallari announced her new reality show, most people likely though that she would be the main character. And she is, of course, as the show centers around opening a brick and mortar store in Nashville for her brand, Uncommon James. Very quickly, though, her employees were a huge hit on social media and everyone seems to be clamoring for more information about them. So far, most of the chatter has been about Shannon Ford, who runs the company’s social media and isn’t getting along so well with the other staff members. In the name of not judging a person by their reality TV drama, here are a few things that Very Cavallari’s Shannon’s Instagram reveals about her life, and quite possibly, the drama she’s participated in on the show.

"I’ve been doing social media professionally forever," she said on the show. "I’m good at making our social media look different from everyone else’s." She has helped the official Instagram of Uncommon James amass 293,000 followers, and Twitter, 3,800. That said, Instagram seems to be her strong suit, and that was reiterated on the show after she was berated by colleague and brand manager, Brittainy, for neglecting the other social networks. Shannon’s personal Instagram boasts nearly 60,000 followers. So what do her social media ways — strategies, if you will — say about her?

She Got The Drama From Her Momma, Whom She Loves Dearly

If you were wondering where Shannon gets her fiery red hair, look no further than her equally sassy mother, to whom she has dedicated an entire Instagram story highlight titled "Mom says:". The highlight features many screenshots of hilarious texts from her mom critiquing Shannon’s ambiguous Instagram captions, and also, updating her on the beloved livestream of baby birds hatching in their backyard.

She Is Equally Obsessed With Her Boyfriend & Her Best Friend

You guessed it, she has overflowing IG story highlights dedicated to those two, as well. As viewers learn from the show, Shannon is dating country musician, John Gurney, and she’s best friends with Uncommon James’ honorary model, Taylor Monaco.

The highlights are respectively named "Da Boy" and "Tee Tee," her nickname for Taylor. Although the show has stirred up some drama between the pair of BFFs they seem to get along just fine when the cameras are turned off.

Taylor has recently gotten married and is pregnant with her first child, and Shannon is, naturally, happy to have a designated driver for nine months, per her highlight. As for John’s highlight, get ready for some too cute kissing boomerangs and party selfies, drinks in hand. 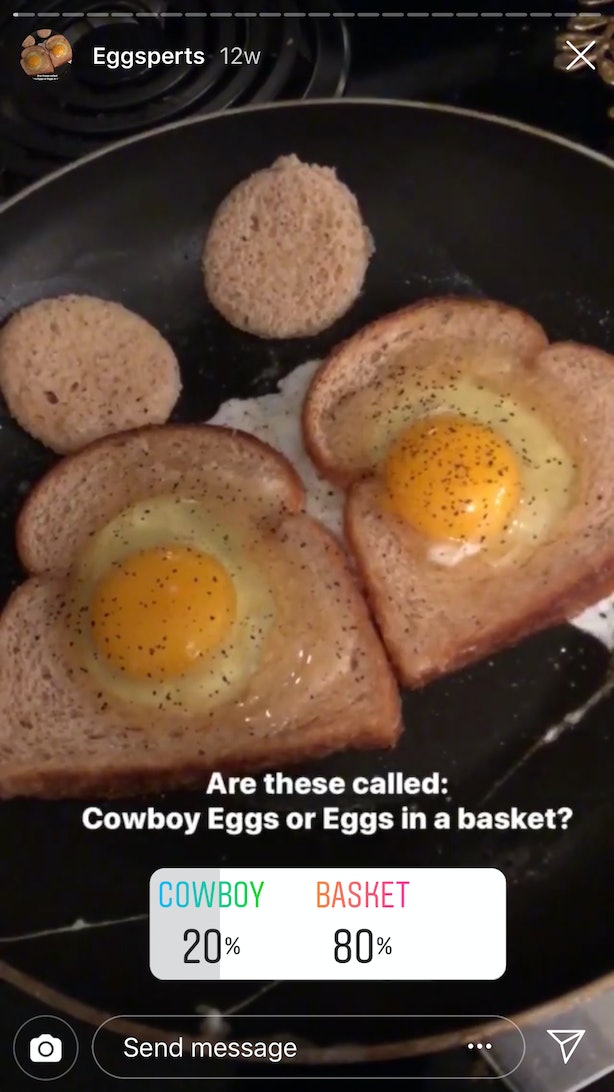 If you haven’t gathered, it’s safe to say that Shannon’s IG Story game is strong. But that should be expected considering that’s kind of her job. One of her highlights is entirely dedicated to cooking eggs, particularly eggs in a basket. You know, the age-old breakfast in which the yolks are housed in perfectly carved circles centered, and fried in pieces of bread?

Shannon needed help perfecting them like her grandma did, and, she found out through her public inquiry that not everyone calls them the same thing. Basically, Shannon is doing the hard work out here. To see the entire egg-scapade, click through the highlight, appropriately named "Eggspert."

There’s no doubt that Shannon is in a committed relationship with tequila. It’s featured on her page just as much, if not more than Uncommon James jewelry. But who doesn’t love a good margarita?

She Wore Newsboy Caps Before They Were Cool

On #OldHeadshotDay, Shannon blessed her followers with some gems. One being a shot of her in a particularly puffy newsboy cap — you know, the stylish caps that took over Pinterest boards about a year ago? She was an influencer before they existed. There’s obviously a lot more to Shannon than what people see on Sunday nights during Very Cavallari.

Who knows, maybe she’ll even spill some show secrets in an Instagram Story sometime soon.