This new luxury car has a bespoke TEA SERVICE

The ultimate luxury! Maybach’s new concept car has its own TEA console between seats – complete with porcelain mugs and a special spot to heat the kettle

You may think you have a fancy luxury car — but how classy could your ride actually be without custom tea service built in?

Clearly not classy enough. But the car makers at Mercedes have set out to fix that with their latest vehicle, the Vision Mercedes-Maybach Ultimate Luxury, a new SUV that was unveiled this week.

Though not officially on the market, the ‘concept car’ features nappa leather seats, rose gold accents, a touchscreen center console — and a special spot in the middle with a porcelain tea set designed for in-car brewing. 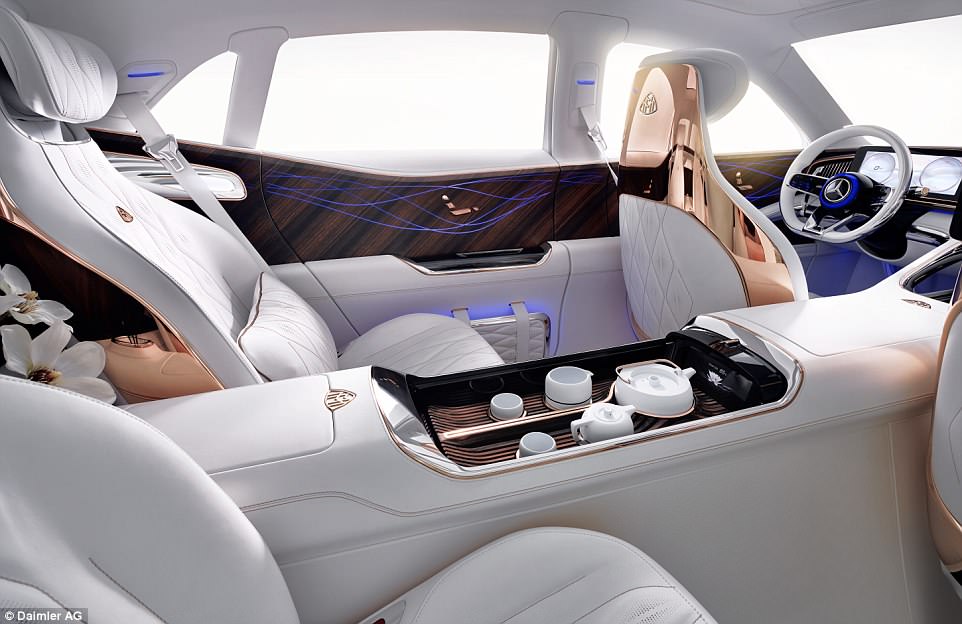 On the go: The Vision Mercedes-Maybach Ultimate Luxury, a new ‘concept car’, was revealed in China this week 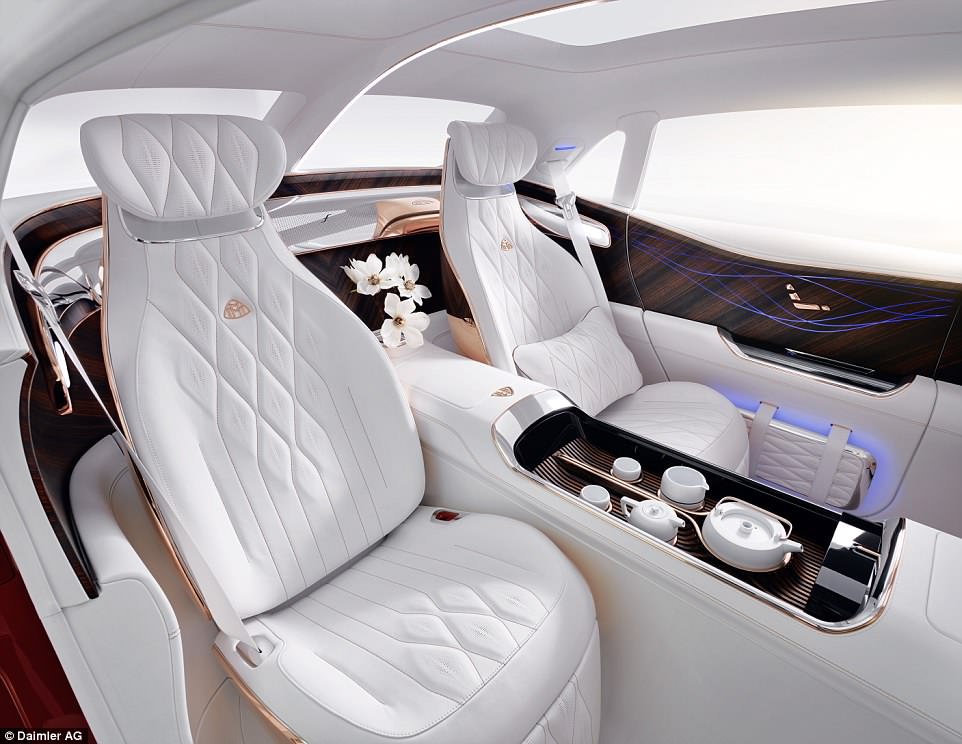 Sip and zoom! The luxury SUV, which is not available to buy at the moment, features a bespoke tea service in the center console 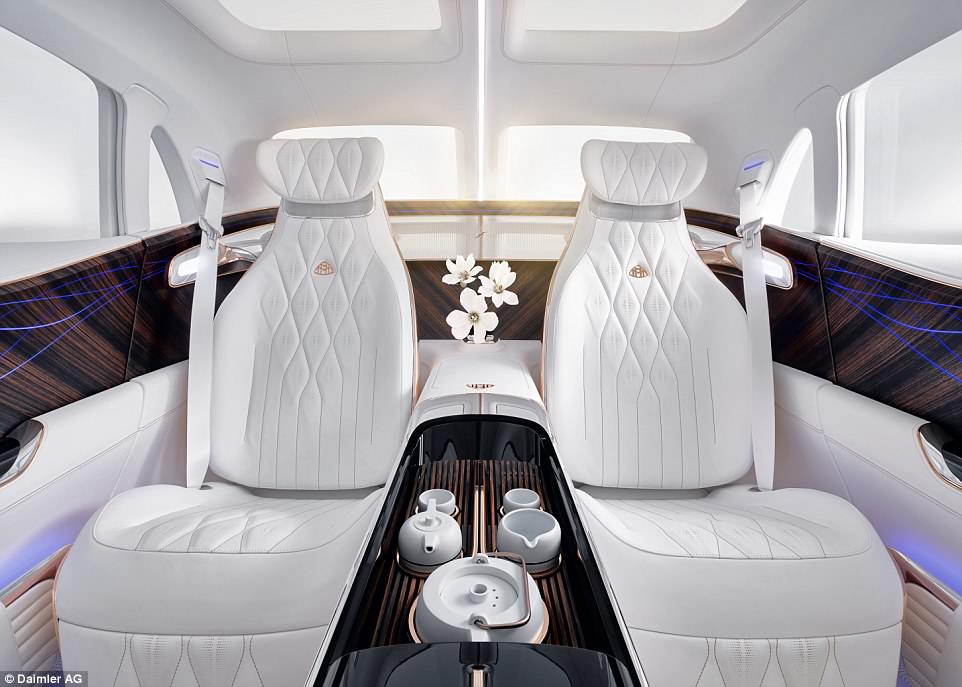 Very necessary:  The tea pot, milk and sugar jugs, and cups can all be stored away when they’re not being used 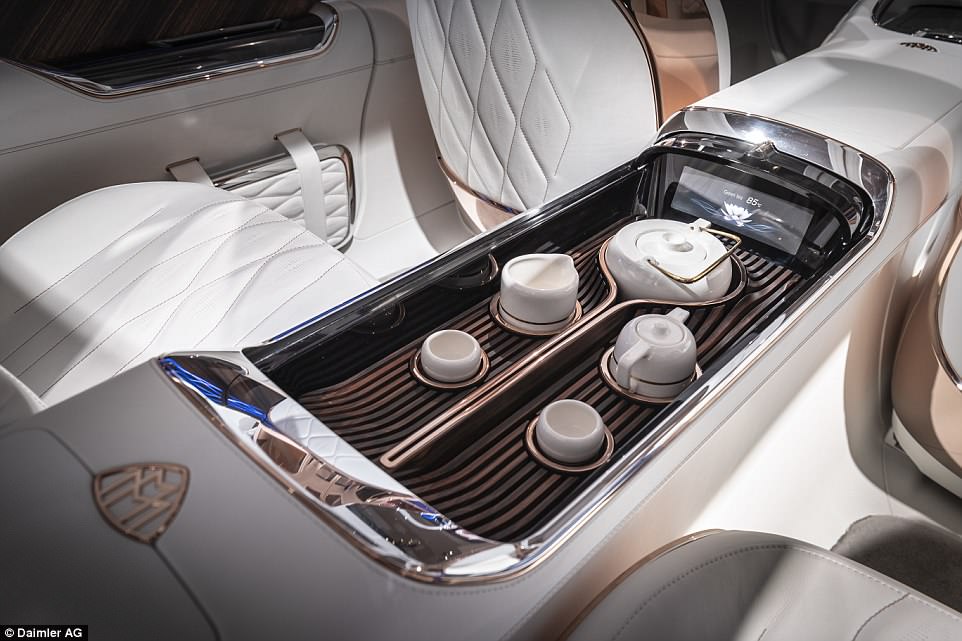 On fire! The console even heats up the kettle and has heated spots for cups

The Vision Mercedes-Maybach Ultimate Luxury made its debut at the Beijing Motor Show on Tuesday and promises to transport rides into ‘an unprecedented world of luxury’.

Categorized as a ‘concept car’ — meaning its still just a dream and not actually available for purchase — the SUV is fully electric, has fast-charging functionality (100 miles on just a five-minute charge), white nappa leather seats, a skylight, and a touchpad on the steering wheel.

But one truly unique feature has captured the attention of bloggers and social media users: the bespoke tea service lining the center of the interior.

Inside the car is a center console that runs from the dashboard all the way to the back, the middle of which opens up to reveal a porcelain kettle, two cups, and pots for milk and sugar.

These sit atop a heated tray, so tea can be brewed en route. 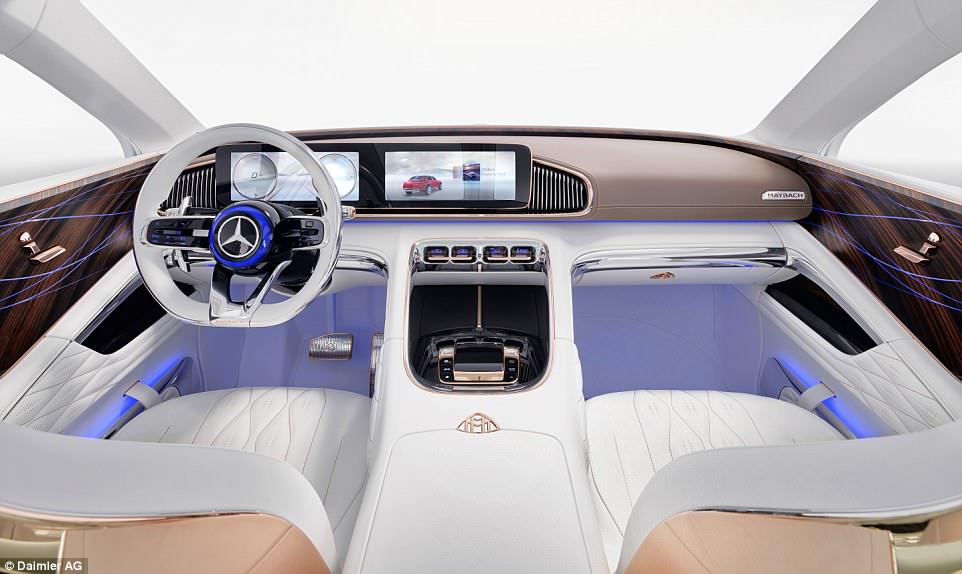 Seriously high-end: Naturally, the car has many other luxury features as well 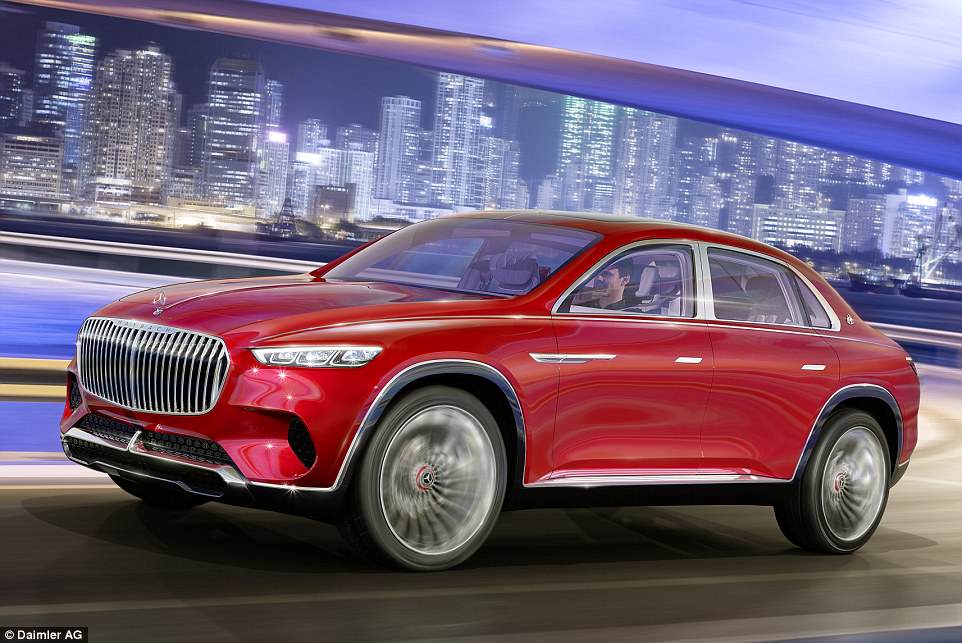 Wow! The car also has the ability to play music based on a passenger’s mood, adjust the heating and AC based on riders’ comfort, and release fragrances.