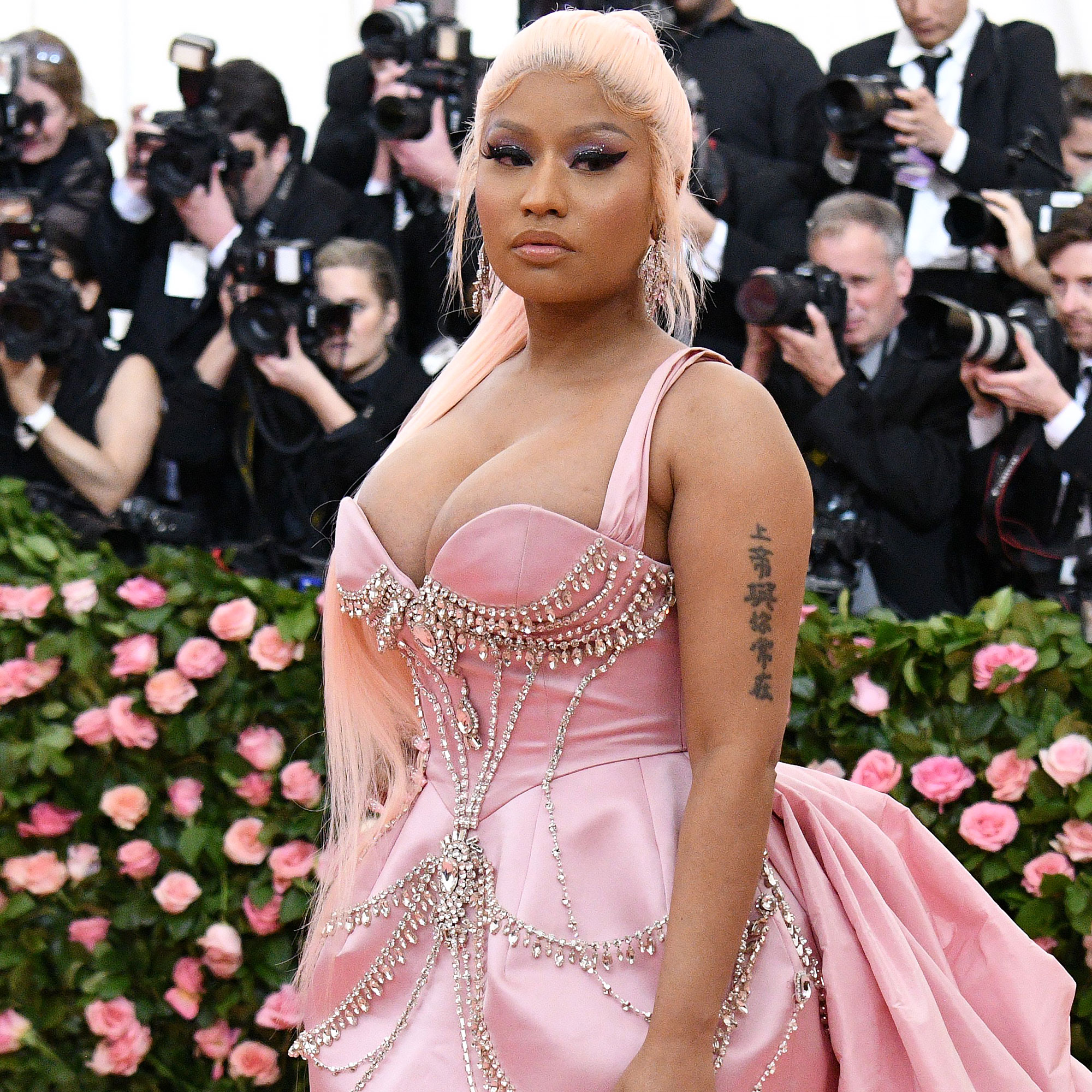 Speaking up. After Nicki Minaj revealed her reasons for not attending the 2021 Met Gala on Monday, September 13, and voiced her opinion on the COVID-19 vaccine, several late night talk show hosts brought up her comments during their monologues.

Stars Who Tested Positive for Coronavirus

The “Starships” rapper, 38, has since called out hosts Stephen Colbert and Jimmy Kimmel via Twitter for not including her full reasoning in their jokes.

“I never cited that as a reason I didn’t get vaccinated,” Minaj tweeted on Tuesday, September 14. “The lie is so funny/entertaining tho. I’d say smthng mean to this lady but I rlly like Stephen Colbert. [laughing face emoji] #SuperBalls.” 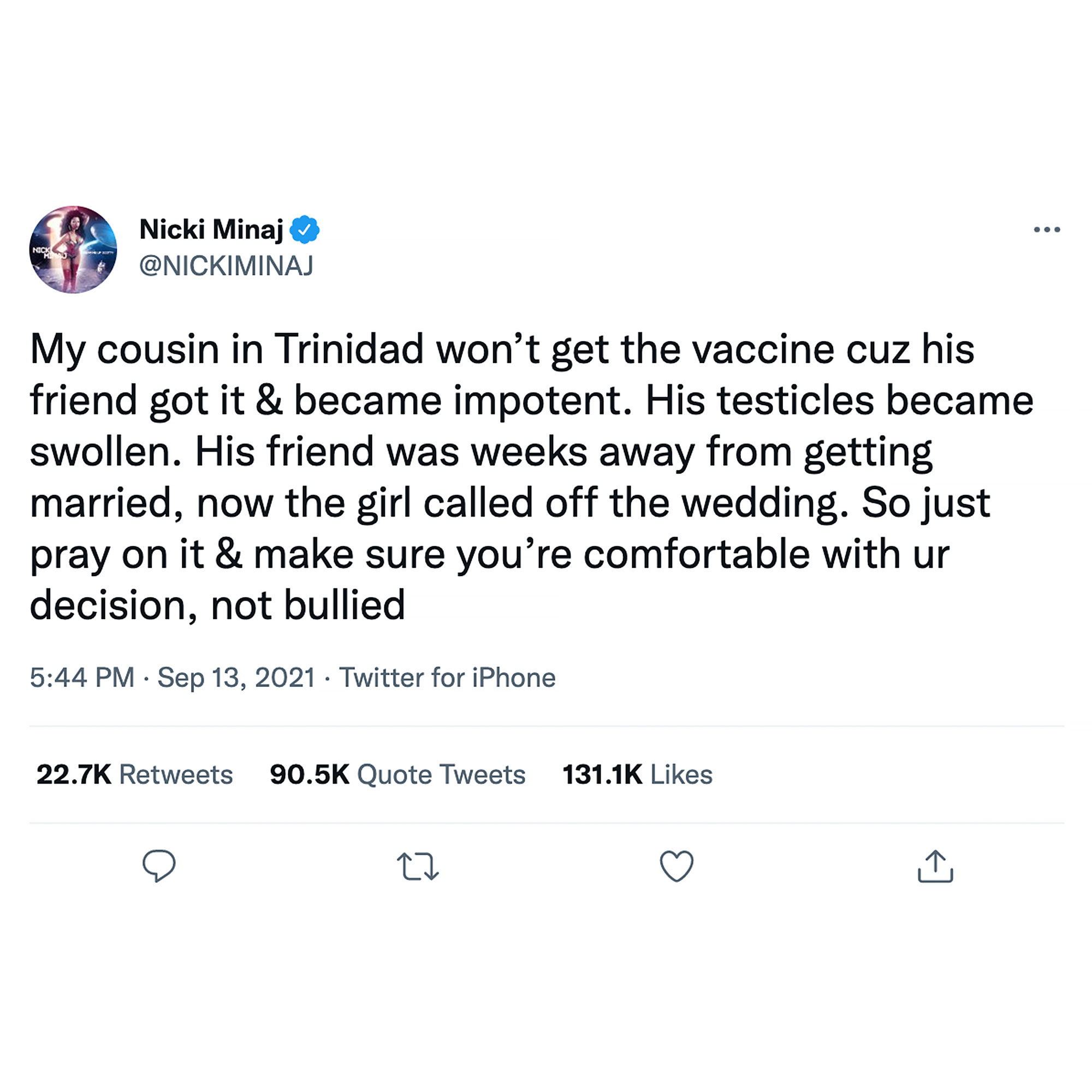 Alongside her message — which has since been “liked” more than 19,000 times — she reposted a clip from the 57-year-old host’s CBS show, in which his team spoofed her “Superbass” song.

In a separate tweet, the New York native also replied to a clip of Kimmel, 53, talking about her claims, writing, “[My friend is] willing to talk for the right price. I’m his manager. Call me, Jimmy [phone emoji].”

The performer previously cleared up the rumors about why she wouldn’t appear at the Met Gala on Monday.

“I have an infant with no nannies during COVID. who mad? Not risking his health to be seen. One yaself,” the “Anaconda” performer tweeted at the time, referring to her young son whom she shares with husband Kenneth Petty.

“They want you to get vaccinated for the Met. If I get vaccinated it won’t [be] for the Met. It’ll be once I feel I’ve done enough research. I’m working on that now,” Minaj wrote.”In the meantime my loves, be safe. Wear the mask with 2 strings that grips your head & face. Not that loose one 🙏♥️.”

Before confirming her absence from the fashion gala, Minaj tweeted several days earlier that she would be skipping the MTV Video Music Awards after a COVID-19 diagnosis.

Mommy’s Boy! Everything Nicki Minaj Has Said About Parenthood, Her Son

“I was prepping for vmas then i shot a video & guess who got COVID?” she wrote. “Do u know what it is not to be able to kiss or hold your tiny baby for over a week? A baby who is only used to his mama? ‘get vaccinated’ Drake had just told me he got covid w|THE VACCINE tho so chile.”

She initially tweeted that she’d be skipping the MTV ceremony on September 9, noting, “I’ll explain why another day. But I love those guys at MTV. Next year we there baby.”