Kim Kardashian’s first-born, North West, is a rambunctious little one. She’s not one to shy away from sticking her tongue out at the paparazzi or playing around in her mother’s makeup, even when Kim explicitly tells her not to. Kids will be kids! Earlier today, Kim posted a series of clips on her Instagram Stories that show her 5-year-old making a mess of Kim’s KKW Beauty x Mario Eyeshadow Palette, and the ~lewk~ North created sure is something. 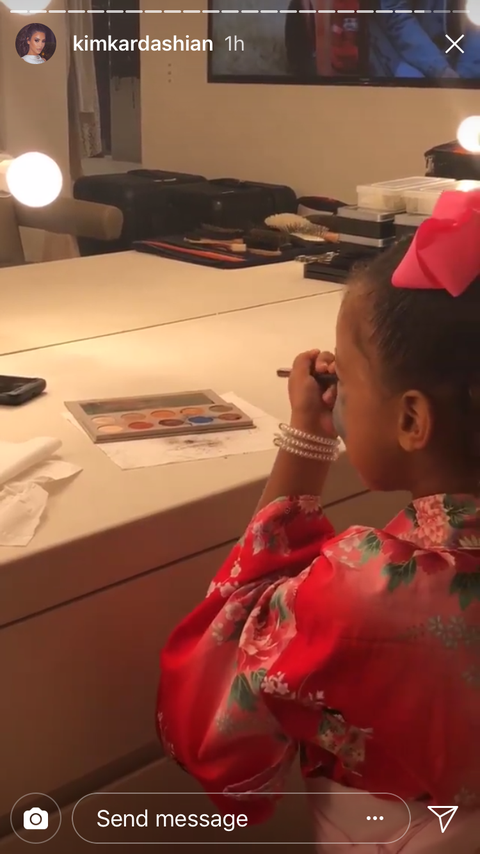 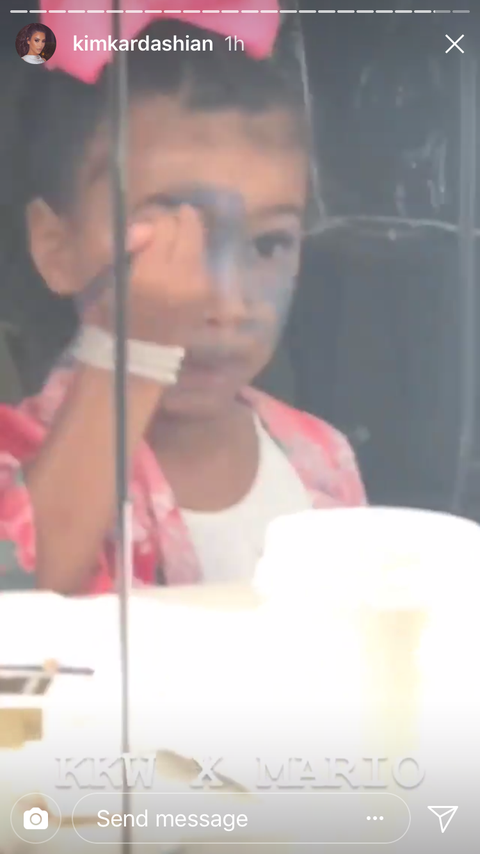 In the videos, Kim asked North, “What are you doing with my Mario palette? Turn around.”

That’s the look of someone caught red-handed — or actually, blue-handed!

But when Kim saw North’s face covered in blue eyeshadow, she couldn’t keep it together and started laughing as she said, “Stop it. Hey, that’s not how you put on eyeshadow.” 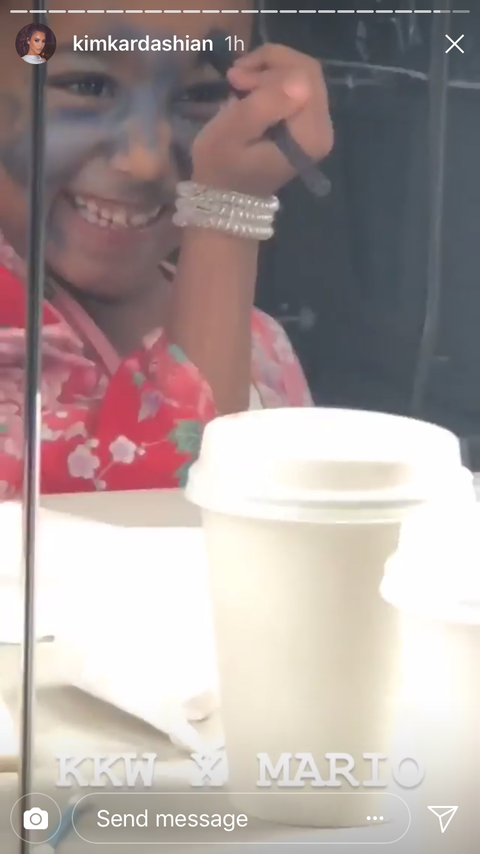 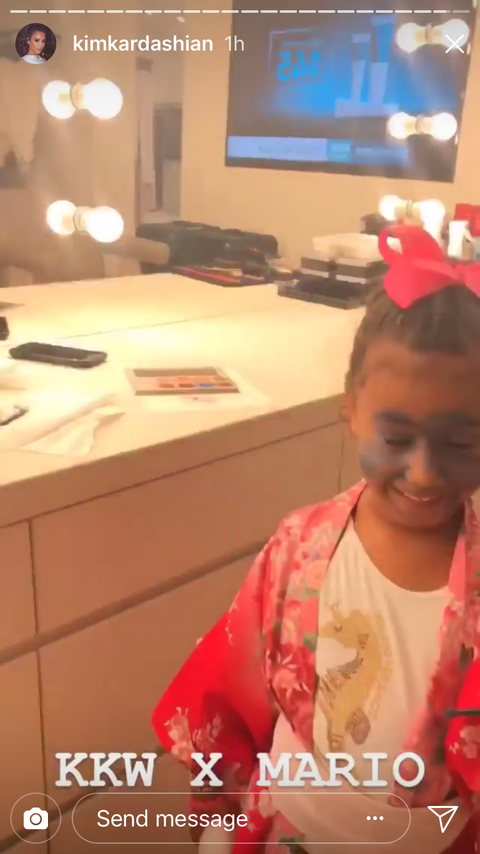 This isn’t North’s first go at makeup — last year, she gave one of Kim’s friends a “magical” makeover using ColourPop’s My Little Pony collection, and it was equally as adorable!

With any luck, North will be at Kim’s KKW Beauty pop-up shop giving out makeup advice and starting her career as a beauty guru!