The Sydney-based, yacht-loving son of a wealthy Chinese businessman has been accused of having more than $200 million flow through his Australian property development company without any records to show for it.

Richard Minfeng Gu headed up the AXF Group and its property, mining and mineral water empire until this year when Malcolm Howell was appointed by courts to liquidate the business which collapsed under debts of more than $200 million. 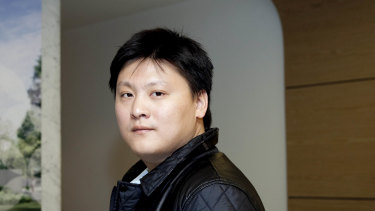 "Nothing adds up," said Mr Howell. "It's a real mystery to us as to how he has used $200 million of creditors' funds."

Making the money trail harder to pursue has been the refusal of Mr Gu to provide books, records or company accounts covering the past five years. This has meant that Mr Howell did not have a complete picture of how the company used its funds.

It's been a bad year for the controversial property developer, 37, with his yacht "Fat Fish" impounded, his fleet of luxury cars repossessed, fending off bankruptcy and having Mr Howell appointed by the court to liquidate his empire.

Assets of the AXF Group include shares in a gold mine in the Solomon Islands and shares in Cape Grim holdings which bottles spring water in Tasmania.

Mr Gu found himself the centre of embarrassing publicity this year when, for the third time, he failed to close on a high-end Sydney real estate deal.

The first was in 2016 when he forfeited his million-dollar deposit when he failed to complete the $19.8 million purchase of actress Cate Blanchett's house in Hunters Hill.

That was followed by AXF Group's defaulting on the deal to buy the Potts Point apartment of well-known architect Deece Giles in December 2016 for $3.9 million. Mr Gu said at the time the property was too small. 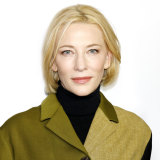 Mr Giles took legal action to appoint a liquidator to wind-up AXF over the debt. Mr Gu ended up settling with Mr Giles. Since then, others who commenced legal action to have AXF Group wound-up over unpaid debts include the Melbourne United Basketball Club, a Surry Hills interior designer and Mercedes-Benz's financial arm.

Mr Gu reneged on his agreement to pay $19 million for a Point Piper mansion this year. He said it was a "misunderstanding" as the deposit was really two years' rent and he had decided he didn't like the house.

In April prominent Melbourne architect Rob Mills commenced bankruptcy proceedings against Mr Gu when the property developer failed to pay for work the architect had done in relation to the Point Piper home. The matter was settled and Mr Gu said this too was "a misunderstanding" and that the pair remain good friends.

"My first fortune as an entrepreneur in Australia was due to my father's investment," Mr Gu told Chinese media in 2012. 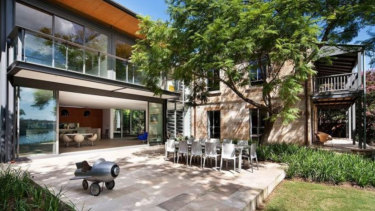 Last week Mr Gu's parents, who are owed $86 million, along with other creditors mainly former employees, voted to oust Mr Howell as the court-appointed liquidator of Mr Gu's company. A creditor which did not support this was the tax office, which is owed more than $12 million. 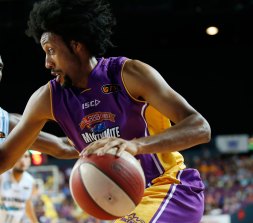 Josh Childress playing for the Sydney Kings in 2014.Credit:Daniel Munoz

Mr Childress told the Herald: "While I appreciate the interest, this matter is between myself and AXF and thus confidential."

In an affidavit Mr Gu accused Mr Howell of being "heavy-handed". "He was trying to sell things too cheap," Mr Gu said about the Jirsch Sutherland liquidator, who has been replaced by insolvency firm Grant Thornton.

Mr Howell said, in his view, it was "a blatant abuse" of new insolvency laws, which enabled directors and their associates to obstruct liquidators' work.

"In this case I was faced with very powerful related parties," Mr Howell told the Herald.

In February Mr Howell began investigating the collapse of AXF. In his May report to creditors he revealed that Mr Gu hadn't disclosed that one of the company's assets was "Fat Fish", a 26-metre yacht worth up to $4 million.

While those transactions have not been thoroughly investigated, Mr Howell said in his report he believed these transactions "were completed to defeat creditors' claims" and were in breach of Mr Gu's legal duties as a director. No charges have been laid against Mr Gu and the liquidation remains ongoing.

The yacht was repossessed by the National Australia Bank. It is in Newcastle under the control of Slattery Auctions which is waiting for the go-ahead to sell. Mr Gu's fleet of luxury cars have been repossessed by BMW Finance. They include a Maserati, a Bentley coupe, a Ferrari Spider.

However, the repossessors have not been able to locate a 2009 Range Rover. Mr Howell told creditors Mr Gu also had five Mercedes he had failed to include in his list of assets. Mr Gu said those cars were owned by him personally and not by the company.

Mr Gu was at the wheel of one of his Mercedes when he was caught drink-driving in Sydney's CBD in 2015 not long after he had moved from Melbourne to Sydney.

According to reports at the time, on the night he was charged he launched into a tirade against police, saying: "I will kill you. I drank drove, who gives a f–k … charge me, who cares? I earn millions of dollars. I don't care."

Mr Gu pleaded guilty to his third driving-while-disqualified offence. He was fined $1000, banned from driving for 12 months and given a six-month prison sentence that he was allowed to serve in the community under an intensive corrections order.

The most important news, analysis and insights delivered to your inbox at the start and end of each day. Sign up to The Sydney Morning Herald’s newsletter here,  The Age’s newsletter here, Brisbane Times‘ here and WAtoday’s here.

adds, Nothing, Sydney, tyco, up
You may also like:

'Welcome to Plathville': Olivia Plath Reveals Why She Left Her Childhood Way of Life Behind