Hundreds of fans headed to Hollywood Boulevard to watch the ceremony that honored the band, which formed in 1995 and broke up in 2002. Ellen DeGeneres and former TRL host Carson Daly presented the group with their star. 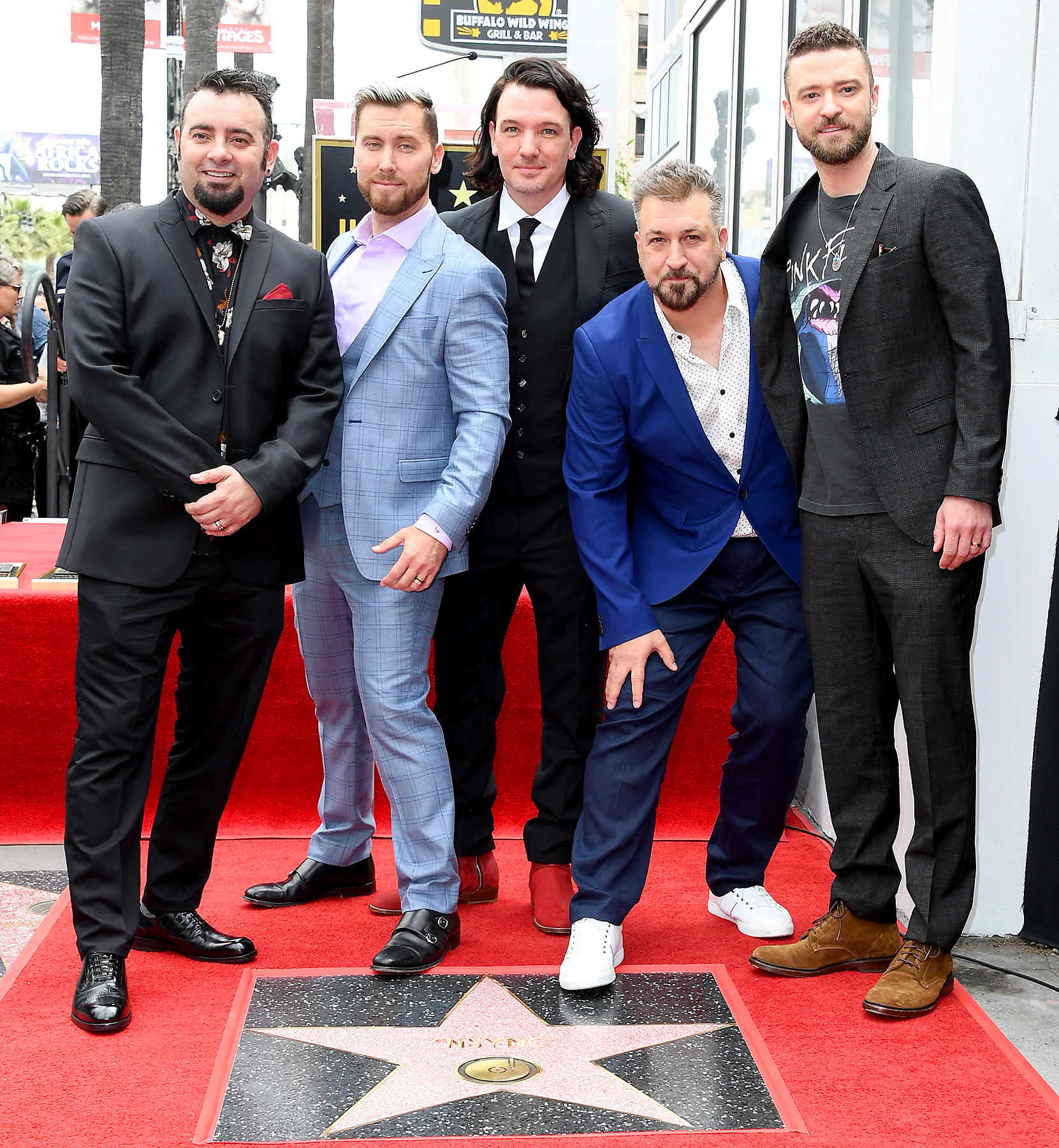 “This is so surreal,” Timberlake said at the ceremony. “You guys are the best fans in the world. First off, I’m gonna sound like a broken record, but for all of your who came from and wide to be here to share this moment with us, thank you so much … These four guys mean so much to me and we’re really a family.”

‘NSync had a number of hits, including “Bye Bye Bye,” “Pop” and “Tearin’ Up My Heart.” Fatone joked to Variety that it was “fitting” for the group to receive their star on the last day of April because a popular meme — “It’s gonna be May!” — based on the band’s 2000 hit song, “It’s Gonna be Me.”

This is the first time that ‘NSync have reunited since the 2013 MTV Video Music Awards. The band performed a melody of their biggest hits in honor of Timberlake winning the Video Vanguard/Michael Jackson award that year. The “Say Something” singer, 37, teased the reunion on Sunday, April 29.

“Big weekend in LA. Honored to be back at @theforum tonight for round two…and can’t wait to celebrate with my @nsync brothers tomorrow!” Timberlake wrote alongside a photo from one of his recent concerts on Instagram.

Bass told Us Weekly earlier this month that the band talks “every day.”

“We’re releasing a clothing line together so we talk daily, approving pictures, ‘Oh, I like this.’ We all think we’re Marc Jacobs but we’re not, so it’s taken us a year to come up with this capsule collection and we’re going to release it at the pop-isup on Monday,” the DWTS alum explained. “We wanted to give the fans something special. There are fans flying in from all over the world to come to this thing. It’s hard to get us all in the same place, so it’s a really perfect button to the ’NSync story and so we wanted to do something for the fans that gave us this star.”