Opera Australia to be taken to Fair Work over redundancies

Opera Australia is being taken to the Fair Work Commission in a dispute over the proposed axing of musicians, choristers and crew.

The Media, Entertainment & Arts Alliance is unhappy with the premiere arts company's plans for redundancies, estimating up to 25 per cent of permanent positions will be lost under the organisational restructure flagged by the company two weeks ago. 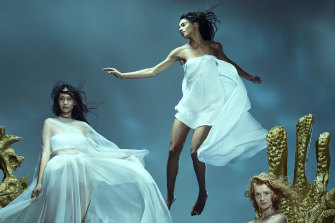 Opera Australia’s Ring Cycle in Brisbane was to have been a box office blockbuster before COVID-19 shut it down.

Sixteen of 50 full-time musicians had been asked to meet with management about their future employment, as had another four in the chorus, said Paul Davies, director of MEAA's Musicians section.

Similar staff numbers had been targeted in technical and manufacturing departments, including props, costumes and wigs.

The first meetings took place Thursday, with at least two employees informed their positions would be made redundant, Mr Davies said.

"These workers have been loyal employees of OA for many years and have already taken a temporary pay cut to help the company through the crisis caused by COVID-19," he said. "Now, at the worst possible time, their loyalty has been repaid with a brutal round of forced redundancies and they find themselves unemployed in the middle of the worst recession since the Second World War." 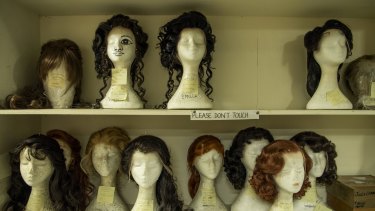 Opera Australia's chief executive Rory Jeffes said the decision to proceed to redundancies had not been taken lightly but was a matter of the company's survival.

"The difficulties and anxieties faced by everyone during this process are something that we are very conscious of," he said. "This is not easy and many of the conversations we have been compelled to undertake have been incredibly hard.

"As we have explained in our initial meetings with both our employees and the MEAA, they are driven by the need to implement mitigation measures to address the devastating impacts of the COVID-19 pandemic and ensure OA remains a viable organisation."

Mr Jeffes disputed union claims that management hadn't genuinely consulted with the MEAA "in this journey with our employees which has only just commenced".

But Mr Davies said the union had formally asked Opera Australia management on at least five occasions to consult with it in accordance with the wishes of the majority of staff. It had now requested the intervention of the Fair Work Commission.

Mr Davies said OA management had indicated that the wages and conditions of remaining employees would also be affected.

"The Opera Australia orchestra is independently funded up until the end of this financial year and also provides services to the Australian Ballet. How do they intend to service those contracts now?"

After an abrupt end to their 2020 season, Opera Australia announced on August 21 it was putting its Alexandria warehouse up for sale in an attempt to stem multimillion-dollar revenue losses caused by COVID-19 lockdowns.

OA applied for a share of the NSW government’s $50 million rescue funding but it's understood the company was encouraged to all but exhaust its cash reserves first.

The state government provides funding of $3.4 million each year, through a partnership with the Australia Council for the Arts.

"The NSW Government acknowledges the hardship the arts and cultural sector is enduring amid the pandemic and is working closely with the sector to help organisations survive during these unparalleled times," a spokesperson said.

"We will continue to work closely with Opera Australia and their board, and we thank them for their stewardship during this difficult time."

Mr Jeffes said: "I want to once again reiterate that none of these steps have been entered into lightly or without the utmost consideration, for our employees, our company and for opera itself. "We remain committed to the open and direct consultation process with our valued employees and with MEAA."

australia, Be, opera, taken, to
You may also like: