How party dips can give you Norovirus and even HERPES

Revealed: How party dips can give you Norovirus and even HERPES (and sour cream is the worst for spreading bacteria)

It’s not a party unless there are some chips and dip on the table, but these tasty nibbles could be hiding some very dangerous bacteria, an investigation reveals.

Norovirus, streptococcus – which gives you a sore throat – and herpes simplex – the cold sore virus – could all be lurking in your favourite sauces if just one party-goer has committed the ultimate party faux pas of double dipping: the act of putting the same crisp or crudité back in a dip after taking a bite.

Microbiologists revealed on Monday’s episode of Food Unwrapped on Channel 4 that thousands of organisms live in the tiniest amount of saliva, so when someone double dips, the bacteria can transfer and multiply.

They also revealed which dips are the worst for harbouring dangerous viruses: and it’s bad news if you’re a fan of sour cream. 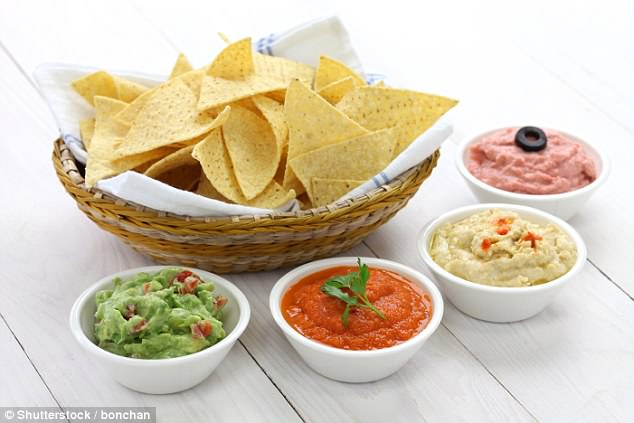 The experts revealed that bacteria can grow especially rapidly at parties because dips are usually left out of the fridge for a few hours.

The viruses can multiply quickly in warm conditions, making them hot beds of contamination.

A test of three popular dips – taramasalata, houmous, and sour cream – revealed that the runnier the sauce, the easier it is for bacteria to grow and multiply.

In laboratory conditions, co-presenter Matt Tebbutt douple dipped a crisp into all three dips to see where the bacteria would grow most quickly. 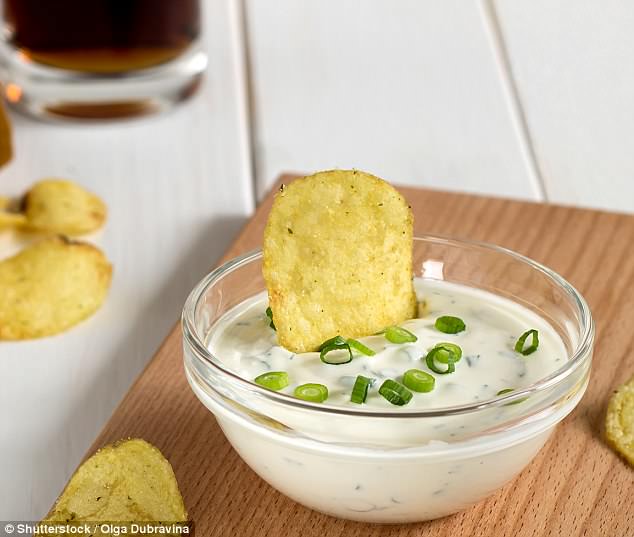 WHAT IS NOROVIRUS AND HOW LONG WILL IT TAKE TO CLEAR UP?

Norovirus is one of the most common stomach infections in the UK and it is referred to winter vomiting bug as it usually occurs in winter.

Usually it clears up by itself within 24 to 48 hours but it can very serious for already frail patients, and can lead to dehydration.

The virus, which can also cause diarrhoea, is extremely contagious and can create huge disruption in hospitals as it spreads so quickly between patients.

But the winter vomiting bug has a tendency to mutate and some strains are worse than others, leading to higher numbers of infections.

In just two hours, there was more than 100 times more bacteria in the pot of sour cream than an uncontaminated sample.

Bacteria also grew quickly in taramasalata, where there was 50 times more bacteria.

Surprisingly, there was little bacteria growth in the pot of thick houmous, even after Matt had double dipped.

‘I bet it all comes down to the viscosity,’ Matt muses on the show.

He adds: ‘If you are dip sharing, it’s the runniest dips you have to be aware of as they are more likely to drip back into the tub after they have been in your mouth, hence more bacteria.’

Food safety expert Jonathan France also revealed that if someone has a virus such as norovirus, streptococcus, or herpes simplex, you may catch their infection even if only a small amount of their saliva has contaminated a party dip.

Food Unwrapped is on Channel 4 every Monday at 8.30pm.