People reveal the moment they knew their partner was the one

‘He burst into the toilet and covered me with Silly String’: People reveal the EXACT moment they knew their partner was The One

It’s the million dollar question: when did you know your partner was the One?

Now loved-up couples have been revealing the exact moment they knew they wanted to marry their other half – and many recalled scenarios that were less romantic than you might expect.

Among the anonymous people from around the world to have shared their stories on the anonymous Whisper app was a woman who officially fell for her partner when he burst in on her in the toilet and sprayed her with silly string.

Another woman said it was her then boyfriend’s unfazed reaction to the news that she was celibate that made her think: ‘I’m going to marry that guy!’

Another said her boyfriend acting as her ‘fearless protector’ when someone tried to break into their house convinced her they were meant to be together.

Some on the thread cited moments so small as to be almost imperceptible – despite the life changing impact it had on them – like the man who fell for his girlfriend while watching her sleep. 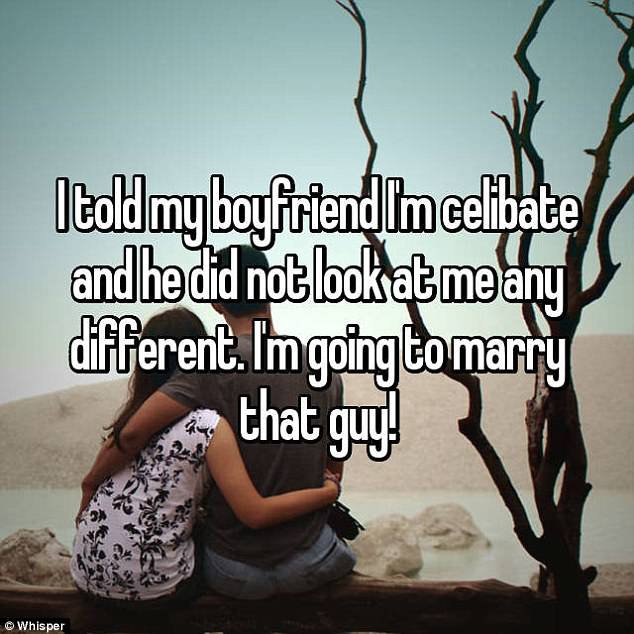 People from around the world contributed the moment they were sure of who they wanted to marry in a thread shared on Whisper. One woman who was celibate decided she was ready to commit to her boyfriend after he accepted her decision to sustain from sex 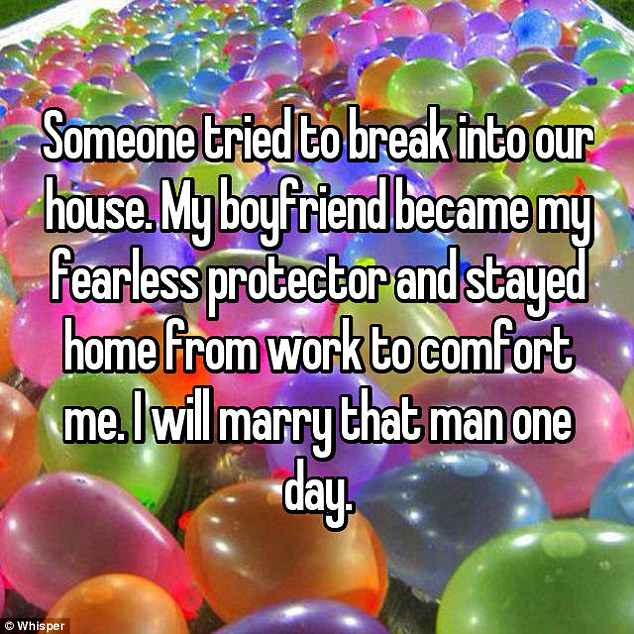 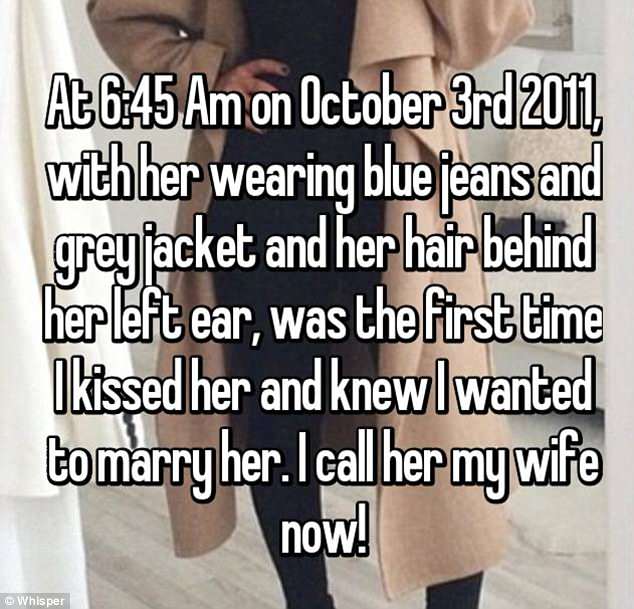 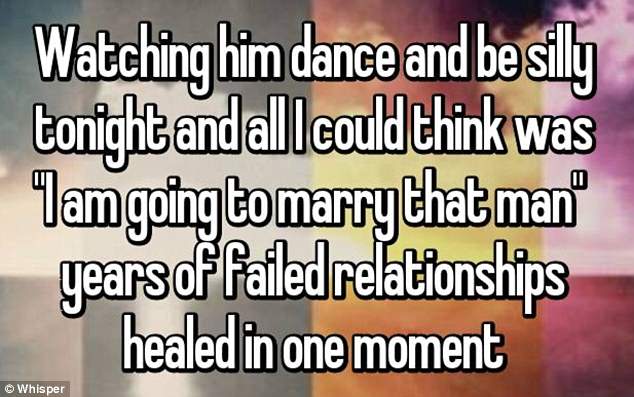 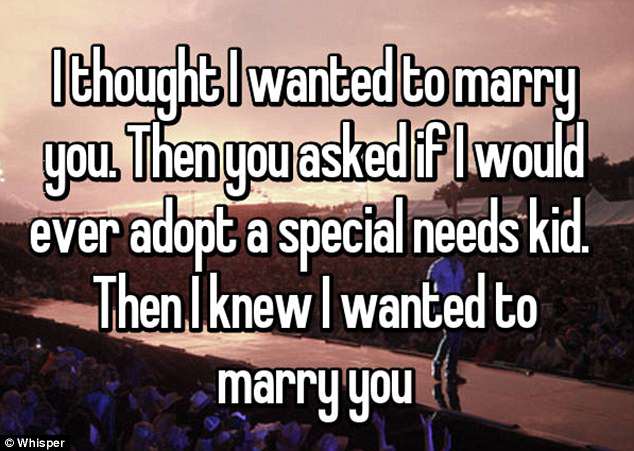 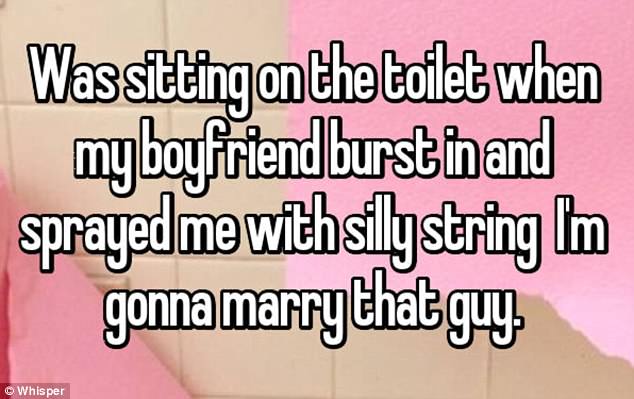 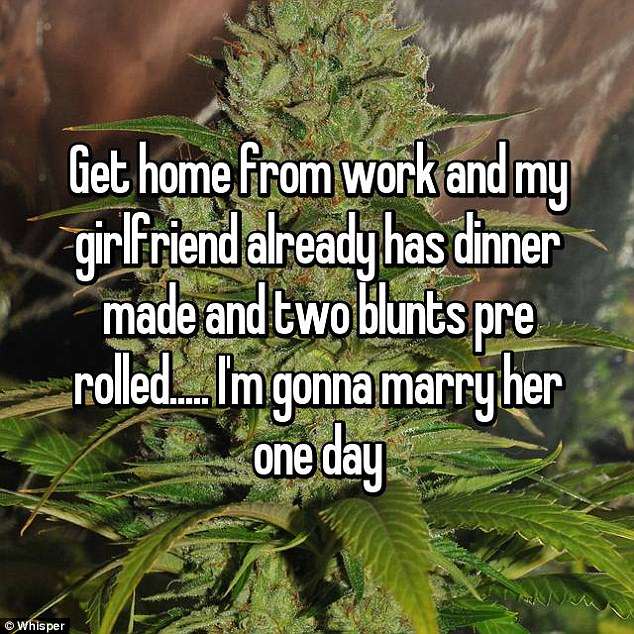 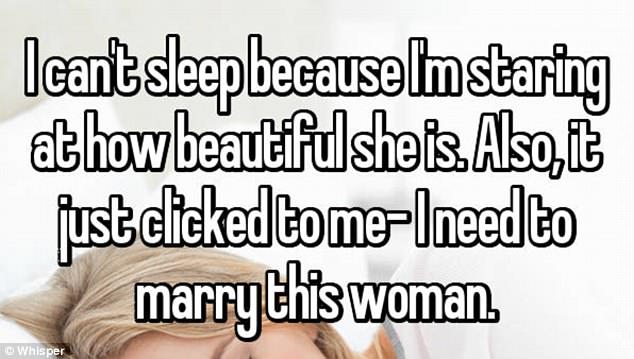 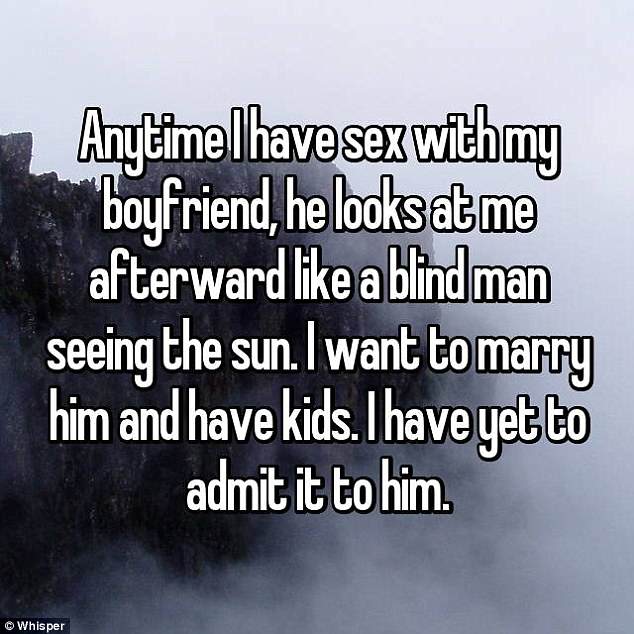 A woman who felt special by the way her partner looked at her, knew he was the one she wanted to marry and have kids with 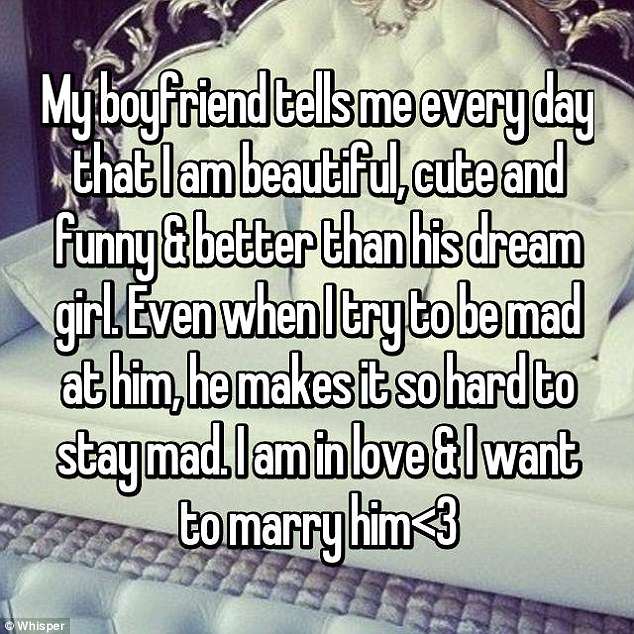 One woman found confidence through the encouragement their partner gives them 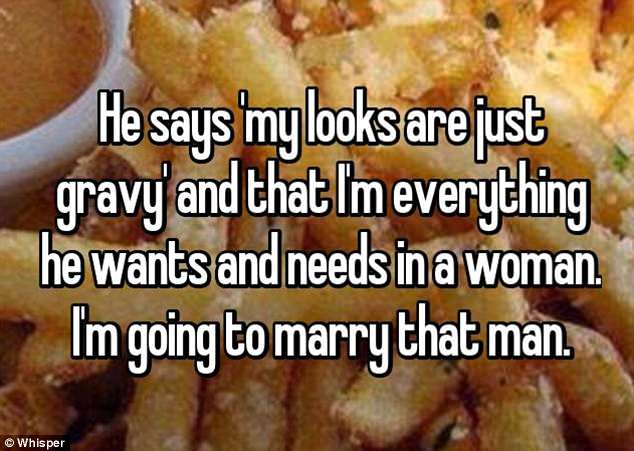 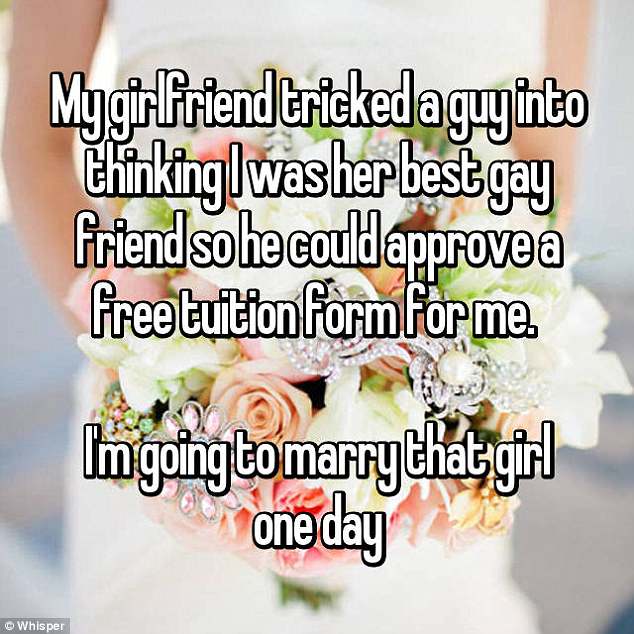 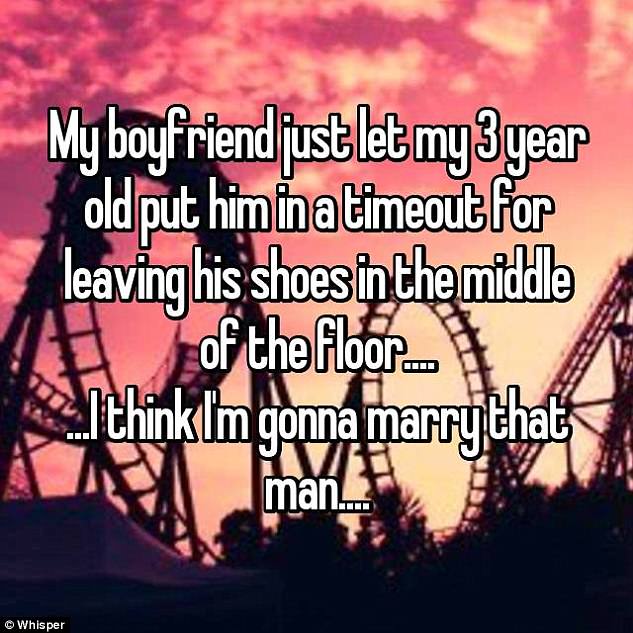 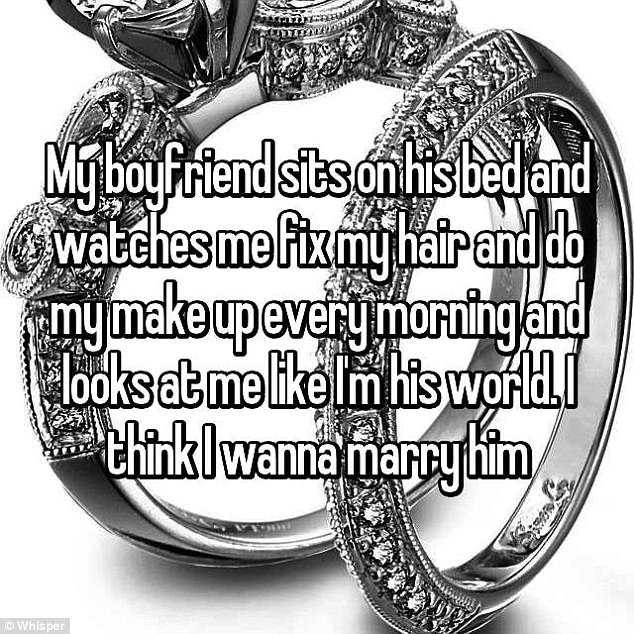 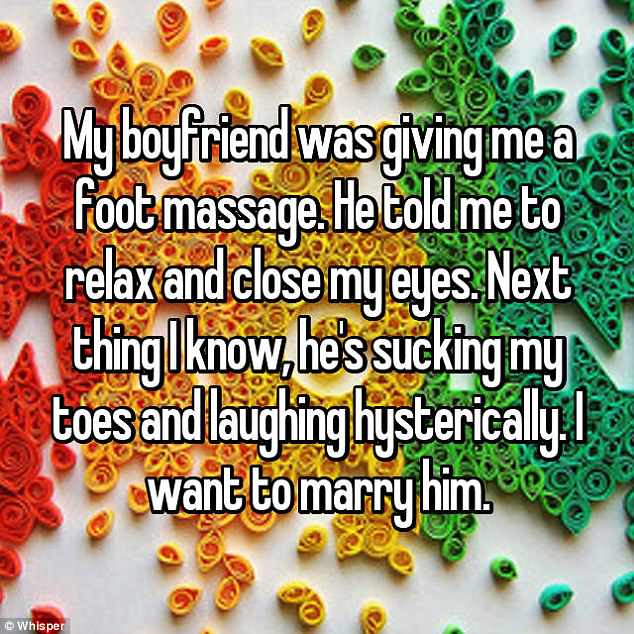 Another woman who was attracted by her boyfriend’s sense of humor, began thinking of getting married after he sucked her toes during a foot massage