The deal was spotted by bargain hunters on the HotUkDeals website today, after one shoppper picked up a Nordman fir tree in Poundland in Macclesfield. 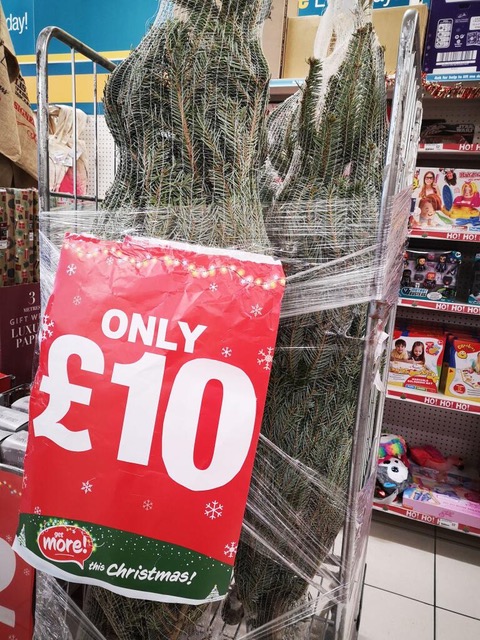 The Nordmann is usually a festive favourite due to its non-drop needles.

There are over 500 branches of Poundland in the UK – find your nearest on its website.

But the tree is only available in its 163 largest stores, so it might be wise to call before heading to your local one.

Rival Home Bargains is also selling trees for a tenner too – but they measure 7ft.

While Ikea currently has a deal where you can get a real Christmas tree for just £9.

Until December 24, shoppers can buy a real 5ft tree for £29 and they will get a £20 Ikea voucher in return.

We also revealed that supermarkets have sparked a Christmas tree price war.

Aldi and Lidl have knocked the price of their 6ft Nordmann fir to £24.99.

While a 5ft Nordmann can be picked up from Homebase for £20.

Morrisons sells a less compact but slightly taller version for £15. Meanwhile Waitrose is selling trees between 7ft and 8ft for £55.

Meanwhile, Mrs Hinch has revealed her Christmas tree – and it's grey-themed just like the rest of her house.

6ft, is, Poundland, Real, selling
You may also like:

A Complete Timeline of Lili Reinhart and Cole Sprouse’s Relationship

Reviewers Are Ordering These UGG Sandals in Multiple Colors