Grandad’s here! Prince Charles ‘flies in’ to meet his new grandson Prince Louis – and makes it in time to wish Princess Charlotte a happy third birthday

Prince Charles has met his youngest grandchild Prince Louis, for the first time according to reports.

The Prince of Wales has reportedly flown in from Scotland, where he is working, to meet Louis who was born on Monday last week.

According to Hello! Charles deliberately chose to delay his first meeting with Prince Louis so that he could coincide his visit with granddaughter Princess Charlotte’s third birthday today. 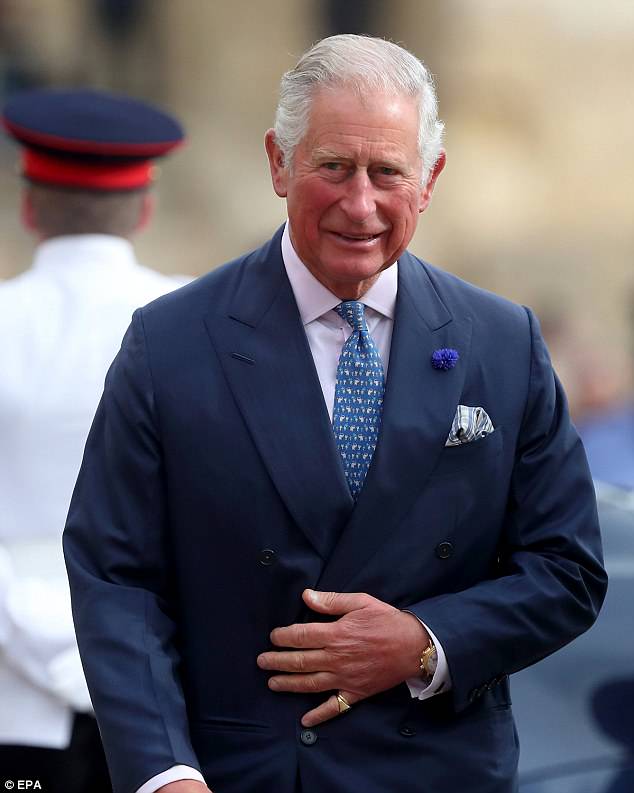 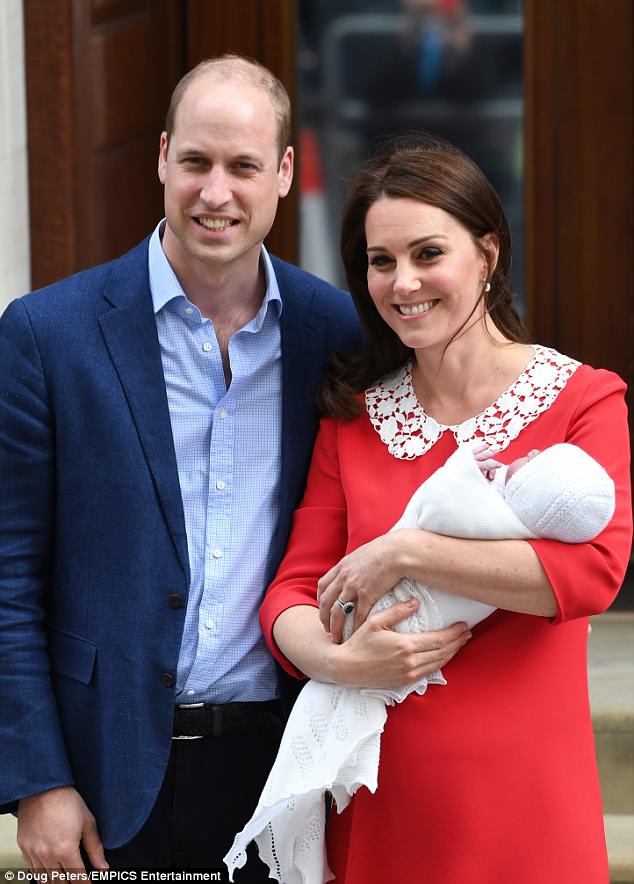 The Duke and Duchess of Cambridge’s youngest was born on Monday April 23, and today will be his first meeting with his grandfather

The 69-year-old is thought to be spending time with the Duke and Duchess of Cambridge at their home in Kensington Palace.

It is unclear whether the Duchess of Cornwall has joined Charles in London.

While catching up with his eldest Prince William and daughter-in-law Kate, Charles will spend time getting to know the family’s latest arrival.

Once Charlotte returns home from her day at Willcocks Nursery School the family will resume celebrations for her third birthday in private.

The MailOnline has contacted Clarence House for a comment. 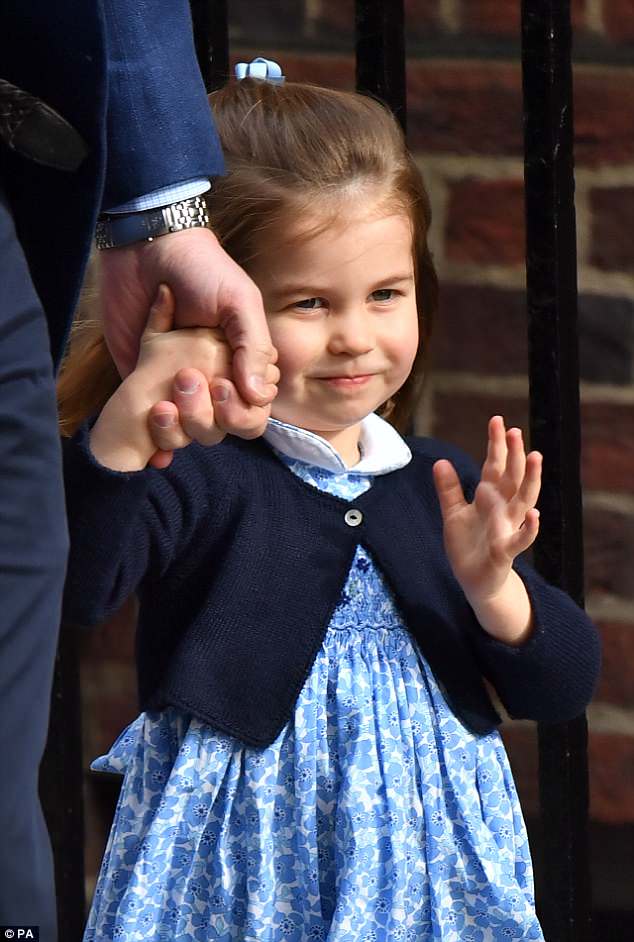 Charles is one of the last members of the family to meet Prince Louis who was born nine days ago, with the Queen arriving at Kensington Palace on Tuesday to meet her great-grandson.

This contrasts with the birth of Prince George and Princess Charlotte with their grandfather visiting both grandchildren within 24 hours of the birth.

The monarch travelled by helicopter from Windsor to London to see her sixth great-grandchild for the first time.

Looking happy and relaxed, the 92-year-old clutched a posy of spring flowers tied with a silver ribbon – presumably a hand-picked gift for her granddaughter-in-law, the Duchess of Cambridge – as she emerged from her burgundy-liveried official helicopter in Perks Field after a 40-minute flight.

Although she was there to meet Louis, her visit would no doubt have gone down well with her other great-grandchildren, Prince George and Princess Charlotte, who both adore her. George, four, memorably named her ‘Gan Gan’. 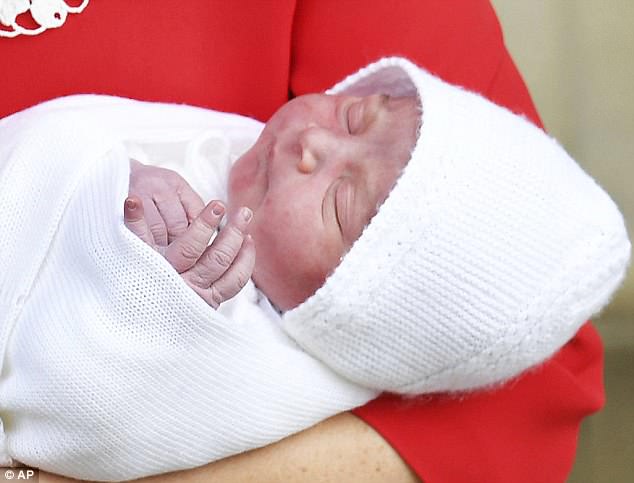 Charles is one of the last members of the family to meet Prince Louis, with the Queen arriving at Kensington Palace on Tuesday to meet her great-grandson 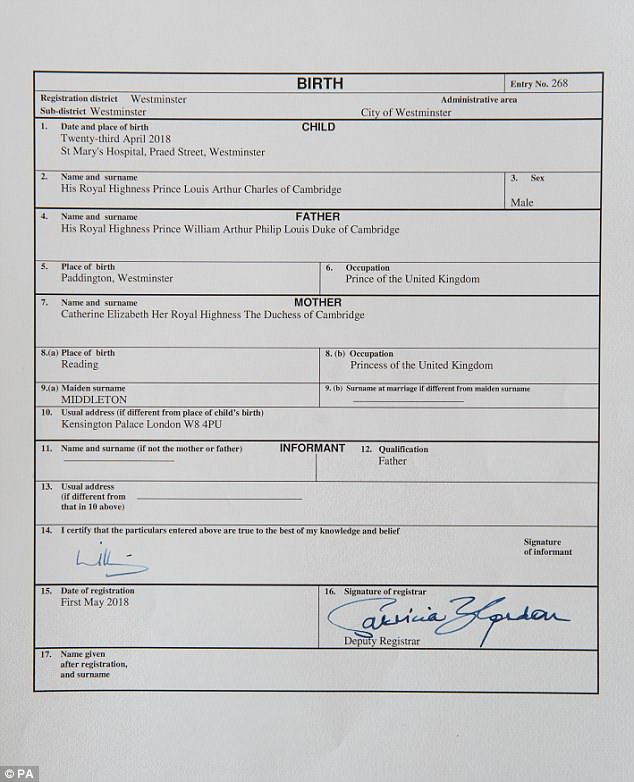 No doubt Gan Gan also had a present for Princess Charlotte, who celebrates her third birthday today.

The Queen had been staying at Windsor Castle with Prince Philip, who is recuperating from a hip replacement, when Prince Louis of Cambridge was born on Monday last week.

She was one of the first people William, 36, telephoned with the news that his third child had been delivered safely, but until yesterday afternoon he and Kate had not had the chance to introduce him to her. It was decided that they would wait until the Queen returned to London for the start of her working week.

The document gives the baby’s full name, His Royal Highness Prince Louis Arthur Charles of Cambridge, and lists his parents’ occupations as prince and princess of the UK.

The prince, who is taking time off following the birth, simply signed the document ‘William’.