There’s never a dull week in the life of the British Royal Family, but there’s no denying this week is extra special. On April 29, Prince William and Kate Middleton are celebrating their anniversary, and it’s hard to believe it’s already been seven years since the gorgeous Westminster Abbey wedding. It’s even more difficult to believe that just a few days have passed since the Duke and Duchess of Cambridge announced the name of their third child — Prince Louis Arthur Charles — and less than a week since the royal baby was introduced to the world. If that weren’t enough, Prince William was officially named best man for Prince Harry’s upcoming nuptials to Meghan Markle. Oh, and their grandmother, the Queen of England recently celebrated her 92nd birthday with a massive concert at the Royal Albert Hall. Again, that’s just in the last week.

But seven years ago, a commoner named Kate Middleton walked into Westminster Abbey and walked out as Catherine, Duchess of Cambridge, with a husband that happens to be second in line for the British throne. It’s not clear how the pair are celebrating their wedding anniversary — after all, with three children under the age of five at home, things are likely busy. Hopefully, they’ll have at least a few minutes to reflect on what a magical day their wedding was, and if Middleton wanted to try on her wedding dress and hang out at home like she was in that episode of Friends, certainly no one would blame her. 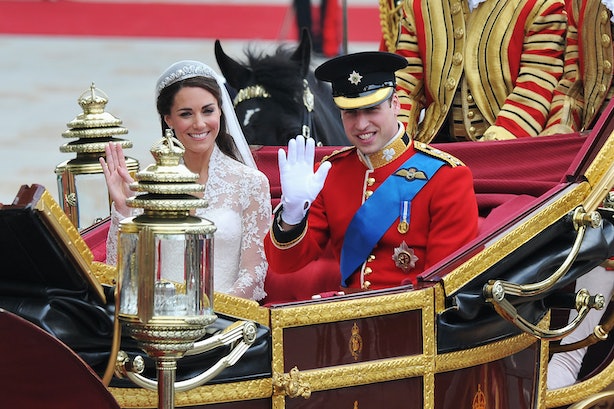 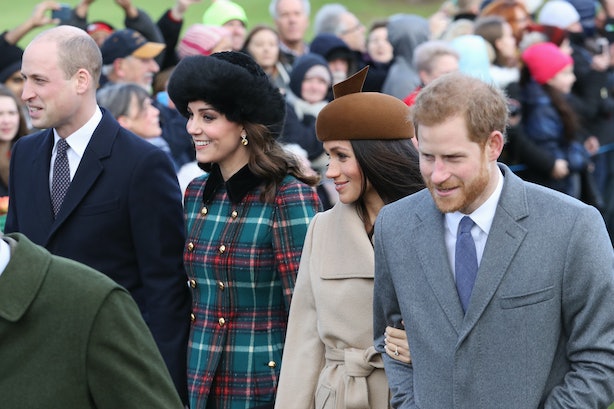 It seems impossible to believe that it’s been seven years since the last royal wedding captivated the world, but the next one is just a few weeks away. Prince Harry and Markle are set to marry on May 19, 2018, in a lower-key ceremony than that of the Duke and Duchess. Is it too much to hope the newest royal baby makes his second public debut then? Just imagine the matching outfits Prince George, Princess Charlotte, and Prince Louis could wear. Sigh. Again, though, here’s hoping that the Duke and Duchess of Cambridge are enjoying their seventh wedding anniversary with some peace and quiet. As much as one can get with a full house.