Proof Konnie Huq really IS the ultimate thrifty shopper! Presenter, 44, re-wears outfits a decade apart – after revealing she doesn’t need to buy new because her figure hasn’t changed since her Blue Peter days

Konnie Huq revealed yesterday that she hasn’t bought new clothes in a decade – and these snaps prove the TV presenter really is the ultimate thrifty shopper.

Photos show how Konnie, 44, is a fan of re-wearing pieces that have been sitting in her wardrobe for years, whether it is a trusty pair of boots or a versatile yellow blouse.

Even on the red carpet, when so many stars insist on a new look, Konnie is happy to bring back out a tried-and-tested look like an animal print frock or a classic LBD.

It comes after the former Blue Peter host explained on Loose Women yesterday that she ‘doesn’t need’ to buy new clothes as she is the same size as when she was 18. Viewers were left in awe of the star’s ageless good looks, with many claiming she ‘hasn’t changed at all’ since first gracing screens on Blue Peter in 1997.

Her relaxed approach to re-wearing outfit shows Konnie is the queen of sustainable shopping – something that other stars have only just started to adopt.

Here, a look back at some of her best recycled looks. 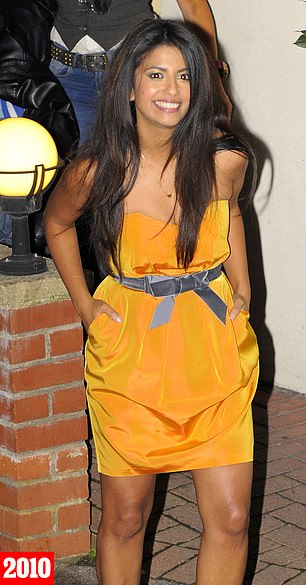 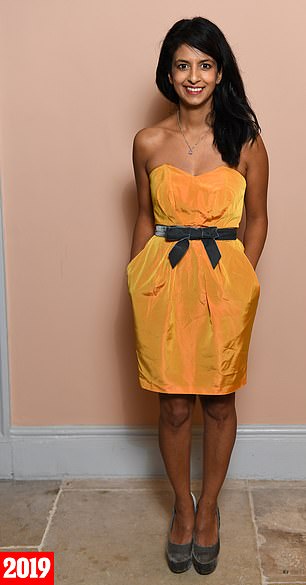 Nine years apart: Konnie Huq brought a splash of colour to an X Factor appearance in 2010, left, and brought the eye-catching dress back out for a BAFTA party in February last year, right 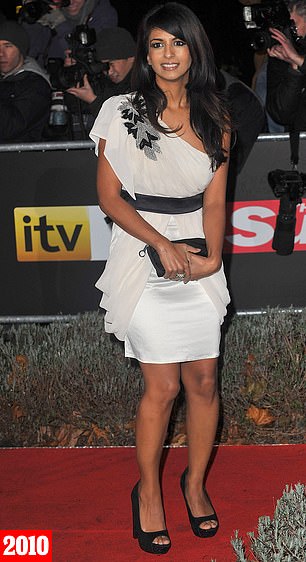 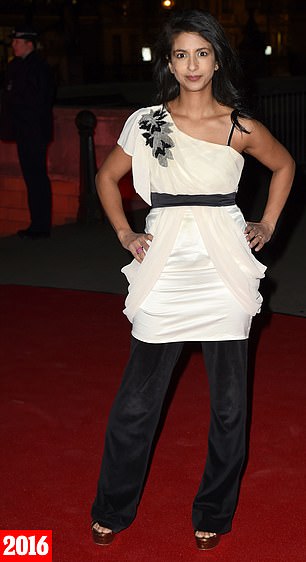 Six years apart: Konnie looked flirty and fabulous in this little white frock at an awards show in December 2010, left, and added a pair of trousers underneath for its repeat wear in 2016, right 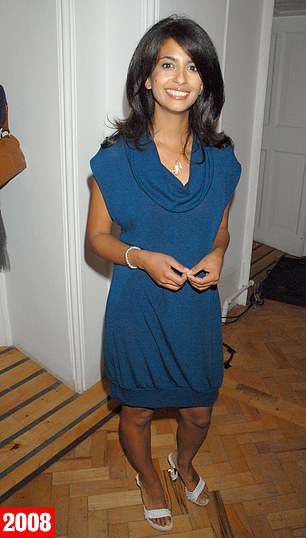 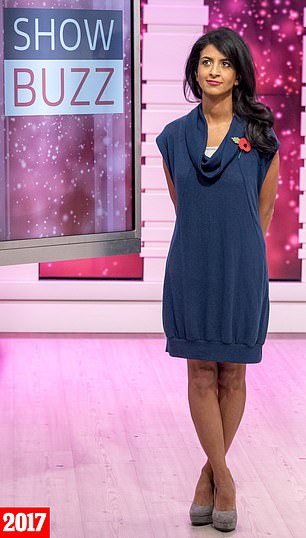 Nine years apart: This versatile blue cowl neck knit dress was seen on the presenter at a Marie Claire event in 2008 (left) and again for a Good Morning Britain appearance in October 2017 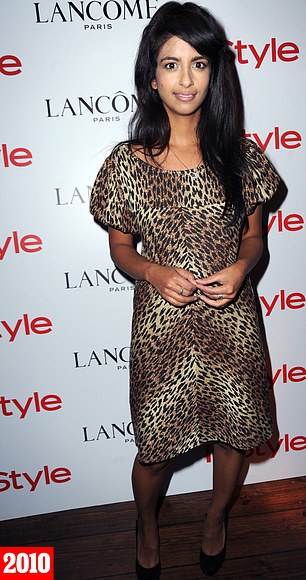 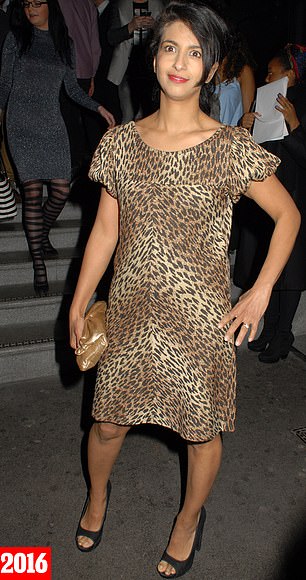 Six years apart: This leopard print dress has stood the test of time and proves some pieces are always fierce. Pictured, at a magazine party in January 2010 (left) and a BAFTA party in 2016 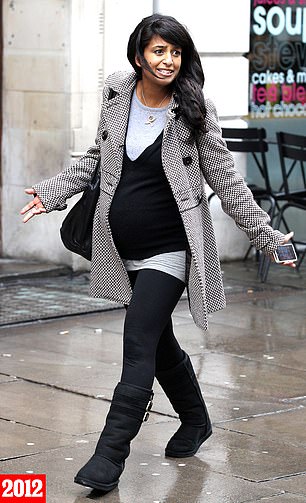 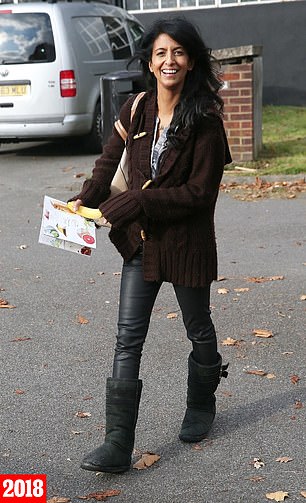 Six years apart: A pair of comfy black boots never go out of fashion – as these photos prove. Pictured, Konnie in the boots in rainy London in 2012 (left) and heading out in 2018 (right) 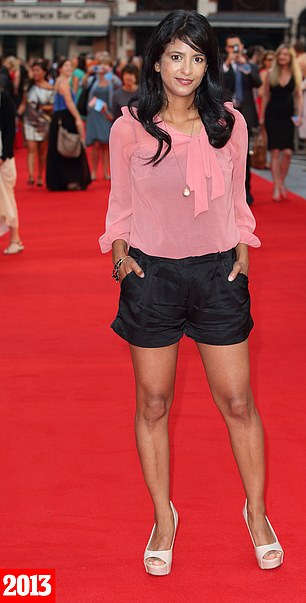 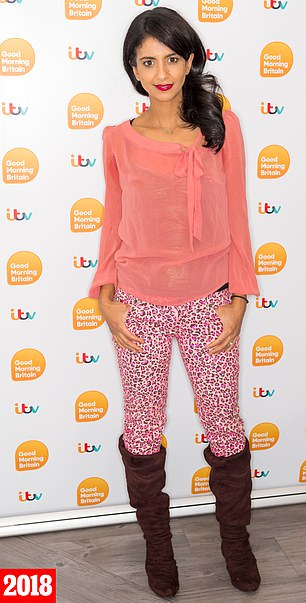 Five years apart: This pretty pink blouse with bow detailing was worn with shorts on the red carpet at the premiere of Diana in 2013 (left) and paired with trousers for GMB in 2018, right 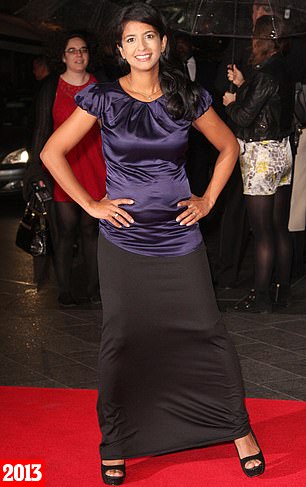 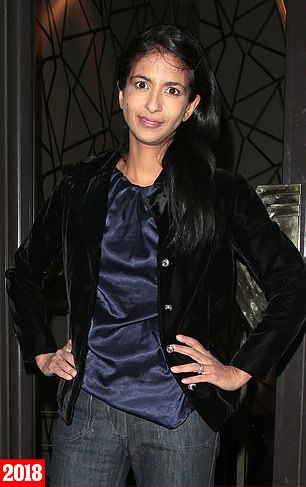 Five years apart: A purple satin blouse was styled with a maxi skirt to create a red carpet look in 2013, left, and dressed down with jeans for a more casual ensemble for a 2018 outing 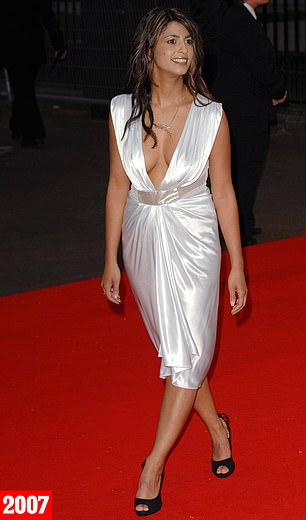 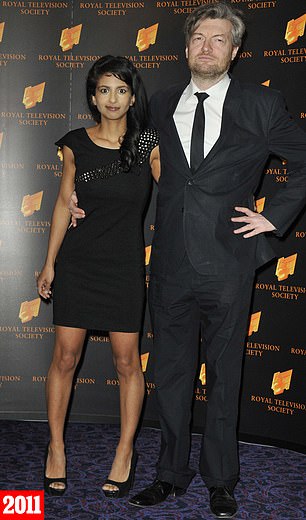 Four years apart: It’s not just clothes that Konnie recycles, these elegant black heels have also had repeat wears. Pictured, on the red carpet in 2007, left, and at an awards show in 2011, right 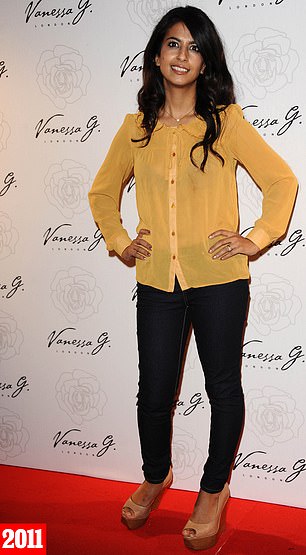 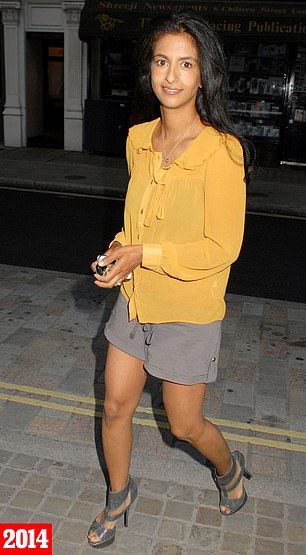 Three years apart: Konnie sported a vibrant yellow blouse to an event in March 2011, left, and styled it as part of more casual shorts for an outing to the Chiltern Firehouse in July 2014 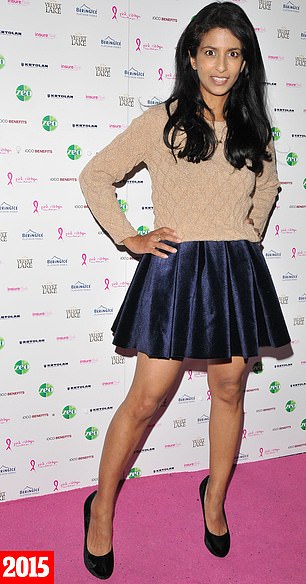 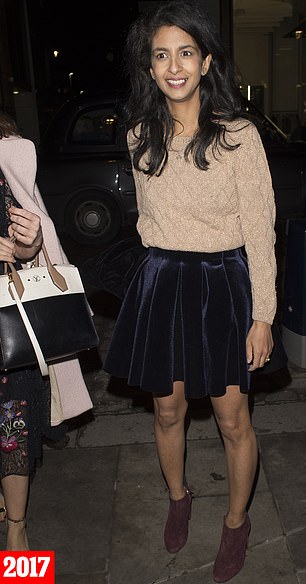 Two years apart: This textured ensemble mixes a biscuit-coloured jumper with a navy velvet skater skirt. It was worn to a fundraiser in London in 2015, left, and to a 2017 BAFTA event

Huq, is, Konnie, proof, Really, the
You may also like:

“The coronavirus death toll is devastating – so why am I struggling to feel anything?”

Boots store closures – which shops are shutting and when will they reopen? – The Sun