Sainsbury’s, Tesco and Asda today set a limit of three for any item and two for essential products, such as toilet roll and handwash.

Morrisons and other retailers are set to follow suit in the coming days.

Pleas for shoppers to stop panic buying have not worked – coupled with issues getting some products from abroad.

Stores have been forced to act after empty shelves for loo rolls, pasta and hand wash have extended to fresh produce, bread, meat plus lower levels of cereals.

Rationing was introduced in 1940 by the government, a year after the start of WW2. It was slowly lifted after the end of the war in 1945 but didn't finally end until 1954. 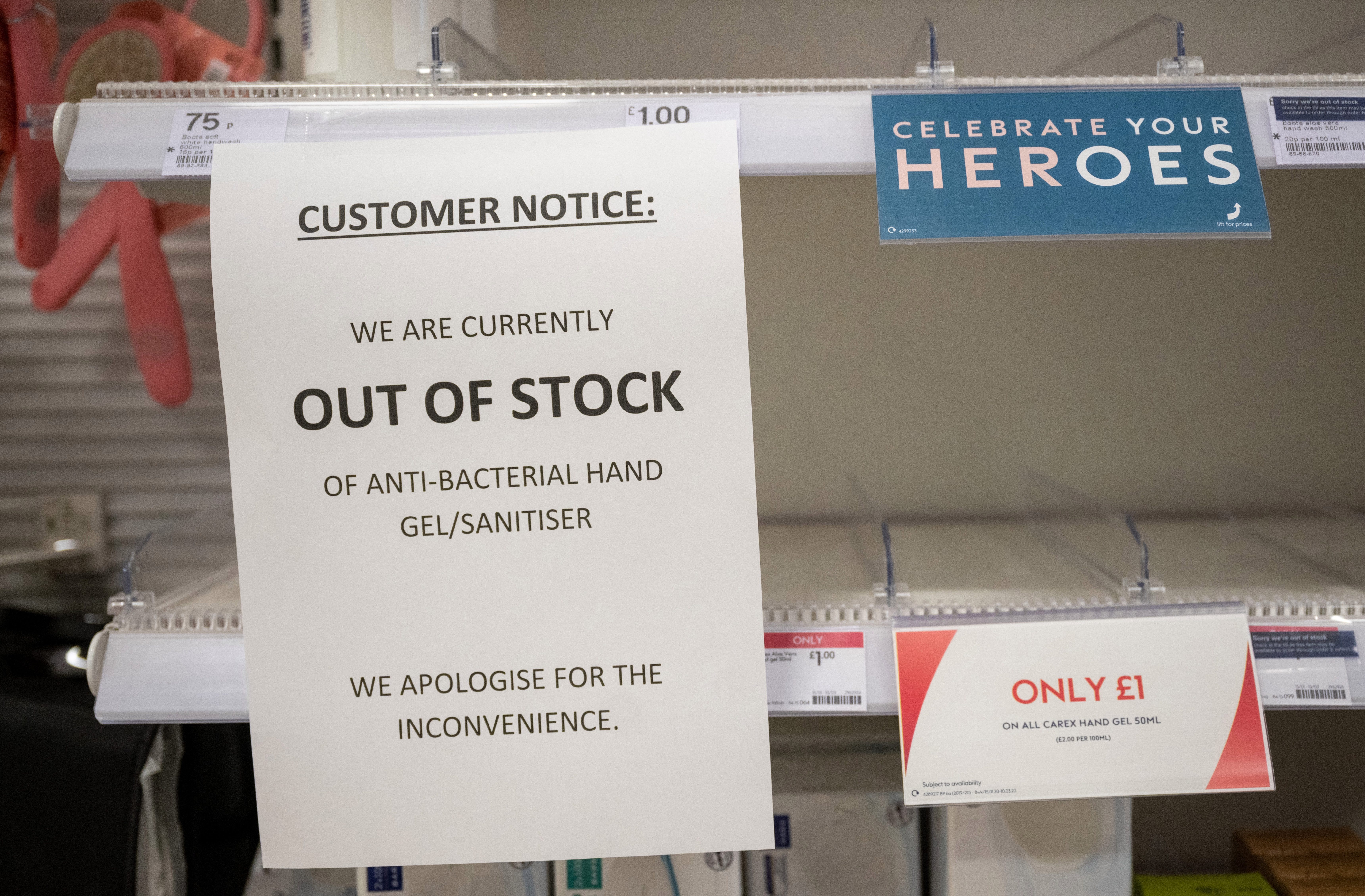 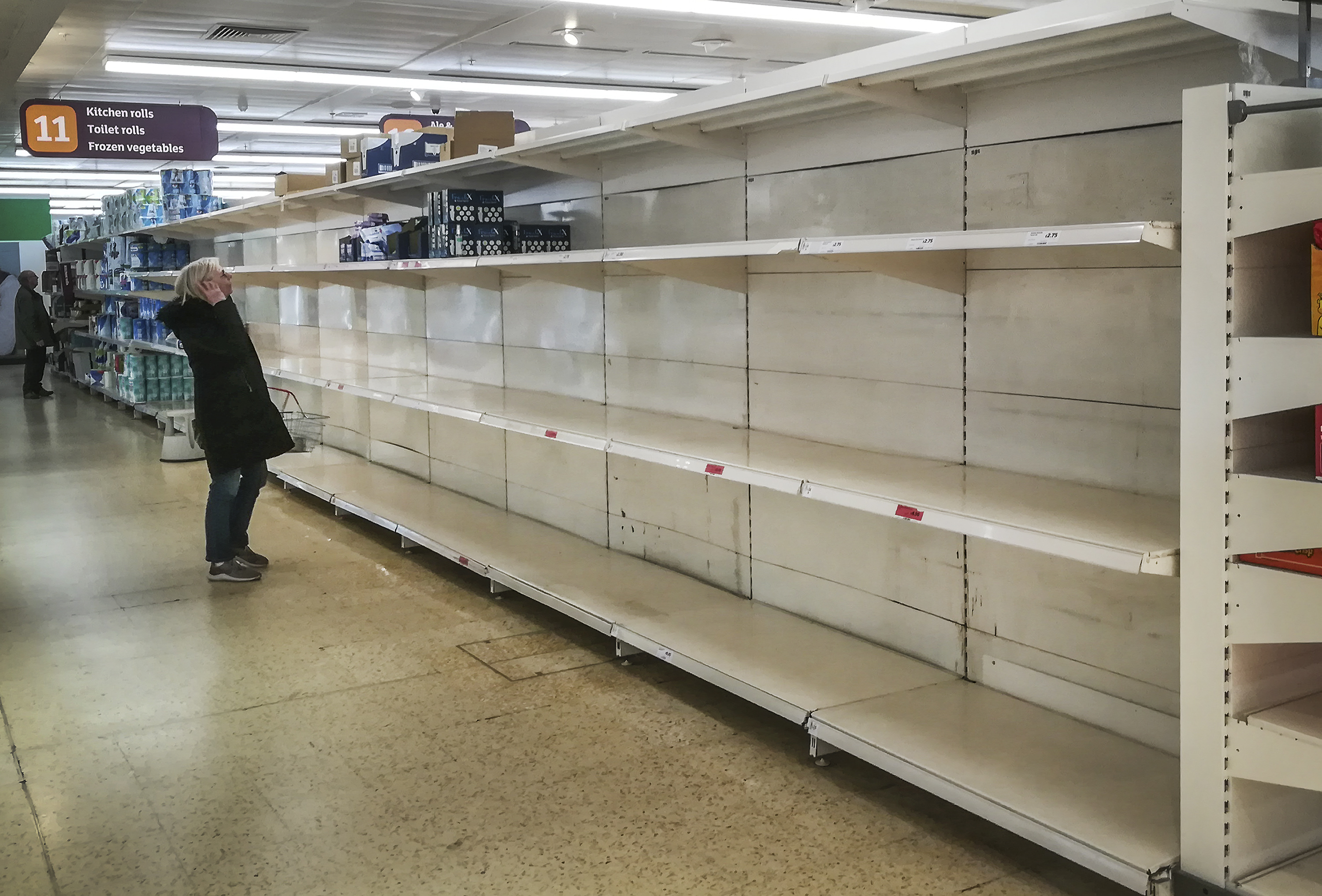 Morrisons is hiring 3,500 more staff while Sainsbury’s and Asda are shutting cafes and fresh counters.

Amazon has stopped accepting non essential items at its delivery warehouse, meaning some items may go out of stock or take longer to get delivered.

Supermarkets have also introduced "silver" shopping hours for elderly customers so that they can get supplies.

Online grocery firm Ocado has removed its app and its website has a two-hour waiting time as delivery slots for supermarkets sell out.

Tesco and Asda has announced their 24-hour stores will close early to help them re-stock overnight.

Tesco, Asda and Sainsbury's are limiting stock to three of each item per person.

Below the table explains how supermarkets are rationing items.

Online grocer Ocado has removed its app and its website went down this morning due to demand from shoppers for online deliveries.

Slots for supermarkets are either completely sold out or only available from early April.

Some supermarkets have introduced extra click and collect services, including Sainsbury's.

Asda and Sainsbury's have so far announced closures to in-store cafe's and fresh food counters such as fish and meat.

We'll update this story when we hear back from other supermarkets.

How supermarkets are helping the elderly

Sainsbury’s allowing elderly and vulnerable shoppers access into some stores tomorrow so they can get essentials.

Customers advised to find out if their local one is taking part.

From March 23, customers over the age of 70 and shoppers with a disability will have priority access to online delivery slots.

Customers will be contacted with more information in the coming days.

Iceland is allowed elderly shoppers in for first two hours of trade today. We’ve asked if they plan on doing this again.

Morrisons will give elderly shoppers extra help between 9 and 10am.

Tesco and Asda have announced plans to reduce opening hours of 24 hour stores to allow them to re-stock.

Larger Tesco stores including Metro, Superstore and Extras will close at 10pm and reopen at 6am.

While Asda is closing up its 24-hour branches from midnight until 6am.

What shoppers need to do now

Firstly, don't panic. Take a look around your kitchen and fridge and work out if you have enough food to last you for a two-week isolation period.

Make a list of meals you could cook or have and then work out what you would need to buy.

If the UK does enter a lockdown situation then supermarkets and pharmacies will remain open.

You will still be able to visit them – unless you're self isolating.

Remember, family and friends will be able to bring you supplies should you not be able to leave the house.

We've created a guide on how to stockpile for a two-week isolation.