Viewers are left ‘heartbroken’ after worried son, 25, calls the police when his paranoid schizophrenic father disappears – and is found after three days in the open with nothing to eat or drink on Reported Missing

Reported Missing viewers were left ‘heartbroken’ after a man desperately tried to find his paranoid schizophrenic father who had been missing for three days – and was found three days later having nothing to eat or drink.

Michael, known to be suffering from paranoid schizophrenia, was thought to have stopped taking his medication – and no one had any idea where he could be.

And while many who tuned in were left devastated for concerned Oli, who had an ‘awful lot on his shoulders,’ others praised the documentary for shining a light on mental health.

‘Heartbreaking episode tonight highlighting mental health.I hope for happier days for Michael and his family,’ wrote one, while a second commented: ‘Poor Michael, I feel so sorry for him and his son. Nobody asks to be inflicted with mental health issues, this is heartbreaking.’ 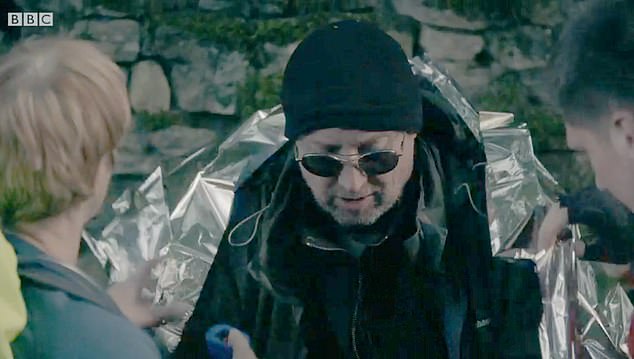 In last night’s episode of the BBC’s Reported Missing, police desperately tried to locate Michael, 58, (pictured), who was known to be suffering from paranoid schizophrenia 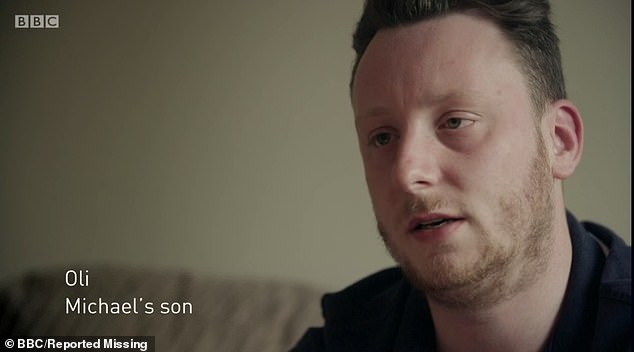 Oli (pictured), 25, called Gloucestershire Police, after his father missed an appointment with his mental health worker

During the episode, PC Jade Chitcuti led a search of Michael’s house in Cheltenham – and the evidence of his paranoia was clear for police to see.

Concerned Oli, who is his father’s designated next of kin, explained that while his dad wasn’t thought to be suicidal, he was known to hide, placing him at increased risk if he was outdoors and not found quickly.

‘It’s such a shame because he’s such a funny person, but his state has just got worse and worse. I just want him better,’ said Oi.

Police started searching an area of the countryside where Michael may have been sighted, but they were only too aware that his delusions included anxieties about being pursued – meaning any sightings of drones or dogs could have alarmed him further.

‘Imagine you’re on the run and you think half of the country are after you,’ explained Oli. ‘I can’t even describe how hard that must be living with that in your head.’ 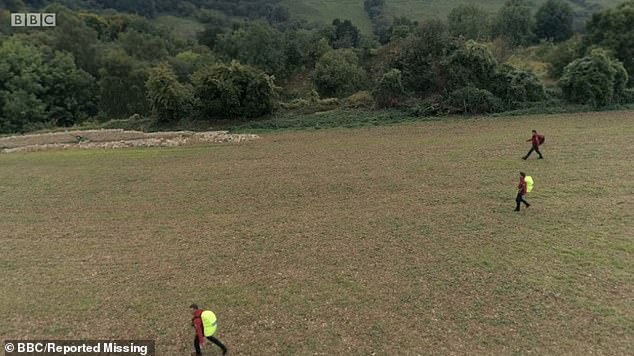 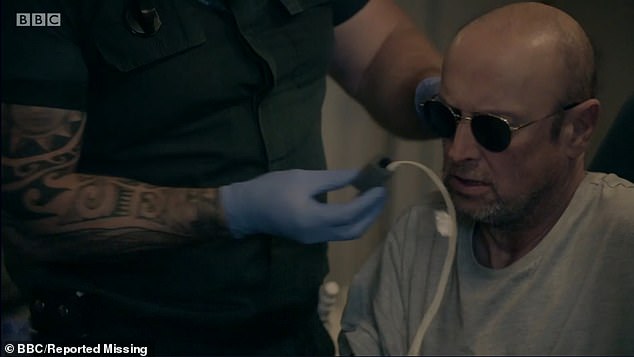 After being located by police three days later, Michael (pictured) struggled to understand why he had been reported missing 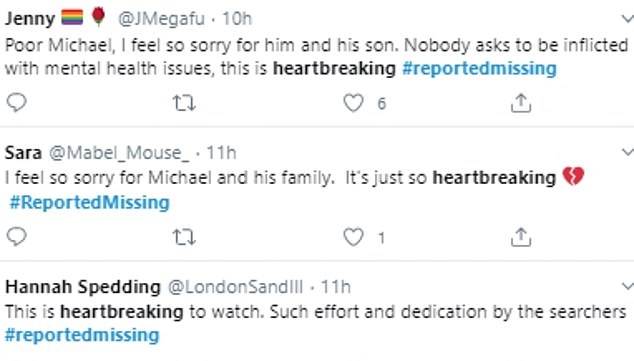 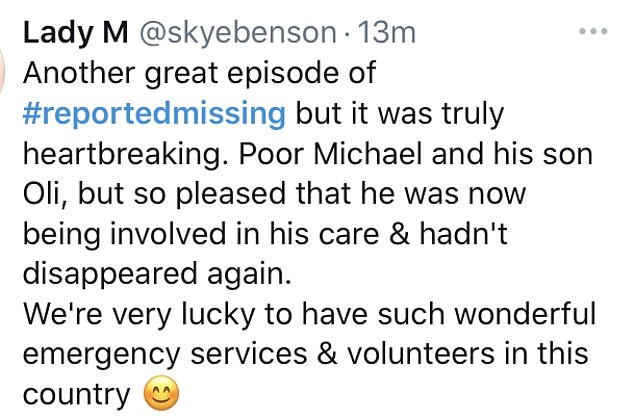 Taking to Twitter, one person penned: ‘Can’t even imagine how tough life would be living with schizophrenia. Heartbreaking’ (pictured)

‘The doctors are telling him that he’s ill but he feels fine in himself. He doesn’t understand why the doctors think he’s ill.’

As the documentary progressed, Oli became increasingly desperate to find a way of helping his dad and restoring him to the happy, cheerful father he remembers.

‘I just remember being in primary school when he came to see us and he was talking to me in a bit of a stranger manner – and I think that’s when it all started off unfortunately,’ said Oli. ‘It was a very troubling time because I didn’t understand what was going on.’

Eventually, police found Michael hiding after three days out in the open, having had nothing to eat or drink.

‘I didn’t realise I’d be reported missing,’ explained Michael. ‘This happened last week. I was only gone for a couple of days. It wasn’t like I was gone for two weeks.’

Speaking to the camera, Oli added: ‘The fact he was found alive – just a huge, huge relief for all of us. That he was found safe and well.’

Many were quick to take to Twitter following the emotional episode – offering their support to Oli and his father.

‘Can’t even begin to imagine how tough life would be living with schizophrenia. Heartbreaking,’ wrote one, while a second commented: ‘Heartbreaking story of Michael. His son is a credit to him.’

A further added: ‘Was heartbreaking watching the son go through tonight’s story on #reportedmissing & I bet thousands of families across the country could relate to the sadness of the situation.’