SAMUEL Adams has released a beer with an alcohol content so strong, it’s been banned in 15 states across the US.

Utopias has an alcohol by volume (ABV) content of 28 per cent, which is more than double the amount of the average beer. 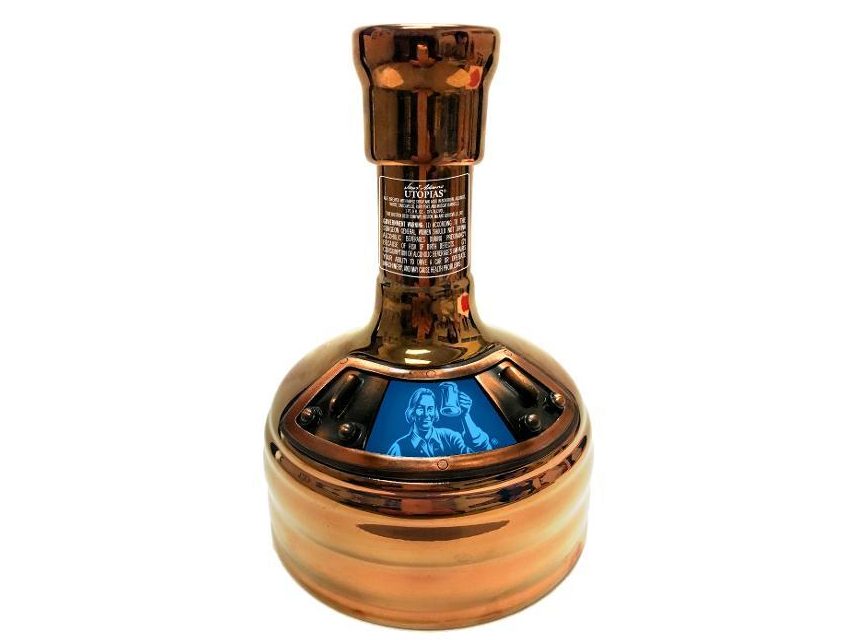 Typically, beers have an ABV content of less than 10 per cent.

But Utopias is so boozy, it’s been outlawed in Alabama, Arkansas, Georgia, Idaho, Missouri, Mississippi, Montana and New Hampshire.

You also won’t be able to find it in North Carolina, Oklahoma, Oregon, South Carolina, Utah, Vermont or West Virginia.

Utopias is described as a barrel-aged beer that tastes of "deep rich malty smoothness reminiscent of a vintage port, cognac, or fine sherry".

Where can I buy Utopias?

UTOPIAS is legal to buy and drink in these 35 states:

It's made with a blend of previous Utopias extreme beers, some of which have been brewing for 24 years.

The booze is then transferred into Aquavit, Carcavelos and ruby port finishing barrels to add a higher alcohol level to the mix.

But for this year's edition, which is the eleventh in the series, the beer has also gone through Cognac and Madeira barrels to bring sweet hints of vanilla.

According to parent company Bosting Brewing Co, only 13,000 bottles of Utopias are brewed every other year.

This year, 77 casks were brewed.

If the extreme booze is being sold where you live, you can find your nearest pub that sells Samuel Adams by clicking here.

We've asked Samuel Adams for the price of Utopias and we'll update this story when we know more, but keep in mind costs will vary between states.

Jim Koch, founder and brewer of Samuel Adams, told Forbes: “Since it was first brewed, Sam Adams Utopias has been nothing short of a labor of love.

“As brewers we take pride in everything we make, but there’s something special about putting such a unique, extreme beer in the hands of not only the craft beer community but our coworkers.”

If you love chocolate, you might have heard that Hershey’s has made a chocolate beer with the oldest brewery in the US.

While Applebee’s is selling a $1 drink with five different types of alcohol.

Plus Aldi shoppers have ranked their favourite US products – and its $3 wine came out top.

Couple fell in love after meeting at a pole dancing class

Without guidance, banks won’t help the UK recover from coronavirus

Try these super slimming summer soups from the Hairy Bikers

The Bloopers Keep Coming For News Reporters Working From Home

Can coronavirus spread in water? Summer safety warnings during the pandemic

Prince William and Kate Middleton Do Not Want Princess Charlotte to Return to School Just Yet, Source Says