Schools that Excel: How the southern stars shine

The coronavirus pandemic has not only given students mighty lessons about viruses, exponential growth and supply and demand – at Star of the Sea College, it's an opportunity for growth.

Principal Mary O'Connor said students had noted that the switch to online learning would make the transition to university easier, and teachers were reminding students they are living through history. 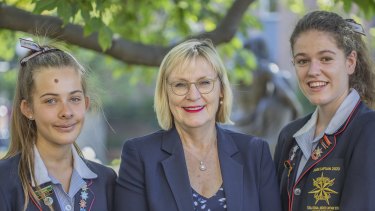 Ms O'Connor has sought to cultivate a growth mindset among students since joining the Catholic girls' school in 2017.

"The culture of school has changed, where the girls have the self-belief that they can get a really good result, that they are going to get the best out of themselves, that the staff are there to support their learning and really help them," she said.

The proof is in the pudding. The percentage of students with a study score above 40 has almost doubled from 8.8 per cent in 2015 to 16.9 per cent last year. Star's median study score rose from 33 to 35 in the same period.

These improvements have led to The Age crowning Star of the Sea its Schools that Excel non-government school winner for Melbourne's south.

You can view the VCE results of your school over the past decade using the interactive tool below:

So how was it done? Ms O'Connor said a few changes made a big difference.

She said she took a forensic approach to improving the Brighton school. Class time was reduced from 75 minutes to 60 to enable students to see their teachers more frequently. This was prioritised over other activities, such as festivals and excursion, to give students continuity. Teachers were encouraged to become VCE assessors, to see what best practice looks like.

Teaching and learning, wellbeing and student engagement are also in sharp focus at Narre Warren South P-12 College, which has been named The Age's Schools that Excel government school winner for Melbourne's south.

Principal Rob Duncan said the fast-growing school had not only boosted its academic results but also had some of the most satisfied students in Victoria.

The school's median study score has risen to an above-average 32, and the percentage of students with an ATAR above 40 has almost tripled to 8.2 per cent.

Mr Duncan said teachers and students were willing to go the extra mile for academic excellence, with last year's top students completing up to 40 practice exams per subject. 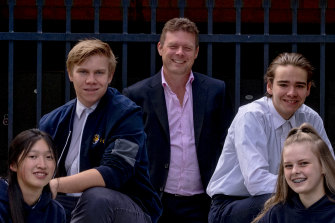 Excel:, How, Schools, So, That, the
You may also like:

Cigarette prices latest – Budget 2021 sends UK cost of ciggies soaring – how much are they now, plus pensions & tax news

A Britney Spears mystery that becomes so much more

Argos Black Friday 2021: Early deals and what deals to expect