According to Sean Penn and Leila George's close friend, the two recently tied the knot! 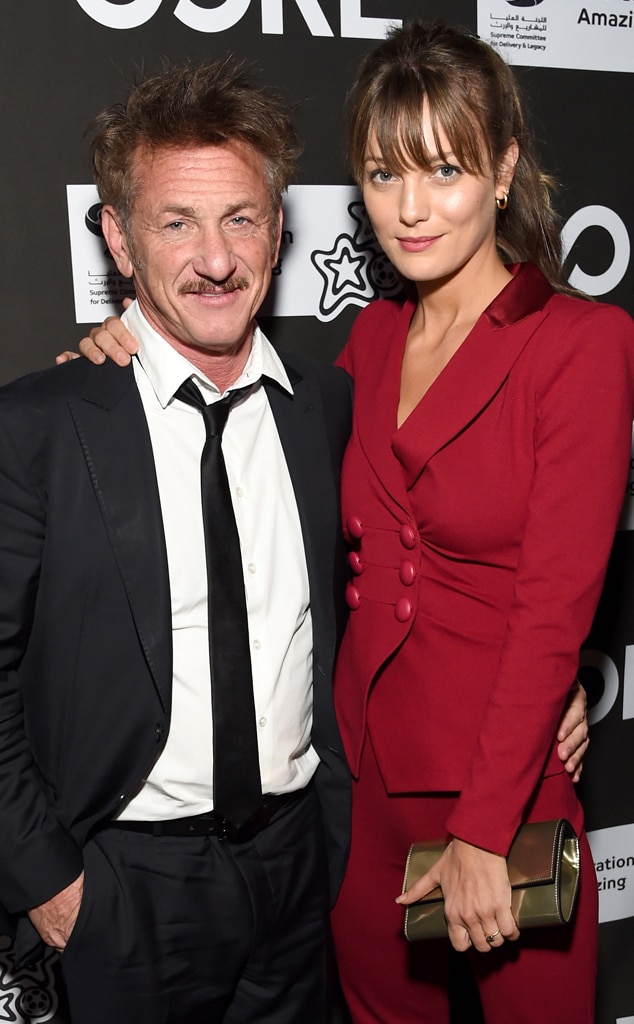 Sean Penn appears to be off-the-market!

The 59-year-old star has taken his romance with Leila George to the next level, according to the couple's close friend. Philanthropist Irena Medavoy announced the special and exciting news that that the couple recently tied the knot.

"We are so happy for @leilageorge #seanpenn getting married," Irena captioned her post on Friday, alongside a throwback image of the newlyweds. "We love you. Thank you for being like family… we are over the moon to find your soul mate true partner."

The philanthropist closed, "You are meant to be together… God Bless you both and the family you have joined. Introducing the Penn's."

Taking to Instagram Stories, Irena continued to celebrate the couple's union and even showed off Leila's gorgeous wedding rings. It appeared the bride had her "something blue" prepared, considering her engagement ring was a breathtaking sapphire diamond. Her gold band matched Sean's.

"Married. Congratulations to these epic magical people," Irene captioned one Instagram Story, and wrote for the other, "Congratulations we love you."

At this time, the newlyweds have yet to publicly comment on their ceremony. Leila's famous father and actor Vincent D'Onofrio also hasn't shared the wedding news.

Sean and Leila began dating in the fall of 2016. The two first sparked romance rumors after the Australian-American actress posted a photo of her and the Gangster Squad star.

Britney Spears' Dad Speaks Out About Her Conservatorship

At the time, E! News reported the pair had been secretly inseparable for months. They were also spotted on several dinner dates in Los Angeles before finally confirming their relationship.

They officially made their red carpet debut as a couple in October 2016.

Despite being in the public eye, the two have been notoriously private about their relationship. In fact, they only recently walked the red carpet together after months of keeping a low-profile. Back in 2020, they made a rare public appearance together to attend a gala dinner in honor of the 10th anniversary of CORE (Community Organized Relief Effort).

Sean, on the other hand, was previously married to Madonna from 1985 to 1989. He also had a 14-year relationship with Robin Wright but they officially called it quits in 2010. They share two children together, Hopper (26) and Dylan (29).

Before settling down with Leila, Sean also dated Charlize Theron. However, the two broke up in June 2015.