Should primary school children wear masks? As one headteacher says pupils as young as five must use them 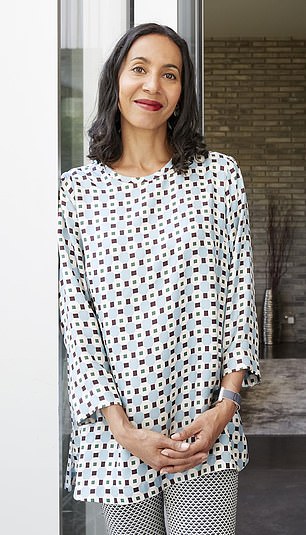 The admission may not make me popular, but I cheered when a primary school headteacher in Milton Keynes made face masks compulsory.

Finally, rather than waiting to be told what to do, someone in a position of responsibility had engaged his common sense.

Yes, it might be over-cautious for a primary (Boris Johnson has just said teachers in England can order secondary pupils to wear masks in communal areas of the school; Scotland has already done so), but that’s so much better than reckless.

The PM points desperately to his scientific advisors as the basis for his policies. But they’re not all-knowing sages; they’re just people‑with-training who are grappling with the unknown. And people make mistakes.

I ceased paying any heed to the Government’s incoherent and arbitrary diktats months ago. Back in March, I didn’t wait for permission to pull my six-year-old son from school. I did it a week early based on my own judgment about the available evidence.

Likewise, I lost my temper at my 75-year-old mother who seemed perfectly content to sit and wait for easyJet to tell her if it was safe to fly to Berlin in March, rather than making up her own mind.

It should be up to teachers and parents — not the Government — to decide if children wear masks at school. My son’s school has already vetoed their use, so whether I let him go back in September will depend on local R-numbers (Covid-19 infection rates) and what additional measures they put in place. But the point of wearing masks is to protect others. If you’re coughing and spluttering, I can avoid you; but if you’re asymptomatic, you could be super-spreading without knowing it, fast-tracking the vulnerable to their coffins.

Yes, masks can be hot, scratchy and uncomfortable, and any normal child will initially be resistant to wearing one. But show me a child who voluntarily cleans his teeth or likes having his hair washed. As parents, we insist on such compliance, because having fresh breath and being clean is good for us, and less of an affront to society. Mask-wearing should be exactly the same.

As for my six-year-old, it came down to a combination of him seeing me and others wearing them, and buying him a softer, child-friendly cotton mask rather than the medical ones I use. Throw in a ‘fun’ rainbow print and tell him he’s being a superhero because he might be saving lives and you’ve sealed the deal.

At the end of the day, wearing a mask is just not that big a deal, unless you make it one. 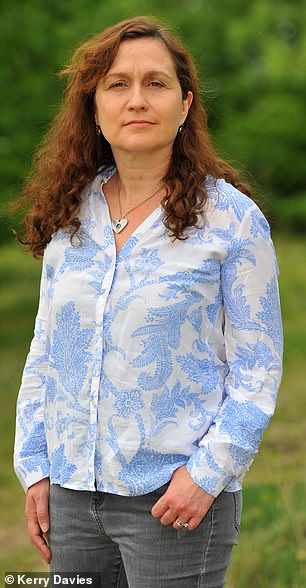 Areassuring pattern emerges at the start of each new year at primary school. Uniforms and pencil cases ready, the little ones are excited but nervous, searching for a friendly smile in the playground.

But now imagine it’s been six months off, not six weeks, and instead of smiling friends and teachers, they are met by a sea of masked and unfamiliar faces.

That’s what Warren Harrison, headteacher at Premier Academy’s Eaton Mill Primary School in Milton Keynes, has decreed will be the case for all children at his school, bar those in Reception.

My heart sinks at his attitude. My daughters are 11 and 12, and wear masks in shops and on public transport. Still, they find doing so uncomfortable and can’t wait to take them off after half an hour or so. It’s even harder for younger children to cope.

I’ve spent much of the pandemic campaigning to keep schools open and mask-free with Us For Them, the action group I co-founded. We started it in mid-May after we saw pictures of children returning to school in France and sitting isolated in chalk circles. We were horrified that this was happening to children without anyone speaking out, and we now have 20,000 members.

Soon after Eaton Mill’s face-mask policy was revealed, emails from worried parents with children there started dropping into my inbox.

A friend’s eight-year-old said she is worried she won’t be able to whisper a secret to the friend she is so looking forward to playing with again. Another nine-year-old boy is petrified of people wearing masks: it makes him think of villains in films. More than one said they were seriously considering withdrawing their child. So I think it’s high time we get some perspective — to ensure we don’t sacrifice the health and education of a generation of children.

Psychologists worry about children’s learning, communication and anxiety levels if face masks are worn. How will they read signals from their teacher? How will a teacher know if a child has understood something fully without seeing their face?

Children play a minimal role in virus transmission. Data from Public Health England from schools open in June found only 0.01 per cent of had an outbreak, and the vast majority were staff-to-staff transmission.

So let’s use our common sense, put children first and send them back to a school environment where they can actually learn and grow.

I won't say sorry for being disabled anymore

Driving tests to restart from April 12

Critics Are Calling Out Kylie Jenner For Getting a New Puppy; 'She Doesn't Even Take Care of Her Other Dogs'