Patricia Altschul from Southern Charm hinted about an entertaining upcoming season when a fan wondered if she would be providing tips on manners and grace. 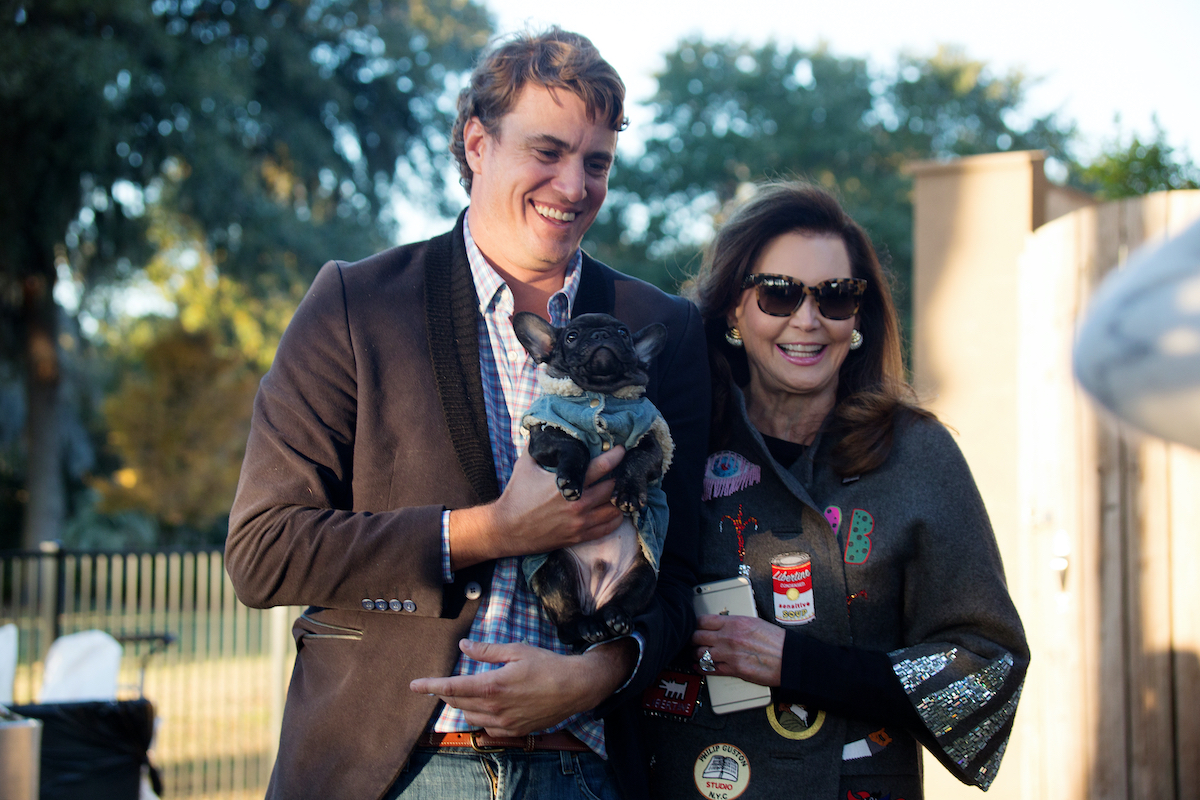 She shared a sneak peek of her “at home” confessional set up in her living room. Fans flooded the Instagram post with questions, which is when Altschul teased about an engaging season. “Believe me there are far more interesting developments this season,” she remarked.

Indeed, the upcoming season may be extremely tantalizing after the show experienced a number of cast departures and drama. The filming schedule has also sputtered on and off thanks to the pandemic. Altschul also shared that her company, Patricia’s Couture was an unfortunate casualty of the pandemic. “I lost the factory due to the pandemic,” she shared.

The season won’t include at least four cast members

New cast member Eliza Limehouse recently shared she won’t appear in the upcoming season. “Dropped a bomb on y’all today…no more southern charm for me,” she shared on Instagram. “Bittersweet, such a good ride!” Meanwhile, tenured cast member Cameran Eubanks confirmed in May she too won’t return to the series.

Her departure was muddied by negative rumors about her marriage, allegedly sparked by Kathryn Dennis. “I was going to make a kind statement about why I decided to leave the show tomorrow however it has come to my attention that insidious rumors are now spreading and fake articles are being written…some of which pertain to my marriage,” Eubanks shared in an Instagram post.

Saw this and felt like I should post it for those who need a sign. ✨This is one of the truest things I’ve learned in my 36 trips around the sun. LISTEN to your gut. It rarely will fail you. Sometimes its hard to decipher whether it’s your gut or your head talking but I think the gut feeling is definitely coming from a higher place.

Naomie Olindo and Chelsea Meissner have also reportedly left the show. “To all those asking why Cameran, Chelsea and I (and anyone with a life they want to protect), quit the show, it’s sh*t like this,” Olindo shared on her Instagram story, The Post and Courier reported. She added, “Shame on you Kathryn Dennis for this and many other things.”

Shep Rose revealed that the series hadn’t started filming during its usual time, long before the pandemic struck. Filming typically occurs in the fall, but Rose said the cast was still waiting for the green light in October 2019.

“Usually we film in the fall,” Rose said on The Ross Bolen podcast. “I don’t know if we are going to do another season. But we’re not doing one now.” Adding, “If I had a gun to my head, I’d say that they’d want us to do another season,” he continued. “The ratings were pretty good.”

The seventh season began filming in February 2020, according to Fits News. But a widespread lockdown gripped the nation only weeks later. Producer Lawson Roberts confirmed with local Charleston newspaper The Post and Courier the series filmed for three weeks before putting a pause on production.

Lawson also hinted that new cast members will be joining the roster but could not reveal their identities. One potential new cast member is Rose’s friend, Taylor Ann Green. “Shep and I are great friends, loving spending time and laughing together,” Taylor told US Weekly. “Looking forward to season 7!” Olindo told US Weekly in July that she heard filming resumed.

Meghan Markle Keeps This Delicious-Smelling Candle at Home, and You Can Buy It at Nordstrom

How socially distanced theatre is continuing despite COVID-19 restrictions