STARBUCKS customers have been left confused after discovering some shops aren’t doing Eat Out to Help Out.

The coffee chain is participating in the money-saving scheme – but it’s confirmed not all branches are taking part. 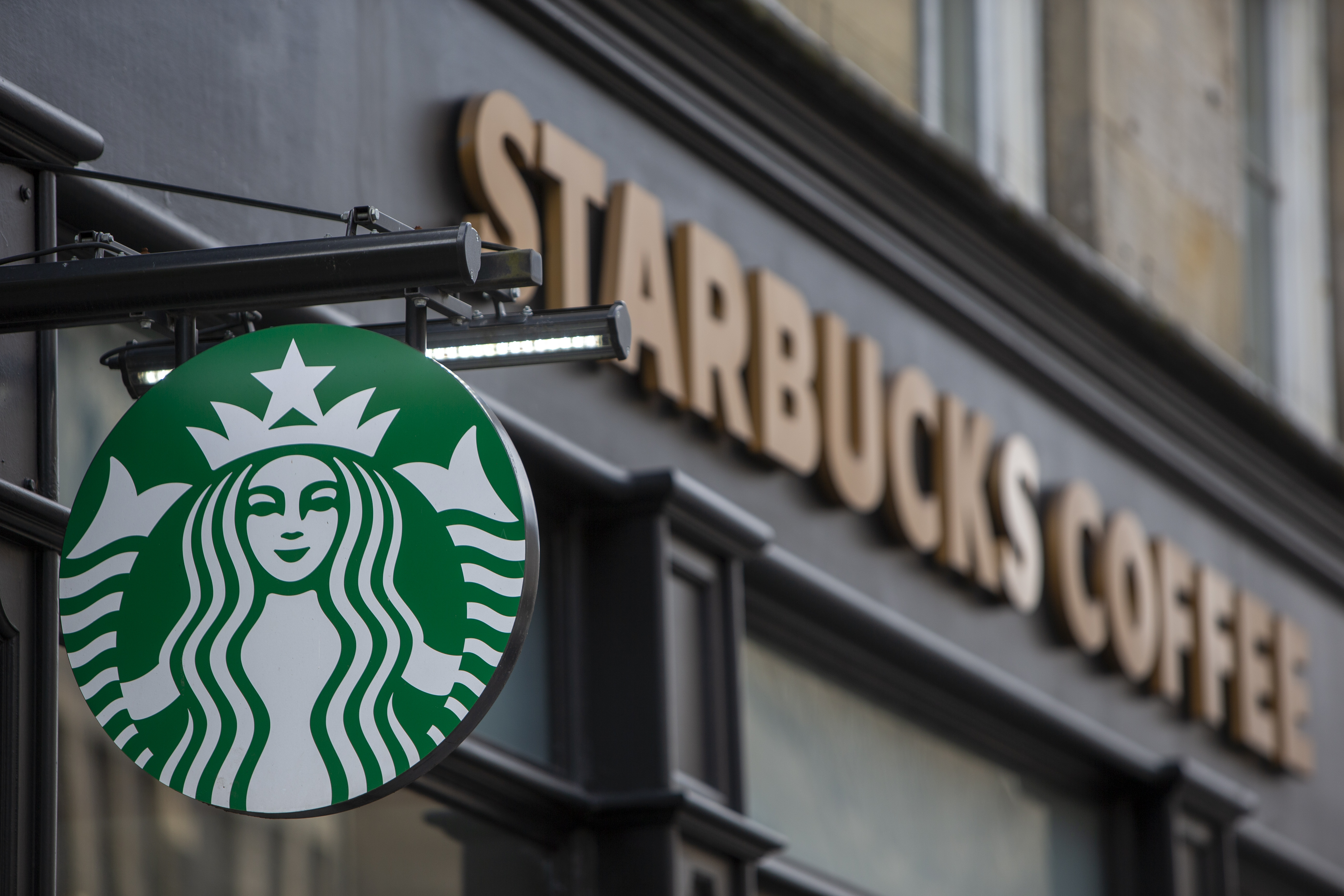 Starbucks told The Sun that a “minority” of its stores aren’t doing Eat Out to Help Out.

Eat Out to Help Out means Brits get half-price food and drink, up to a maximum of £10 per person, on Mondays, Tuesdays and Wednesdays in August.

But the confusion has left some Starbucks customers stumping up full price for coffee and drinks, despite thinking they’d be getting 50% off.

Complaining to Starbucks on Twitter, one person said: “Why are some Starbucks doing eat out to help out but others are not? When eating in? No consistency.”

Another said: “We went to eat out to help out at Starbucks London Bridge. Starbucks is on the Gov UK list. We ate in. They refused to honour the 50% off pledge. How come?”

A third tweeted: “My daughter used my Starbucks card today to buy her lunch and she ate in but got no Eat Out to Help Out discount?!”

The cafe giant hasn’t said why some branches aren’t participating.

We've asked Starbucks how many branches have opted out and we'll update this article when we know more.

In the meantime, it's told us that all participating Starbucks will have Eat Out to Help Out posters in their windows. 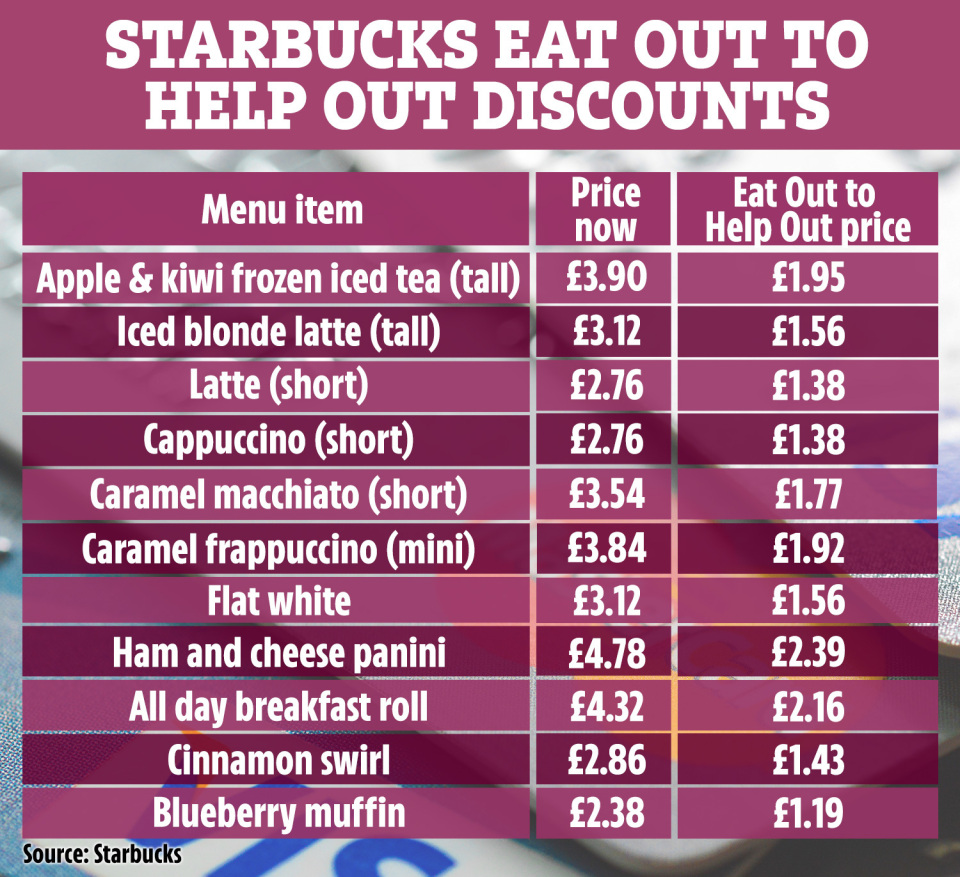 For branches that are taking part, customers can pick up a small latte or cappuccino for £1.38 instead of £2.76.

If you fancy something cooling, a small caramel frappuccino will come to £1.92 rather than £3.84.

As food is also being discounted, an all day breakfast roll – containing scrambled eggs, pork sausages and smoked bacon in a crusty roll – will cost £2.16 instead of £4.32.

A Starbucks spokesperson said: “The majority of Starbucks stores are taking part in Eat Out to Help out.

“Customers can identify which of our stores are participating through signage in store windows and by visiting the UK government Eat Out to Help Out website.”

Starbucks has already slashed prices after it decided to pass on lower costs to customers following a cut in VAT.

Chancellor Rishi Sunak announced he was slashing VAT for businesses in the hospitality industry from 20% to 5%.

eat, help, out, Starbucks, to
You may also like: