STEPHEN GLOVER: Let’s get this whole Williamson affair in perspective

STEPHEN GLOVER: Yes he was wrong, but let’s get this whole Williamson affair in perspective

Gavin Williamson was undoubtedly over-promoted to the position of Defence Secretary, and was guilty of dropping regular clangers and making repeated gaffes during his undistinguished 18-month stint in the job.

That Theresa May gave so important a job to a man who had never been even a junior minister is a black mark against her. The fact that he had been her campaign manager when she sought to become Prime Minister in 2016 was no qualification at all.

So we can agree about his deficiencies, and I would be astonished if he were ever a member of the Cabinet again, even in the unlikely event of proving he was not responsible for leaking to the Press.

I nonetheless believe much of the reaction to his sacking has been hysterical. Williamson has been accused of divulging ‘state secrets’ and committing a ‘serious crime’. 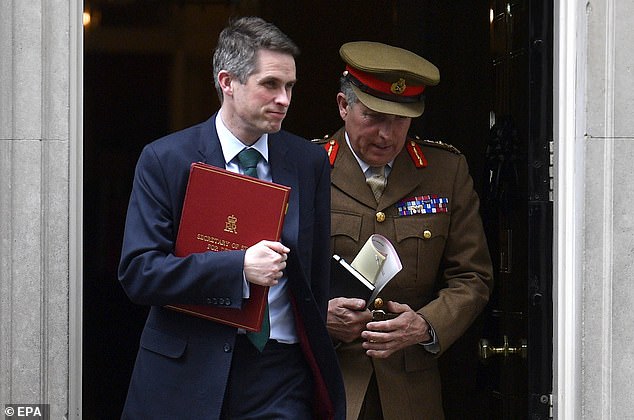 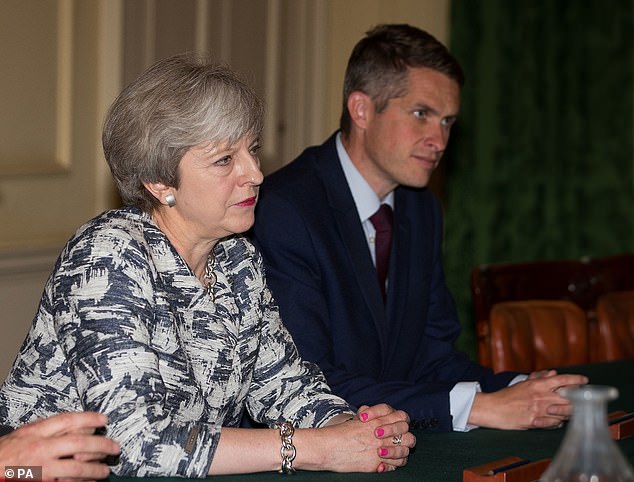 This is nonsense. Labour, which has been in the forefront of such accusations, is cynically playing party politics.

Let us assume, although he strongly denies it, that he did tell a Daily Telegraph journalist that the Prime Minister had given the green light to the Chinese company Huawei to supply technology for Britain’s new 5G phone network despite opposition from senior ministers, and warnings from the United States.

If he did so, it is right that he was sacked, since the discussions about Huawei took place at the National Security Council (NSC), whose deliberations are supposed to be sacrosanct.

The 11-minute phone conversation he had with Telegraph journalist Steven Swinford, the day before the story appeared in that newspaper, looks like a crucial piece of evidence which those Tories (mostly inveterate enemies of Mrs May) yelling about a travesty of justice can hardly explain away.

One might add that, if Williamson is indeed guilty as charged, he will have a lot of explaining one day to do to his children, on whose lives he has sworn his innocence. I don’t believe a decent man, even if innocent, ever publicly invokes his children’s lives.

But the most important point is that nothing Williamson may have told the Telegraph – or at any rate nothing that appeared in the newspaper – imperilled national security in the tiniest degree. 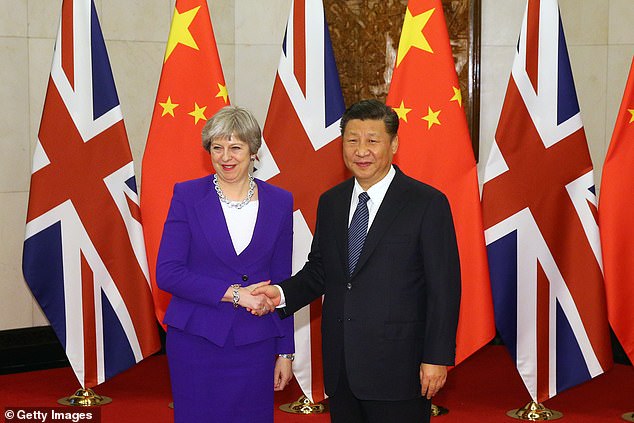 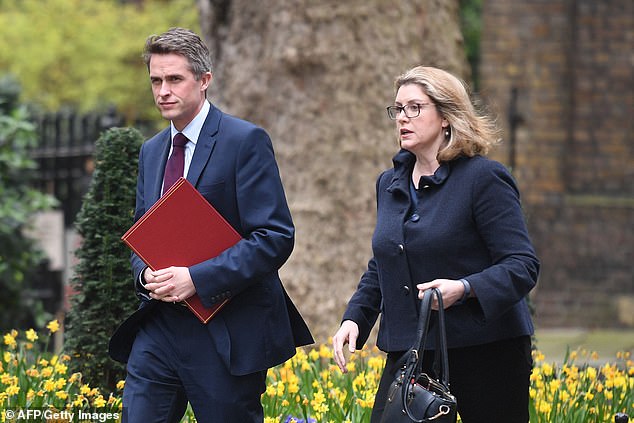 What was revealed on the paper’s front page solely concerned policy.

On the one hand was the Prime Minister. She could probably count on the support of Chancellor Philip Hammond, who favours closer trade ties with China, and was present at the NSC meeting.

All had qualms about putting a company with links to the Chinese government at the heart of our telecommunications network.

Weren’t they absolutely right to express such doubts, the more so since they are shared by our major ally, the United States, and some of our own intelligence experts, including MI6 chief Alex Younger?

In many ways, the wonder was that a beleaguered Prime Minister, whose days must be numbered, should have felt able to override so many senior colleagues, and our closest international ally, in prioritising the interests of Anglo-Chinese commercial cooperation over security concerns.

Whatever one’s views – and I am firmly in the anti-Huawei camp – it is surely beyond dispute the Telegraph was acting in the public interest by publicising a disagreement about so important a matter. It did what newspapers are supposed to do.

And that reflection should make us pause before we throw the book at Gavin Williamson. Of course he was wrong to break the confidentiality of the National Security Council. But no state secret was exposed – only a rash decision which could arguably undermine the future security of the state. 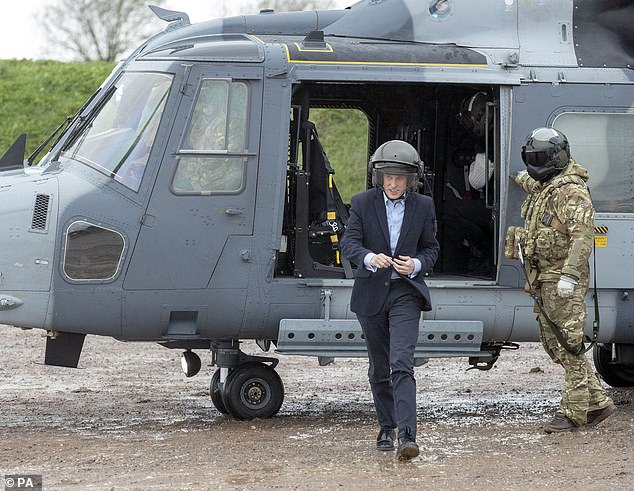 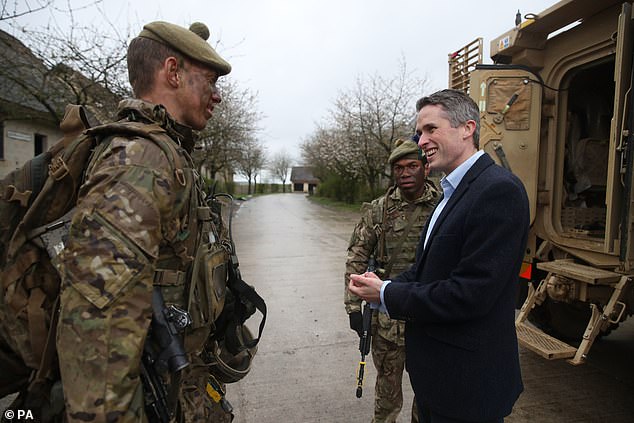 That is why Labour’s response is so wrong-headed. I suppose one can’t blame it for attempting to capitalise on the deepening tribulations of a Government whose fortunes are going from bad to worse.

But the party’s deputy, Tom Watson, was playing with fire in suggesting yesterday in the Commons and on Radio 4’s Today programme that Williamson has committed a crime, and should face a criminal investigation for possibly having broken the Official Secrets Act.

Such an inquiry would not only put Williamson in the dock, but the author of the Telegraph’s story, Steven Swinford, would also find himself under scrutiny, as probably would other of the paper’s journalists. Notebooks would be examined, and reporters would be asked to reveal their sources, which of course they would be reluctant to do.

Mrs May does not want such a process. Nor do the police, if Metropolitan Police Commissioner Cressida Dick is to be believed. Yet in order to extract political advantage, Tom Watson advocates a probe – which would inevitably turn into an anti-Press witch-hunt.

Has he taken leave of his senses? He is no great friend of the Press, having preposterously described newspaper publishers as a ‘little group of greedy, cruel men’ who have ‘raised two fingers to Leveson [who conducted an inquiry into the Press], to Parliament, to their victims and to the public.’

Watson, it should be recalled, refused to return any of the cash even after the Mail uncovered a 1960s far-Right leaflet linking immigrants with disease that described Mosley as its publisher. 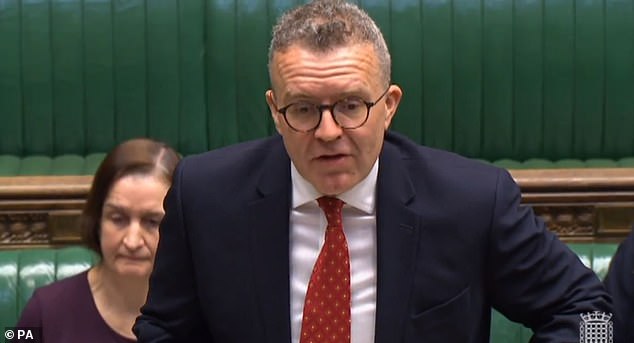 Tom Watson (pictured) speaking in Parliament on Thursday – he would do well to reflect, when hammering the Tories his own Corbynista-led party harbours skeletons in its closet that could be infinitely more damaging if Labour were ever to come to power

If the Labour deputy leader could stand back a little, and put political advantage to one side, he might concede that a free society depends on whistle-blowers bringing to light secrets the state would prefer to keep under wraps.

Granted, Gavin Williamson did not blow his whistle in the right way (assuming he was guilty) because he broke a bond of secrecy as a member of the National Security Council.

But the effect of the Telegraph’s story has been to open an important debate about this country’s future dependence on China that might have been shut down if Theresa May and Philip Hammond had had their way.

And Tom Watson would do well to reflect, when hammering the Tories over a supposedly grave national security lapse, that his own Corbynista-led party harbours skeletons in its closet that could be infinitely more damaging if Labour were ever to come to power.

I am thinking of the close contacts Jeremy Corbyn and his entourage have forged with the odious regime in Venezuela and among Middle-East terrorist groups such as Hamas and Hezbollah, not to mention Putin’s Russia. By comparison, Gavin Williamson’s revelations were wholly innocuous.

He may have been a gaffe-ridden Defence Secretary. He was unsuited to the job to which Mrs May unwisely promoted him. But leaked information was emphatically in the national interest.