As they wound up the last of six Australian shows this week and jetted off to New Zealand, Californian band Tool announced their extraordinary Fear Inoculum tour would be heading to north America from the middle of April, playing another 28 shows in what's sure to be one of the most celebrated and widely talked about tours of the year.

If you were among the 90,000 people to see Tool in Australia this month, there's little doubt your third eye will have been well and truly opened up to what can be achieved when a band strives for greatness. No photos snapped on a phone or a snippet of footage hurriedly captured during the band's exceptional two-and-a-half hours on stage can do any justice to Tool in full flight. The band did concert goers a favour asking them to not take photos or film during the performance. Powerful live versions of new songs from Fear Inoculum, along with a terrific selection of tracks from their previous four albums, should live long in the memory. Hopefully the band returns to Australia before too long. 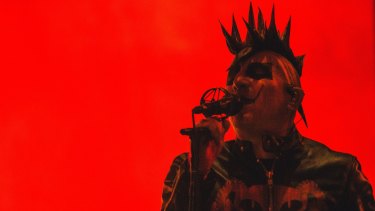 In the meantime, there's plenty of evidence to suggest last year's Grammy Award-winning band will be powering on for some time to come. Fear Inoculum could even be one of those seismic albums that ushers in a new wave of listeners (and players) to the heavy/progressive rock genre. If you haven't done so already, give it a spin.

Has there been a truer album title for the times we live in? Recorded live in 2017, New War's Trouble in the Air is their third album in a little over a decade but true to form, this Melbourne four-piece has again steered clear of any sense of convention and done their own thing, spectacularly.

Cats and coronavirus: Can cats catch coronavirus? Can you get it from your pet?

Experts Explain How Your Body Image Can Impact Your Sexual Health