A series of three homophobic incidents in a single day inspired artist Paul Harfleet to start The Pansy Project in 2005.

Harfleet has since planted more than 300 pansies on patches of soil close to the sites of anti-LGBTQ+ attacks worldwide. He photographs each flower to memorialize the abuse and raise awareness about homophobia and transphobia. The images are collected on the project’s website.

“When I began the project 16 years ago, I hoped the need for it would fade,” Harfleet told HuffPost this week. “Alas, cases continue and the LGBTQ+ experience is still a challenging one all over the world to varying degrees.” 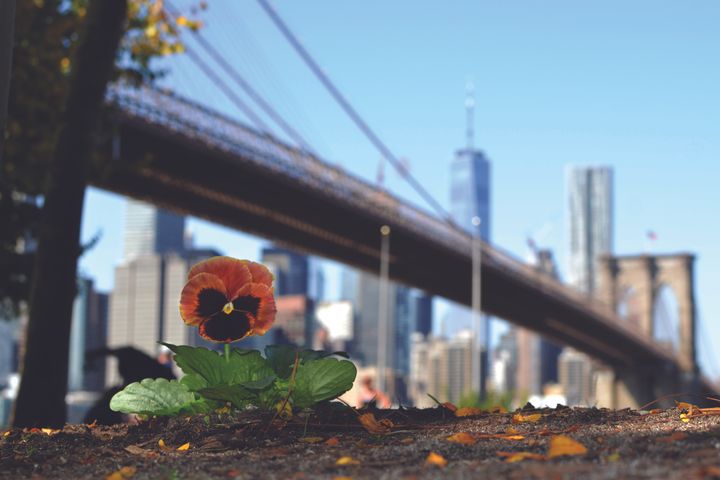 Harfleet chose to plant pansies because of their “obvious connection with homophobia,” he said. “Being called a ‘big pansy’ was common for me as a child, and it references being weak, gay or ‘like a girl.’”

He planted the first in his then-home city of Manchester, England, soon after being the victim of three homophobic incidents in quick succession.

Construction workers shouting at Harfleet and this then-boyfriend, “It’s about time we went gay-bashing again isn’t it?” was soon followed by stones being thrown at the couple by a mob. The third incident involved “a bizarre and unsettling confrontation with a man who called us ‘ladies’ under his breath.”

“People were shocked that this had happened to me. Alas, I was not,” Harfleet remembered. “I felt that this may be something that needed to be explored as an artwork.” 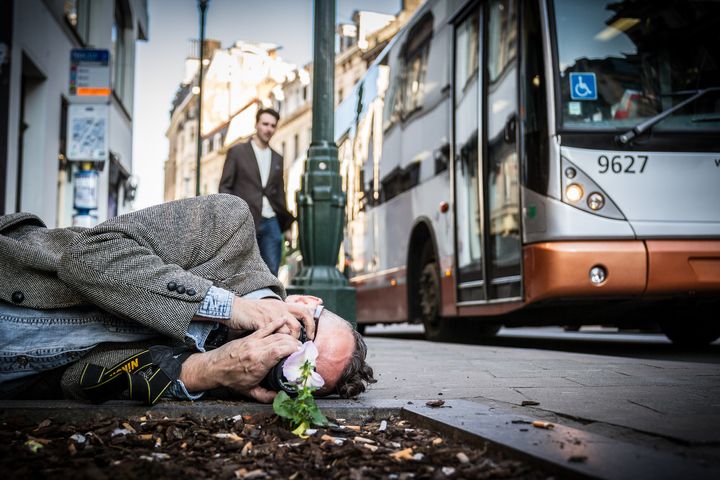 Harfleet has now planted pansies across the United Kingdom, Europe, the United States and in Canada, usually when visiting cities to talk about the project at art festivals and exhibitions.

He relies on online callouts for suggestions of what incidents to mark.

Sometimes he’ll receive hundreds of ideas. “Other times it’s just a few.” He then selects the specific locations for planting based on the media coverage that the attack received, its potential cultural impact and the context of where it happened.

“I don’t feel it’s my job to mark every location of hate crime. That would be impossible,” Harfleet said. They are “all upsetting” but “the way some experiences haunt people draw me to them, and I feel a sense of duty to mark their experiences. It’s a very intuitive process and one that differs in every town and country I visit.” 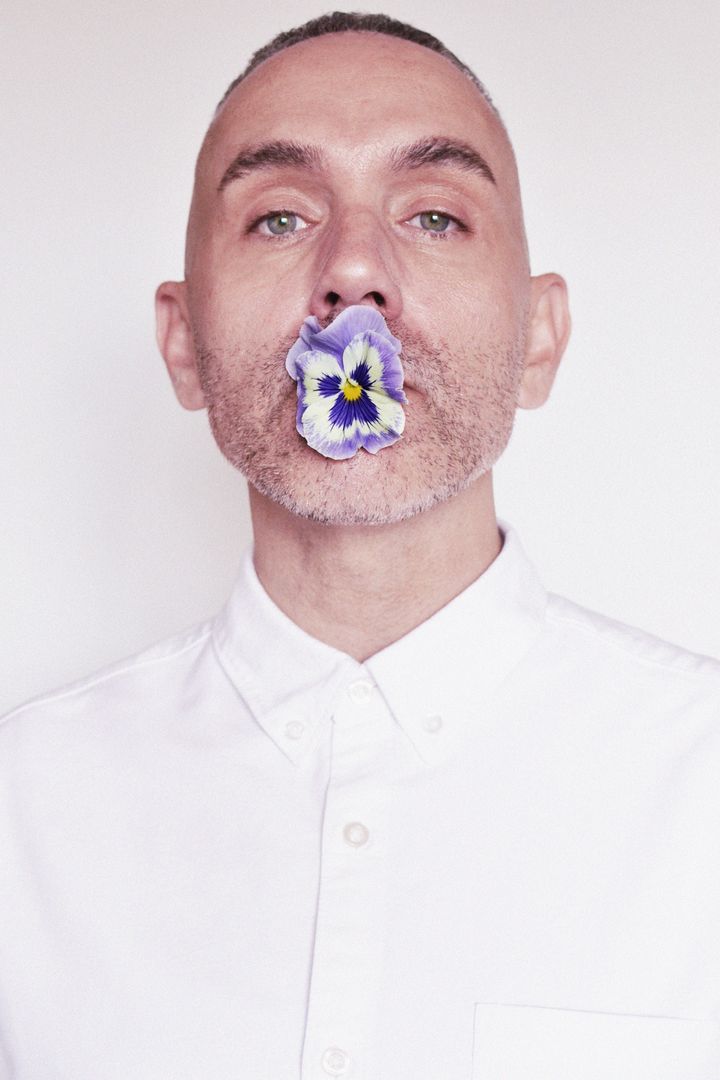 The photographing of each pansy can be a process in and of itself.

“I lie on the ground to do this, so sometimes people think I’m drunk, or I’ve fallen over,” Harfleet said. “When I was in Kansas with the Spencer Museum of Art, I was lying on the side of the road photographing a pansy and several people reported a ‘dead body’ on the side of the road as I was so still taking the pictures. The police arrived to check I wasn’t dead.”

“Of course the irony of this is not lost on me,” he continued. “Sometimes I’m planting pansies to mark a homophobically motivated murder. I can be lying exactly where they fell when they were attacked. This adds to the poignancy of the work.”

With COVID-19 lockdown rules in the U.K. effectively forcing Harfleet to pause the project for parts of the last year, he turned to drawing the birds that he saw from his window. It was an effort to provide “an alternative to the growing horrors of the pandemic,” he told the Spencer Museum of Art.

Now, as coronavirus restrictions are being eased, he is preparing to plant his pansies on patches of soil in Bristol, England, as part of the upcoming “Vanguard” street art exhibition.

Some will also be planted as part of a walking tour in October.

“This is always a lovely thing to do, as people can come together to talk about their experiences. My job is to give a purpose and occasionally nudge the conversation as I plant,” he said. “It’s a slightly absurd yet beautiful thing to do (and see) as people follow me planting random pansies on the street. Though ultimately standing against homophobia and transphobia as a community can be an empowering and moving experience for me and the participants.”

As for others who want to plant pansies on their own?

They are more than “welcome to [and have] planted [pansies] to mark their own experiences of homophobia and transphobia,” said Harfleet.

“This is part of the wonder of the idea. It’s democratic and open to everyone.”

“Vanguard presents ‘Bristol Street Art: The Evolution of a Global Movement’” opens at the M Shed museum in Bristol, England, on Jun. 26 until October.

Art, homophobia, Paul, street art
You may also like: