MARK ALMOND: The savagery of this terror attack in Nice could spark a new race war

After the harrowing butchery in the Catholic cathedral in Nice, the city’s mayor called for France to stop behaving as though it was a country at peace.

Many commentators and academics bridle at talk of a war on domestic terrorism, calling instead for analysis of its causes.

Perhaps they still believe in the old French saying, ‘To understand all is to forgive all’.

The problem is that after this horrific terrorist attack on the weakest and meekest in society, France’s capacity for understanding has been stretched to the limit. 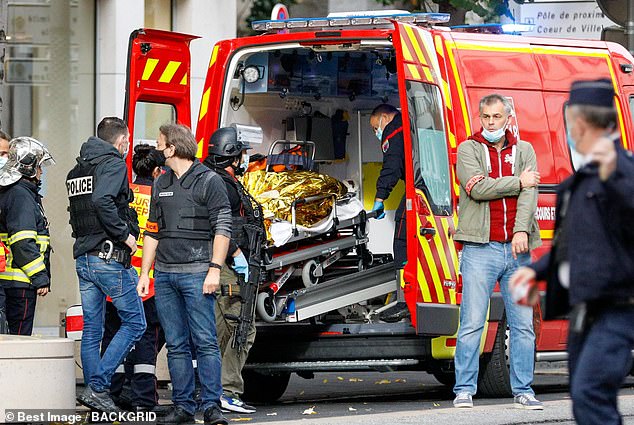 No indignation over cartoons of the Prophet Muhammad can possibly justify such an outrage.

The French police and intelligence services do of course need to understand the roots of this savagery and work out ways to identify and neutralise potential killers before they strike.

After all, this attack is just the latest in an appalling catalogue of recent Islamist violence against the French – from the mass murder at a Jewish school in Toulouse in March 2012, to the Charlie Hebdo killings in January 2015, the Bataclan concert shootings the following November and the Nice lorry attack in the summer of 2016. 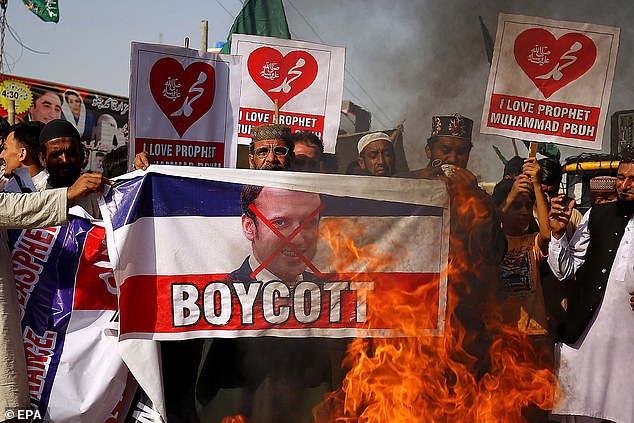 Angered people burn an effigy of French President Macron over his comments on Prophet Muhammad caricatures, in Karachi Pakistan on Tuesday

One explanation for this tide of terror is history’s poisonous legacy.

The beheadings recall the savage war for independence in Algeria before 1962, when the Muslim rebels often butchered French settlers and the French army struck back with torture and arbitrary executions. Some French terrorism analysts suggest that an Algerian-style civil war is now coming to France itself.

At the heart of the potential confrontation is a clash of two different cultures. On one side is the French tradition of a powerful national identity and strong secularism, stretching back to the late 18th century revolution.

On the other is an increasingly alienated minority, defined by their religion and estimated to number at least 5 million strong, the largest Muslim population of any European country.

The size of the task facing Macron’s intelligence services, as they hope to spot potential killers by peering into the grim concrete suburbs housing most of France’s Muslim population, is terrifying.

These ‘banlieues’ have often become crime-ridden no-go zones for the police in recent decades. And there is a small percentage of French Muslims within them who have completely rejected French laws and society, and become dangerously radicalised.

The current wave of knife attacks may be less deadly than heavily-armed rampages like those at the Charlie Hebdo offices and Bataclan Theatre – but decapitation by a single killer is in many ways more sinister. 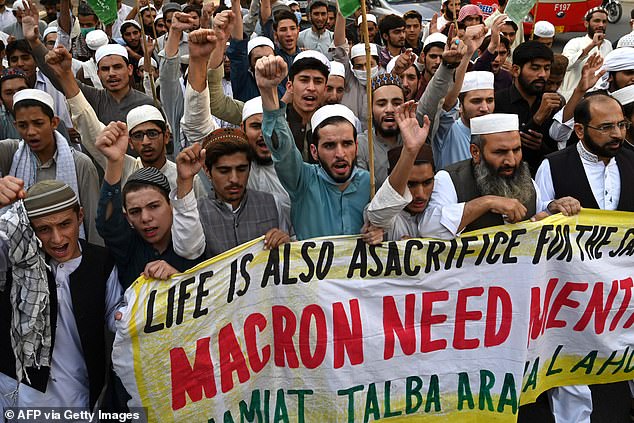 These lone wolf killers are even more difficult to forestall than carefully-planned atrocities, which leave an intelligence trail. Worryingly, it is the young, born and bred in France, who are most likely to adopt the slogans of Islamist fundamentalism even as they listen to Western rap music.

The goal of the hate preachers whose internet sermons groom and alienate these young men is to provoke a violent split between the French majority and the large Muslim minority.

And while President Macron valiantly preaches the virtues of secularism and tolerance, his sentiments will find no echo among large sections of France’s resentful Muslims. At the same time, many of the non-Muslim French are turning to Marine le Pen’s hard Right nationalist party which rejects Macron’s idealised vision of France as being too soft on terrorism. 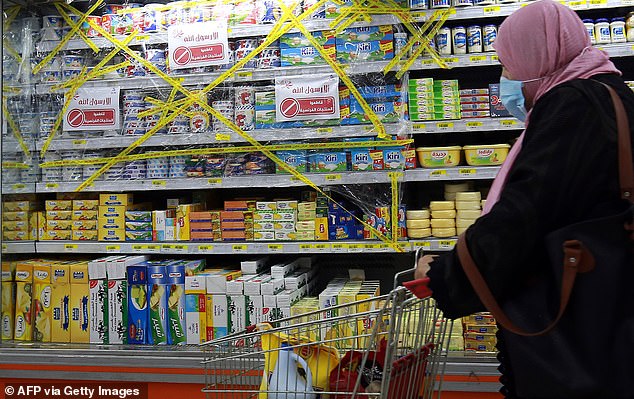 Calls to boycott French goods are growing in the Arab world after French President Emmanuel Macron criticised Islamists and vowed not to ‘give up cartoons’ depicting the Prophet Mohammed.

Promising to rain hellfire on terrorists after the decapitation of teacher Samuel Paty in Paris two weeks ago, she used inflamatory martial language, calling for ‘wartime legislation’ to take on the terrorist nightmare in the country’s midst.

‘Our President has proposed an inadequate and anachronistic containment strategy,’ she said. ‘The situation calls for a strategy of reconquest.’

President Macron has the all-but impossible task of rooting out potential terrorists without using heavy-handed methods which play into the propaganda of the godfathers of terror – over-reaction is what they want.

Unfortunately, following the horror of yesterday’s attack, that is what many French non-Muslims now want, too.

Mark Almond is Director of the Crisis Research Institute, Oxford

at, of, savagery, terror, the, This
You may also like: