Follow
Home » Lifestyle » The supermarket sandwiches with the MOST filling revealed

The supermarket sandwiches with the MOST filling revealed

The sandwiches with the MOST filling revealed: How some meal deal options are better value than others (and it REALLY depends on the supermarket)

The best value meal deals have been revealed, after researchers analysed supermarket sandwiches to find which contained the most – and the least – filling.

Social media is littered with sad snaps of limp sarnies, but now customers can avoid the frustration of biting into an underwhelming lunch by opting for the retailers known for stuffing theirs with plenty of filling.

Sainsbury’s was revealed to be the supermarket which fills its meal deal sandwiches with the most ingredients, the researchers found.

Morrisons and Boots, however, ranked bottom of the pile for most likely to underfill their sandwiches. 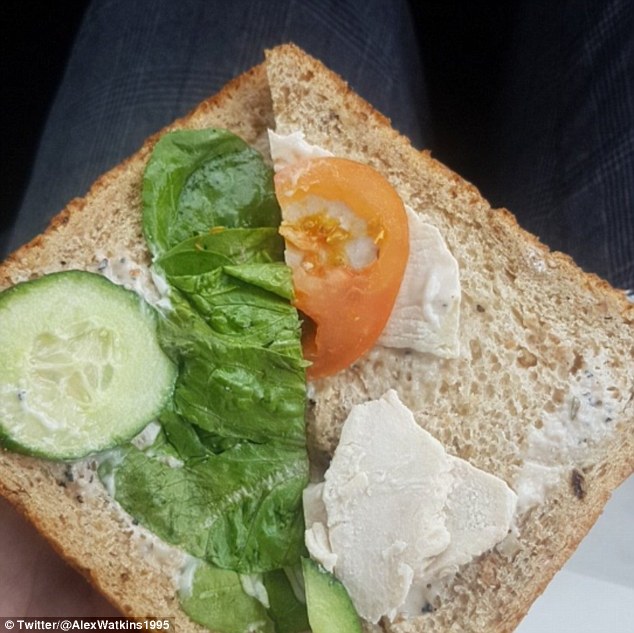 Morrisons’ Chicken Salad was found to be the worst value of its type across six major supermarkets for containing the least amount of filling on average. One customer found that his Morrisons meal deal treat only contained three small pieces of chicken and a small amount of salad (pictured) 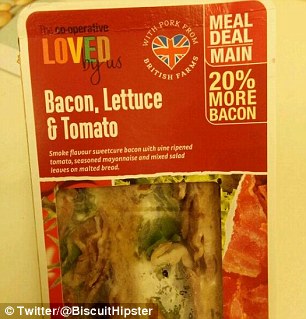 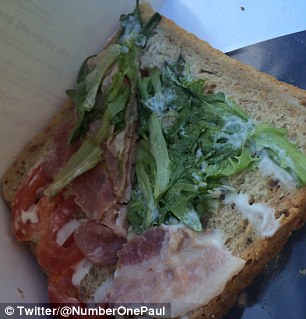 The Co-op’s Bacon, Lettuce and Tomato sandwich was found to contain the most filling on average (left). Meanwhile, Sainsbury’s, which came out on top for being the retailer that fills its sandwiches with the most ingredients on average, came bottom for underfilling its BLT sandwich on average, the researchers found (right, a customers’ under-filled BLT sandwich from Sainsbury’s)

There was only 2 per cent difference in the amount of filling between the top four supermarkets of Sainsbury’s, M&S, the Co-op and Tesco.

Meanwhile Boots and Morrisons were far behind the pack, with an average filling percentage of 34 per cent and 36 per cent respectively.

Which retailer pack the most filling into meal deal sandwiches? Researchers produced this graphic to show how Sainsbury’s stuffs its sandwiches with the most filling on average, while Morrisons and Boots lag behind the pack in terms of how much filling their sandwiches contain 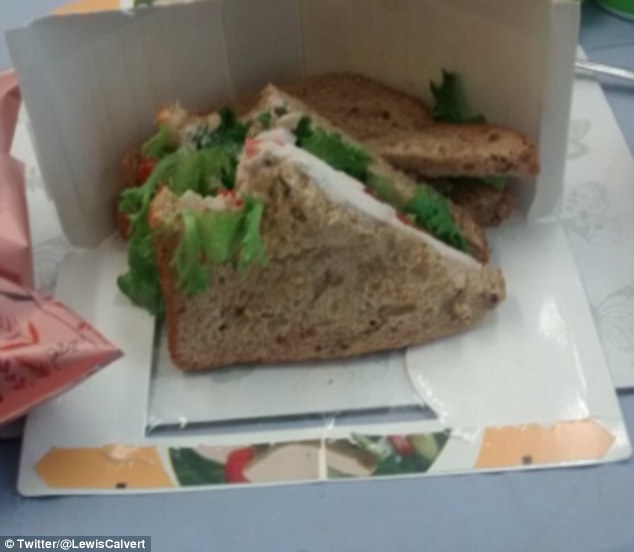 Twitter user Lewis Calvert praised Sainsbury’s on Twitter for its Chicken Salad offering, which he called the ‘best I’ve had’. It was found to contain the most filling on average by researchers

The averages were based on analysis of three types of sandwich bought at every supermarket: a BLT, a Chicken Salad and an Egg and Cress.

Nine sandwiches of each type were analysed to discover how much filling each type contained on average across the six major retailers investigated.

Although Sainsbury’s came top for its sandwiches containing the most filling on average, it came bottom for tending to underfill its classic BLT treat.

The Co-op was instead found to stuff its BLT sandwiches with the most bacon, lettuce and tomato.

Which supermarket sandwiches contain the most filling? Sainsbury’s no longer includes the BLT in its £3 meal deal, giving customers another reason why they might want to opt for another type of sandwich if visiting the retailer.

When it comes to its Chicken Salad offering, however, Sainsbury’s generously-filled meal deal option contains 20g more filling per pack of sandwiches than M&S.

At 122g of filling, you get over 50 per cent more than Morrisons, which comes in last for both amount of filling and filling to bread ratio.

Sainsbury’s Egg Mayo & Cress sandwich also contains the most filling out of the six supermarkets testing, with at least 2 per cent more filling than M&S’s rival version on average. This chart tracks a retailer’s average filling-to-bread ratio, with Sainsbury’s coming out on top for having more filling than bread on average. The Co-op, M&S and Tesco also fare well, but Boots and Morrisons lag behind

There is a huge discrepancy between the amount of filling in the best value and worst value meal deal options, with Morrisons’ and Boots’ options containing less than 30 per cent filling.

However, Boots Egg Mayo & Cress sandwich is a low-calorie ‘Shapers’ option, which may explain why it is light on filling.

Morrisons isn’t far behind, and offers half the filling of the Sainsbury’s equivalent with a feebler filling to bread ratio.

M&S and Co-op’s meal deals, like Sainsbury’s, do offer better value for money but they are 50p more expensive than the other retailers’ lunchtime deals at £3.50 for a sandwich, snack and a drink.

And despite Boots being ranked near the bottom of the pile for not stuffing its sandwiches with much filling, its meal deal often includes triple sandwiches which can give customers more food for their money.

filling, revealed, sandwiches, supermarket, the
You may also like:

Amazon's holiday weekend deals are unreal—here's everything worth buying