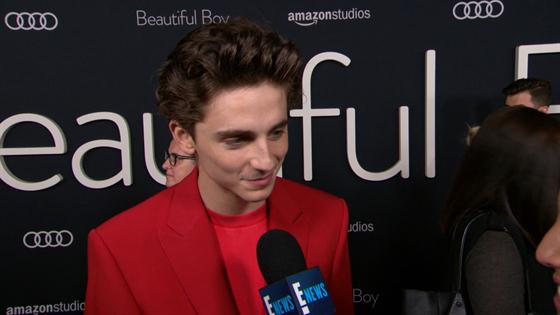 Timothée Chalametis the ultimate Office fan, which made it a bit hard to play it cool when filming with Steve Carell.

The Call Me By Your Name star told E! News’ Erin Lim, “It’s funny I could talk about it now, but really at the time I was like, ‘I don’t want anyone to know how surreal this all is.'”

And his job got a tiny bit harder when Amy Ryan joined Steve and Timothée on the set of Beautiful Boy. According to the young actor, it was tough to not geek out when Michael and Holly, who he describes as “the perfect TV couple”, are basically standing right in front of you. “I was specifically not fanning out,” he joked.

His secret obsession with The Office didn’t even come to light until about a month ago since Timothée made sure it “steadfastly did not come up” as a topic of conversation.

The Office Cast: Where Are They Now? 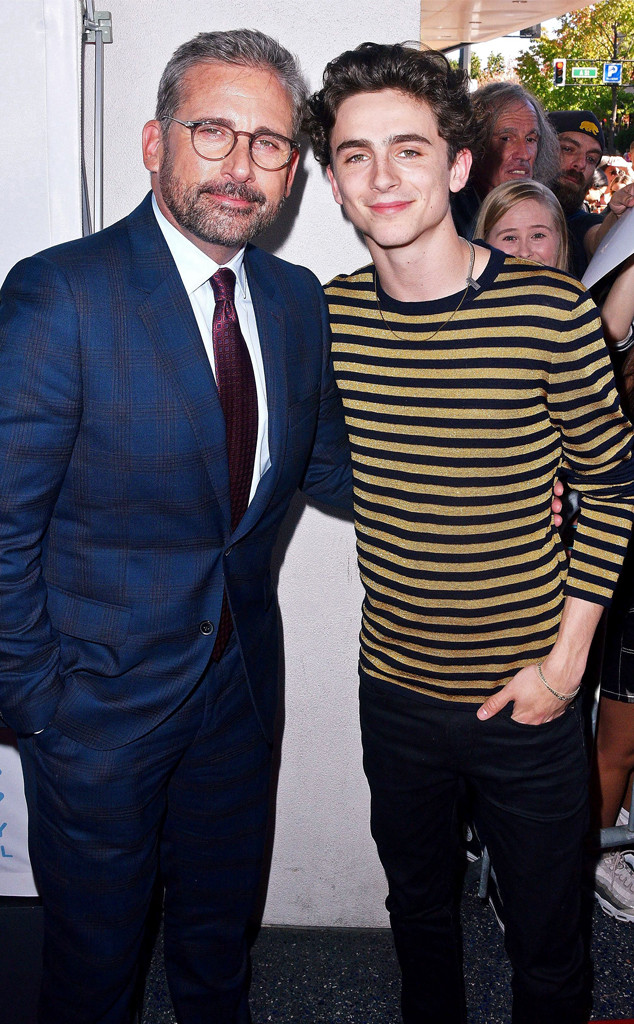 As for whether or not he would be willing to star in an episode of The Office, Timothée said he “would love to.” Steve Carell, on the other hand, is apparently not down. The star revealed, “steve is pretty clear that that’s not a thing that is in their ambition.”

Overall, Chalamet says working with Steve was amazing and it “was just thrilling to be around him.”

They may not star on an episode of The Office together, but fans can see Chalamet and Carell when they star in Beautiful Boy, which comes out on Oct. 12.

The Party House From Scream Is Now on Airbnb, and There's a Direct Line to Ghostface