Tricky maths problem sweeping social media leaves many scratching their heads… but can YOU work out what fraction is shaded?

A tricky maths problem is sweeping the internet – with many offering lengthy explanations of how to solve the question.

Sharing the puzzle online, mathematician Ed Southall, from the University of Huddersfield, posted an image of a pink triangle inside a square, along with the deceivingly simple question: ‘What fraction is shaded?’

Dozens of social media users shared their attempts at solving the difficult problem online, with some admitting they had been left scratching their heads.

However, education charity CEO David Weston has managed to offer a simple explanation of the correct answer. 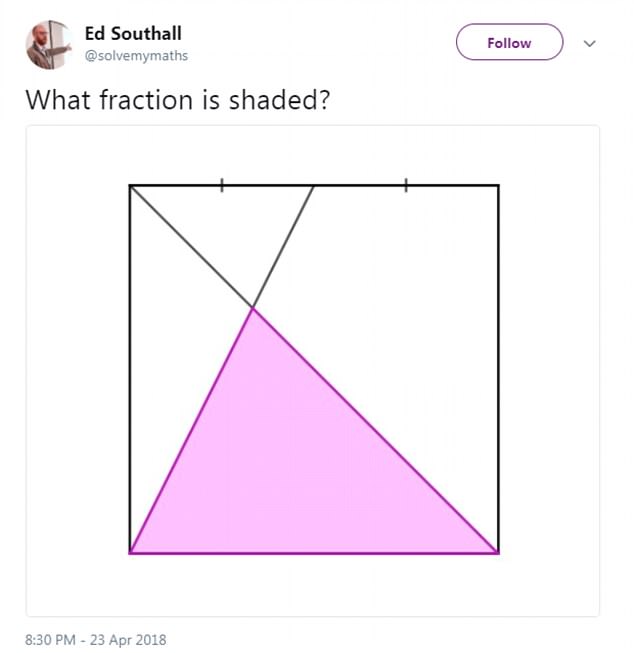 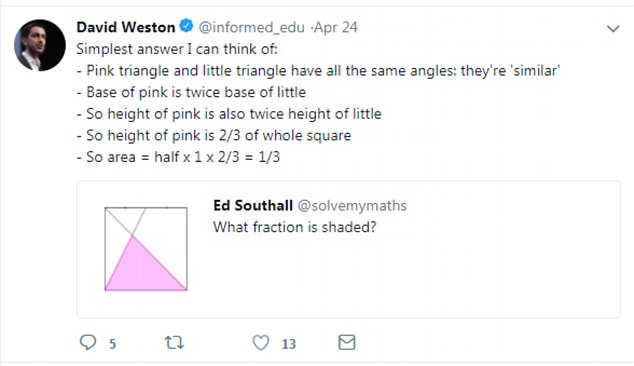 The final stage of solving the problem involves using the formula for working out the area of a triangle – which is half x base x height.

As the height is 2/3 of the whole square, you can take the base to be equal to 1 when using the formula.

Therefore, as David explains, the area is half x 1 x two thirds.

Dozens of other social media users have been sharing their solutions to the trick puzzle online, with one explaining: ‘The intersection height is the key’.

Another added: ‘My instinct says it’s 1/3… but I’ll have to work on the explanation!’ 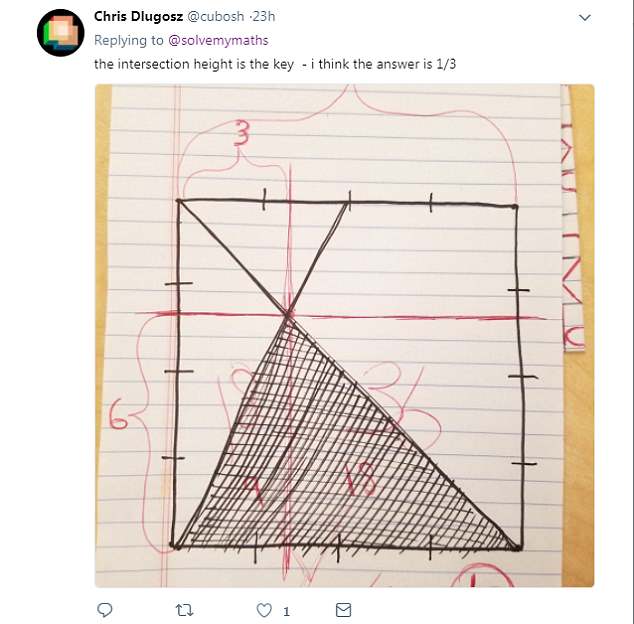 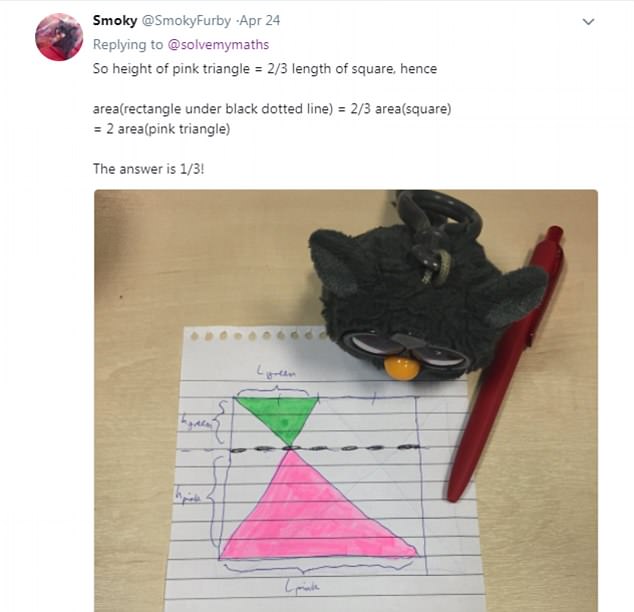 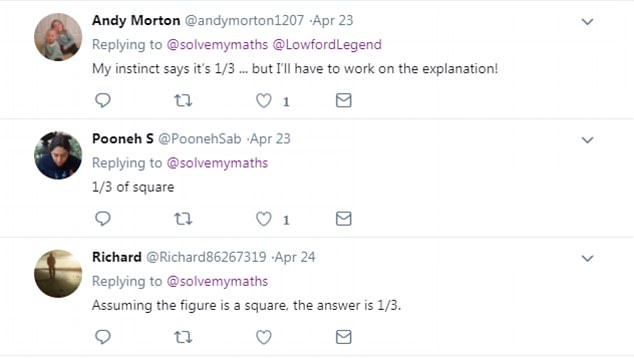 While a number got the correct answer, some were left scratching their heads when it came to the explanation