Tropical Storm Josephine formed in the Atlantic Ocean on Thursday morning, making it the earliest “J-named” storm in a record-setting hurricane season. Josephine was located 975 miles east-southeast of the northern Leeward Islands, according to the 11 a.m. advisory from the U.S. National Hurricane Center in Miami.

It was moving west-northwest with maximum sustained winds of 45 mph. No coastal watches or warnings were in effect. 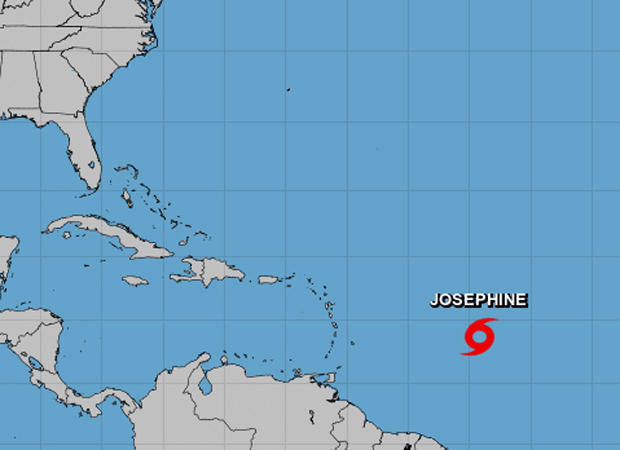 So far this year, Cristobal, Danielle, Edouard, Fay, Gonzalo, Hanna and Isaias have also set records for being the earliest named Atlantic storms of their respective place in the alphabet. Only Hanna and Isaias this year have developed into hurricanes.

Isaias killed two people in the Caribbean earlier this month. Several others across multiple U.S. states were then killed when the storm made landfall in North Carolina and moved through the East Coast, leading to floods, tornadoes, fires, and widespread power outages.

Last month, Hurricane Hanna, slammed the Texas Gulf Coast with high winds and rains that flooded streets and knocked out power across the region.

These Comforters Repel Dog Hair, So You & Your Pup Never Have To Stop Cuddling

When Is Meghan McCain Due? 'The View' Co-Host Reveals Baby Arrival Date