Couzens faced charges for kidnapping, raping and murdering the 33-year-old marketing executive after she disappeared March 3.

The judge said Everard was a “wholly blameless victim,” and Couzens used his position as a police officer to “coerce” her.

Lord Justice Fulford said it was an exceptional case deserving of such a sentence, as “in my judgement the misuse of a police officer’s role is of equal seriousness as a murder carried out for the purpose of committing a murder for an ideological cause.”

Judge said given the planning and preparation, Couzens must have been aware he may have to kill the woman he kidnapped.

Lord Justice Fulford explained that he had taken into account the defense’s arguments – he called Couzens’ crimes “warped, selfish and brutal offending that was both sexual and homicidal.”

The judge said “the defendant had planned well in advance” and gave a false account that he had been acting under coercion from a gang when first approached by police over Everard’s disappearance.

The judge said: “At no stage has he offered any kind of full explanation as to what occurred.”

Before the judge’s sentencing, Couzens’ defence lawyer Jim Sturman QC said he is filled with “self-loathing” after his crimes, and claimed: “He accepts he will receive and deserves severe punishment.”

Sturman said Couzens should not have a whole-life order as he had pleaded guilty.

He also claimed Couzens has underlying depression and has no previous convictions for violence, so should be given “a chance to redeem himself and repent.”

Everard’s family said Wednesday, there can be “no redemption for what he has done.” Couzens did not look at the family during the hearing at London’s Old Bailey.

This is a breaking news story and will be updated.

Couzens’ movements before and after the murder

A week after her boyfriend reported her missing, Everard’s remains were found in Ashton, Kent, approximately 20 miles from Couzens’ home.

He kidnapped her when she was walking home from a friend’s in Clapham in the evening.

A court heard Wednesday that she was handcuffed in a false arrest by serving police officer Couzens, who showed Everard his police ID and claimed she had breached COVID-19 lockdown rules.

A couple saw Couzens kidnapping Everard but assumed she had done something wrong as she was with a police officer.

Everard was put in Couzens’ rental car before being driven 80 miles to Kent. At some point, she was transferred to his family car.

He went on to rape her in a rural area near his home in Deal, before strangling  her to death with his police belt.

Although he had bought some items used in the murder in the days leading up to Everard’s capture, he also travelled around the U.K. to buy materials such as gasoline so he could burn her body after her death in a refrigerator.

He returned to the scene three times – on one of these occasions he brought his children.

In the meantime, Couzens made phone calls to the vet and dentist, called in sick to work, returned the hire car, washed the family car, and threw Everard’s phone into a channel in Sandwich.

He attempted to dispose of Everard’s body in a green builder’s bag in a nearby pond.

She was found seven days after her abduction, on March 10, near the refrigerator. Pathology reports found her body was too damaged to uncover all of her injuries, but there was evidence of charred fabric over the face.

Describing the prosecution’s case, Tom Little QC said: “Whilst it is impossible to summarise what the defendant did to Sarah Everard in just five words, if it had to be done then it would be appropriate to do so as ‘deception, kidnap, rape, strangulation, fire.’” 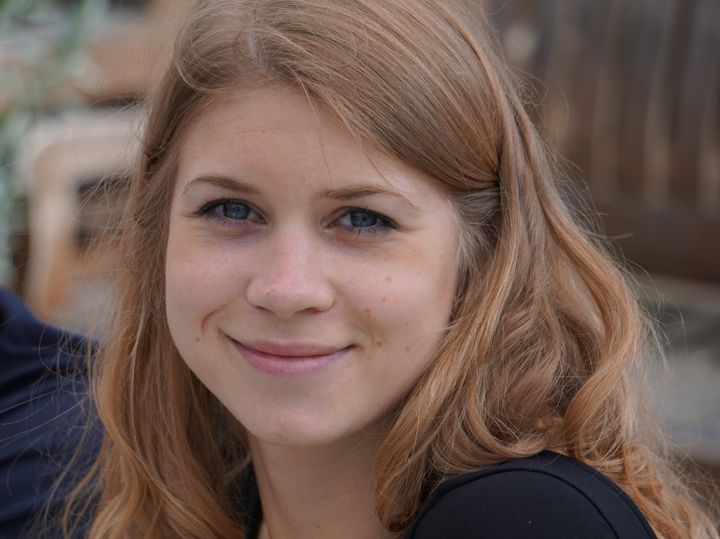 Backlash toward the Met

Everard’s disappearance has prompted international outrage about women’s safety, especially after Metropolitan Police officers tried to disperse vigils and peaceful protests held in her honor all around the country in the name of COVID safety.

Couzens, 48, was a working Metropolitan Police officer at the time of Everard’s murder – he was only fired once he pleaded guilty to his crimes in July at the Old Bailey.

The morning before he kidnapped Everard, he had clocked off from a 12-hour shift at the U.S. embassy.

Met Commissioner Dame Cressida Dick said she felt “sickened, angered and devastated” by his crimes at the time.

The Met have faced further backlash for trying to distance themselves from Couzens.

The Independent Office for Police Conduct is currently investigating if the previous allegations against Couzens were properly addressed.

The Sun has claimed Couzens was nicknamed “the rapist” when working as an officer for the Civil Nuclear Constabulary.

An incident about Couzens’ behavior was also reported in 2002, and his colleagues were aware he was “attracted to violent sexual pornography,” the Old Bailey was told Wednesday.

Former DCI Simon Harding sparked yet more fury when he distanced the police from Couzens, telling Sky News on Wednesday: “Police officers do not view Wayne Couzens as a police officer.

“He doesn’t hold the same values as a police officer. He doesn’t have the same personality as we do. He’s a very sick, dangerous individual who should never have been near a uniform.”

Critics have hit back at the Met, claiming the police should not have hired him in the first place.

Everard’s case has been revisited in the last few weeks, following the murder of 28-year-old teacher Sabina Nessa in London on Sept. 17 when she was walking to meet a friend near Cator Park.

Police have arrested and charged one male suspect with her murder.