Follow
Home » Lifestyle » UK snow: Can I miss work if it snows? Will I still get paid if I miss work due to snow?

Snow weather warnings are in place for much of the UK this morning, with London seeing heavy flurries as at 10am. The Met Office even warned some areas could see up to two inches of snow as Britain lies under a yellow weather warning.

Paul Gundersen, Chief Meteorologist with the Met Office, said: “The flow of cold air over the UK will lead to heavy, wintry showers and icy conditions overnight.

“From 10pm Wednesday until 10am on Thursday there is a Met Office Yellow warning for snow & ice for most of the UK north of a line from central Wales to the Wash, except north-east England and eastern Scotland.

“A low-pressure system moving into the South West from the Atlantic overnight will bring a further period of rain to southern England.

“As this system encounters the cold air further north over the UK, there is a risk of snow along this boundary and we have issued a Yellow warning north of the M4 corridor from central Wales, parts of the Midlands and East Anglia.

“It is possible that rain may briefly turn to sleet or snow over lower ground across the Midlands, East Anglia and areas north of London, although accumulations here are likely to be small.” 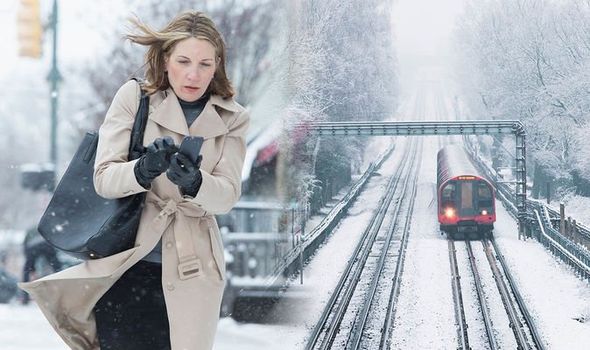 Do I still get paid if I miss work because of snow?

Your boss or company can’t force you to travel in, so you can enjoy the day in bed./

However, it’s not all good news as your firm don’t have to pay you either.

If it is possible to work from home, you may be asked to do that instead.

Or your boss could ask you to travel to an alternative office. 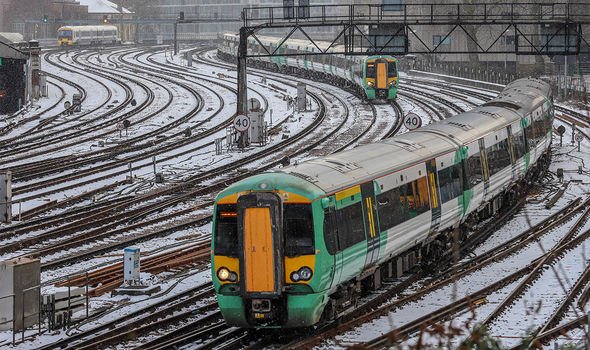 MoneySavingExpert website advice reads: “Let’s get the bad news out of the way first: if your workplace is open and you can’t get in, your employer DOESN’T necessarily have to pay you, according to the conciliation service ACAS. So you may be forced to take unpaid leave.

“If you’re unable to get to work, the best thing is try to come to an alternative agreement with your employer, such as working from home or changing your hours.

“It’s also worth checking if your employer has an ‘adverse weather’ policy, which could grant you the right to paid leave, or to discretionary payments for travel disruption.”

What happens if my office is closed because of snow?

You should not need to take a holiday or lieu day if your office closes because of the snow.

Employers have to give two days notice before they can force you to take annual leave.

So if you’re up, dressed and ready to go to work, but your company decided to shut because of the weather, you should still be paid your contracted salary.

However, workers are advised to check their contracts as some may have a policy which covers snow days.

MoneySavingExpert said: “If your employer has to close its premises and you don’t usually or can’t work from home, your pay shouldn’t be docked.

“On the other hand, you might be asked to work from different premises or from home.” 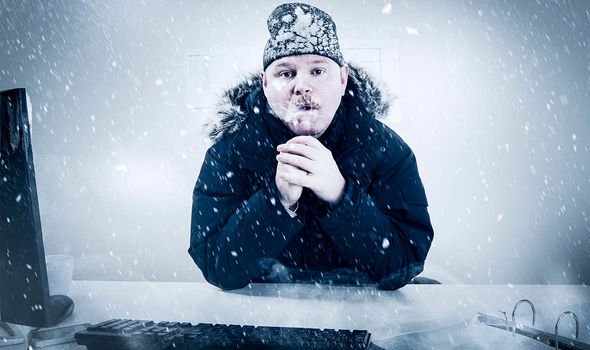 Can it be too cold to work?

Employers also have a legal requirement to provide a reasonable level of comfort at work.

However, there are no set guidelines on what temperature an office has to be.

Health and Safety Executive guidelines say offices should be at least 16C or a minimum of 13C if the work “involves rigorous physical effort”, however.

Cats and coronavirus: Can cats catch coronavirus? Can you get it from your pet?

Experts Explain How Your Body Image Can Impact Your Sexual Health