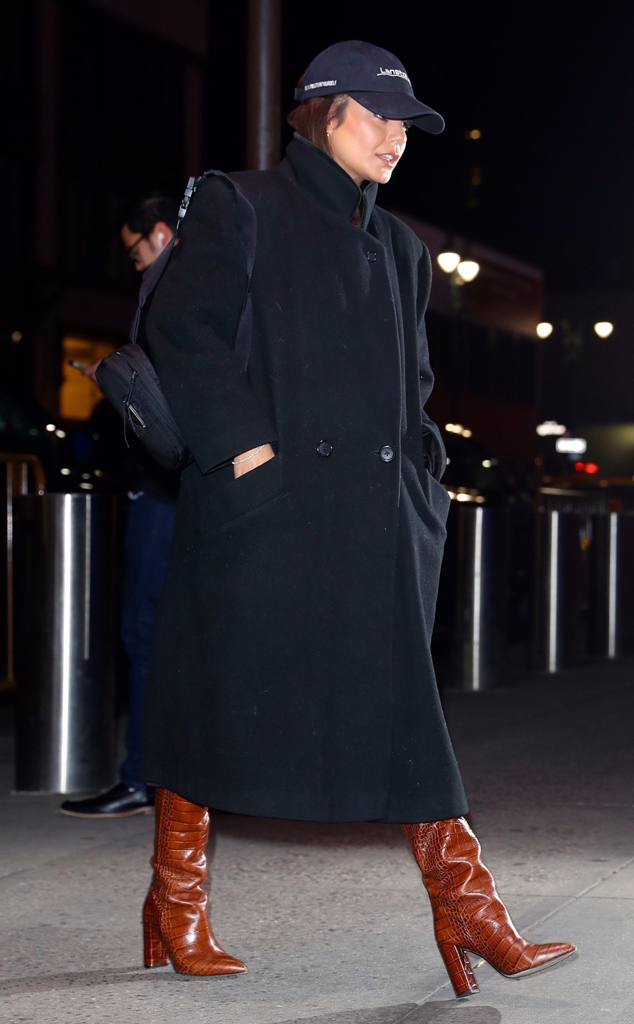 Is Vanessa Hudgens shooting her shot?

Nearly a week after her split from Austin Butler, the actress was spotted out on a dinner date with Los Angeles Lakers star Kyle Kuzma on Tuesday, Jan. 21.

Today, she’s still hanging out on the east coast, to continue supporting the 24-year-old basketball star in New York at Madison Square Garden, where the Lakers are playing against the Knicks.

On Tuesday night, according to photos obtained by TMZ, Hudgens and Kuzma dined at Italian restaurant Lilia in Brooklyn where they got to know each other a little bit more over a bottle of wine.

Hudgens and her former blame decided to go their separate ways earlier this month after first sparking rumors in Sept. 2011. According to a source, distance played a huge factor. “They’re just shooting on two different continents and it’s a matter of distance,” a source told E! News about the split. “There is no bad blood at all, and they have a lot of respect for each other.”

Since then, Hudgens has been out and about living her best life post-breakup.

Last week, the 31-year-old actress stepped out for the red carpet premiere of her latest film Bad Boys for Life and looked happier than ever wearing a white-hot gown, giving us major Old Hollywood glam energy.

Now her latest public outings with Kuzma could just be friendly outings, but recent social media activity has fans speculating that something more could be going on between these two.

Kuzma captioned a recent Instagram photo, “Yeaaaa we like thatttt,” to which Hudgens replied flirtatiously, “Ya we doooo.” The actress also cheered the basketball star at last week’s Laker game against the Cleveland Cavaliers.

We think it’s safe to say that Hudgen’s has officially become Kuzma’s #1 fan.