Waitrose has been accused of ripping off the design of a luxury confectioner’s chocolate bar.

The supermarket giant has been told to immediately withdraw its recently launched range of treats, which includes a cream and pink Eton Mess bar studded with dried strawberries, that bears a striking resemblance to one by the boutique chocolate-maker Hotel Chocolat.

Hotel Chocolat has said the supermarket’s product copies the curvy design of its own chocolate bar, the distinctive nature of which is registered with the European Intellectual Property Office.

Angus Thirlwell, the founder of Hotel Chocolat, has written to Waitrose ‘highlighting the similarity and asking them to do the right thing’, and also took to Twitter to call out the supermarket giant.

‘Imitation is the sincerest form of flattery… but this crosses the line,’ he posted. 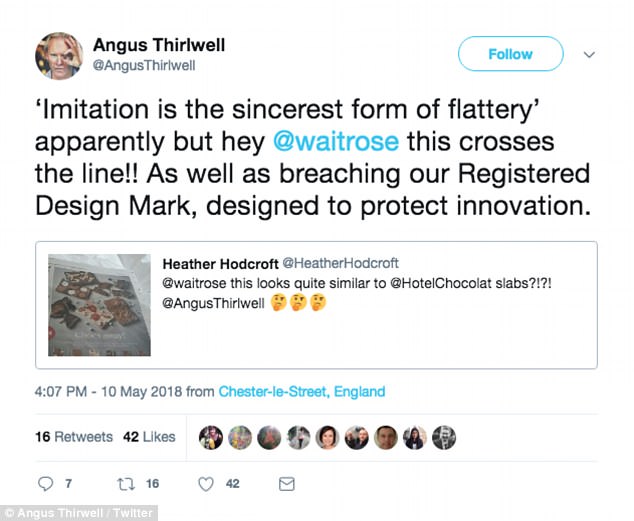 Angus Thirlwell, founder of Hotel Chocolat, tweeted about the similarity between Waitrose’s new ‘Luxury Chocolate Bar’ and his brand’s bars

Thirlwell said on social media that the supermarket had gone too far with its new product.

He tweeted: ‘Imitation is the sincerest form of flattery apparently but hey @waitrose this crosses the line. As well as breaching our registered design mark, designed to protect innovation.’

Hotel Chocolat’s legal team is reviewing the situation and is considering action against Waitrose. 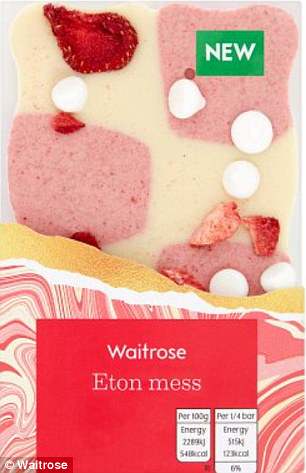 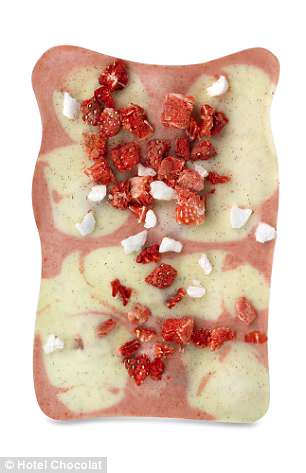 Thirlwall said his chocolate bar’s curved shape is unique to the brand, and has now been adopted by Waitrose 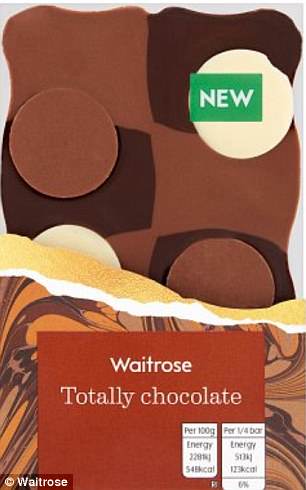 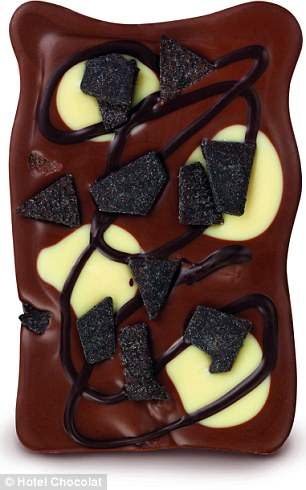 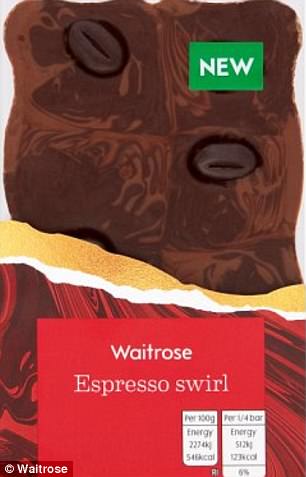 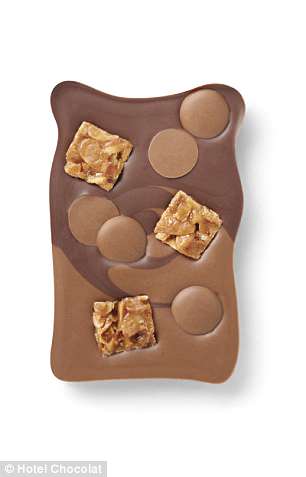 Mr Thirlwell told The Grocer that the curved design was his original idea because when he started the brand all chocolates on sale looked the same.

He said: ‘Fifteen years ago when we were building Hotel Chocolat from zero, we wanted to create a solid chocolate product.

‘When I looked at what everyone else was doing with chocolate bars they all seemed like they had a accountant’s spreadsheet imposed on them.

‘I was more excited by what happens when you pour chocolate and let is set to get a curvy outlines. It has a very distinctive curvy outline and not grids.’ 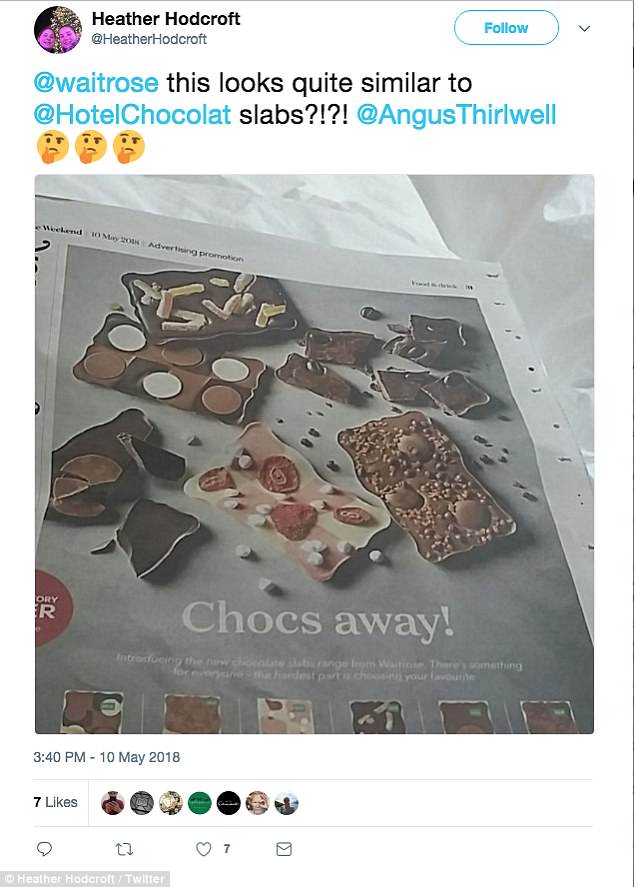 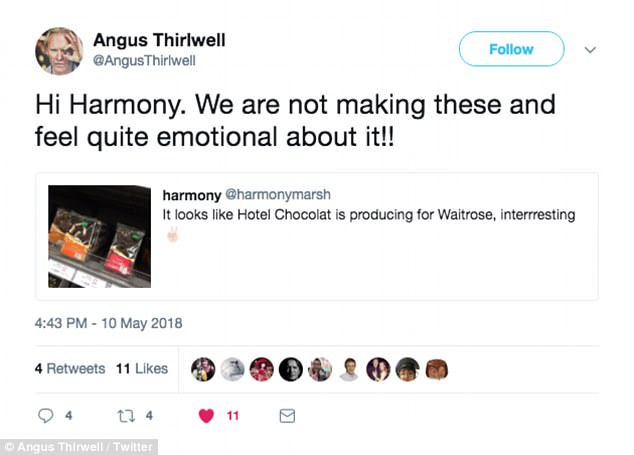 Thirlwell admitted he felt ’emotional’ to see a similar design on sale in Waitrose.

‘Customers really liked them so we decided to protect it with the European design mark and it’s shocking to see it ripped off like this. I’m a bit emotional about it.

‘The big risk is people think we are making those bars. We want to shout from the roof tops we’re not.’

A Waitrose spokesman said: ‘We take the intellectual property rights of other businesses extremely seriously and are looking into the points raised by Mr Thirlwell.’