Waitrose reveals a glimpse of its Christmas range

We may be in the midst of a heatwave but Waitrose is already prepping for Christmas dinner.

The supermarket has today unveiled the exclusive products that will hit the shelves this December, six months in advance.

As well as the classics such as the Christmas pudding and turkey breast, shoppers can expected some more unconventional festive treats including a turkey parcel with an oozing cranberry centre. 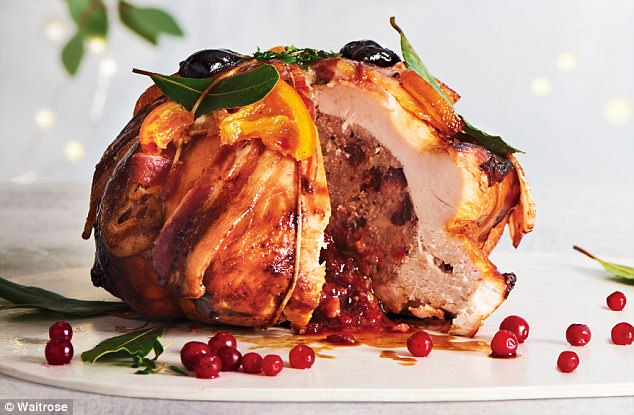 Waitrose has unveiled a list of the exclusive products that will hit its shelves this December, including the Cranberry Burst Turkey Parcel with a surprise cranberry centre

The premium supermarket has also added a whole range of vegan items to its festive feast due to high demand from non meat-eaters.

The range includes a beet wellington, a cauliflower and broccoli vegan cheese, pulled jackfruit tacos and even a vegan chocolate torte.

The store has of course catered to its carnivores offering a veal rump as well as Heston’s Two Bird Wassailing Roast to name a few.

In fact Heston has devised a whole host of weird and wonderful treats inspired by the old British pastime of wassailing to add to the festive table. 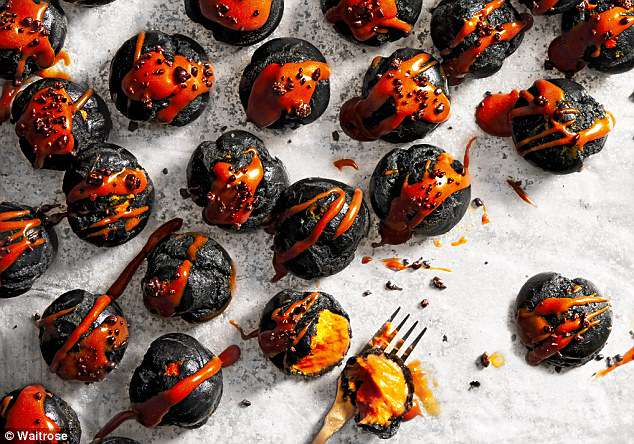 Heston has created perhaps one of the most striking dishes, Profiter’coals – a black profiterole with an mandarin orange crème pâtissière filling 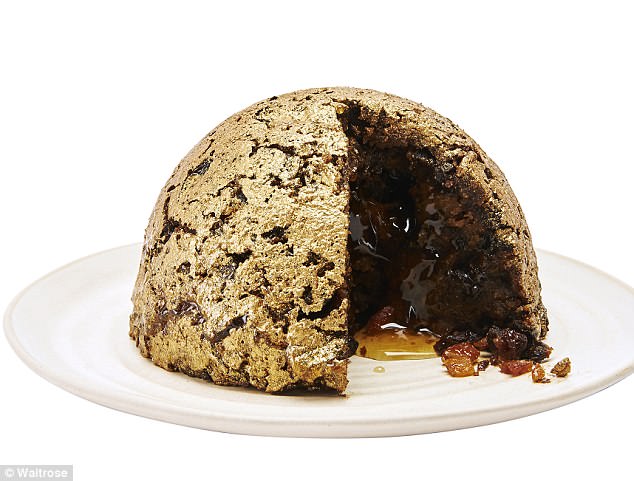 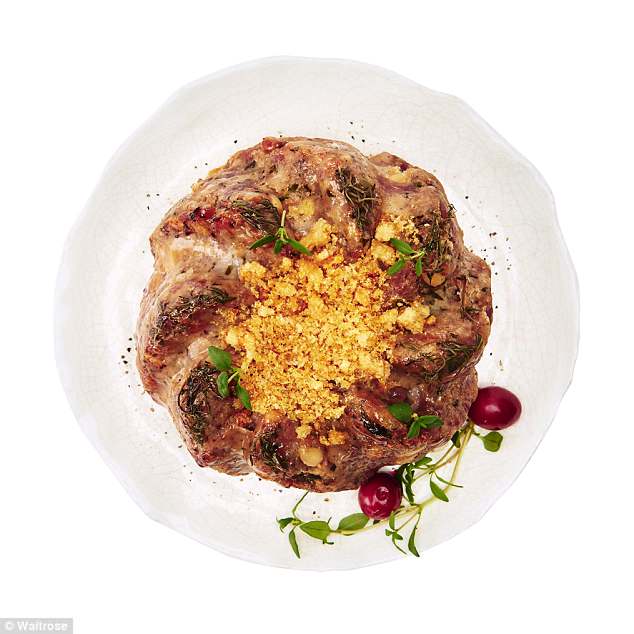 Heston says: ‘Dating back to the 16th century, wassailing is the ancient custom of visiting orchards to recite incantations and sing to the trees to promote a good harvest for the coming year.

‘Taking inspiration from this seasonal tradition, my new dishes celebrate the humble apple in all its forms, including cider and Calvados, for that special Christmas treat.’

Perhaps one of his most striking dishes are the Profiter’coals – a black profiterole with an mandarin orange crème pâtissière filling are drizzled with a warmed smoked orange caramel sauce and topped with popping candy. 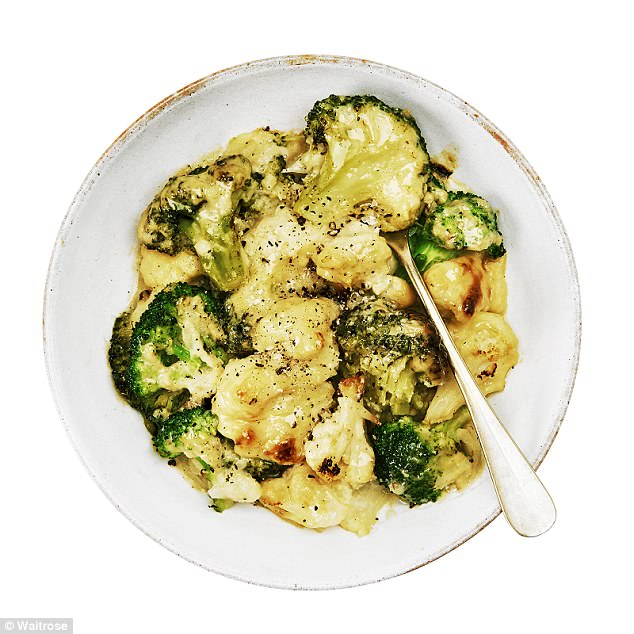 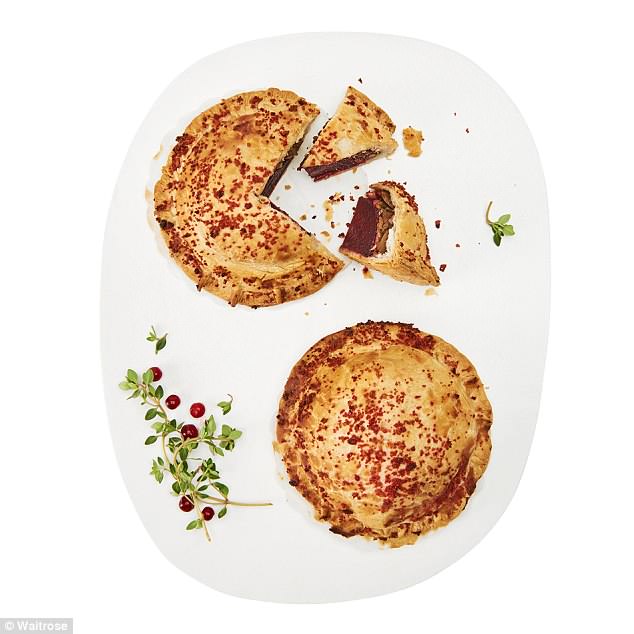 Jonathan Moore, Waitrose executive chef said : ‘Inspired by the use of botanicals and florals in food and drink, we’ve created a unique flavour profile for a new range of products.

‘Juniper, the key aromatic ingredient of gin, complements the acidity of bitter orange perfectly and works with a range of sweet and savoury dishes, from confectionery and mince pies to joints of meat and stuffing.

‘This exquisite and unique pairing will bring a modern and festive twist to an array of dishes at Waitrose this Christmas.’