Follow
Home » Lifestyle » Which Member Of The Kennedy Clan Married A British Royal?

Which Member Of The Kennedy Clan Married A British Royal?

Think about which American families who have become theobjects of obsession, affection, or disdain. You’ve got the Kardashians. You’vegot the Knowles-Carters. You had the Sopranos. But before all of them, therewere the Kennedys.

Both hated and adored, the Kennedy (mostly JFK) clan hasbeen the subject of thousands of books about their lives. A mixture of gossip,legend, firsthand accounts, and facts, the tales surrounding generations ofthis family won’t be dying down any time soon.

Out of all the information in the wind about the Kennedys, we are sure you have not heard it all. Social media and the internet weren’t around to feed the fascination during the time that the family was at the height of their popularity. While much of that attention is placed on JFK and his wife, Jackie, let’s not forget about John F. Kennedy’s sisters, namely Kathleen “Kick” Kennedy. 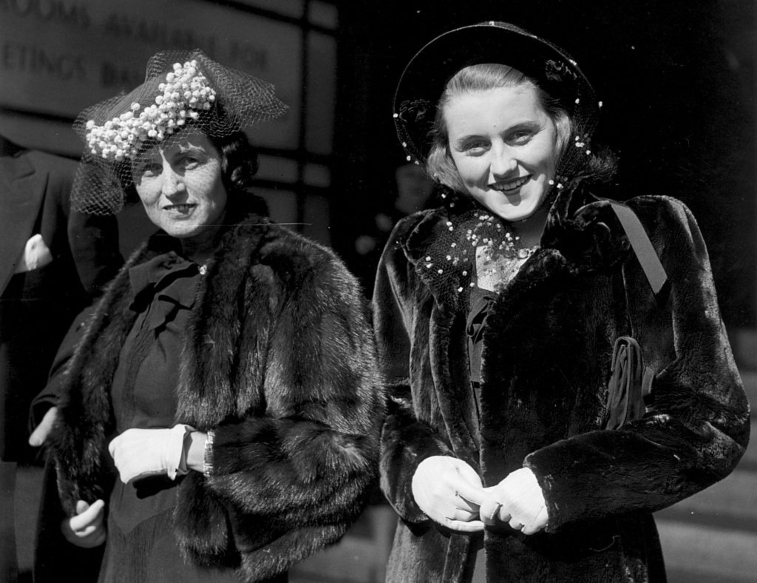 Kick was known as the rebellious Kennedy

Rose and Joseph Kennedy had nine children, with Kathleen being the second daughter. She earned her nickname, “Kick,” because of her feistiness. As revealed in her biography by Barbara Leaming, Kick Kennedy: The Charmed Life and Tragic Death of the Favorite Kennedy Daughter, she was considered a “wild child” who loved pranks, jokes, inappropriate etiquette, and trading wits with anyone—including men—in the room.

When the Kennedys moved to London for the senior Kennedy’s new role as ambassador, England was intrigued by the American family. But it was “Kick” who enamored the public the most. The Smithsonian Channel dove into her story for their Million Dollar American Princesses series and shared that when she was introduced as a debutante among other British socialites, people fell in love with the 18-year-old’s personality.

What happens when two dynasties cross romantic paths? Kennedy met British royal, William Cavendish, who was the Marquess of Hartington at the time and the two began courting, eventually falling in love. But their families did not approve.

She was sent back to the States unwillingly by her father—andseparated from her love for some time—but finagled a volunteer position withthe Red Cross that landed her back in London. The lovebirds didn’t miss a beat.Known for being the free-spirited sister, she was almost disowned for decidingto marry a Protestant.

The Kennedys were devout Catholics and the new in-laws would have preferred for her to convert. According to Vogue, Kennedy was able to win over her father-in-law.  In 1944, the young couple wed in a quiet civil ceremony at what would be considered “city hall” without any of the fanfare you see at many royal weddings. Only her older brother, Joseph, Jr., showed up to support the union.

Kick’s husband, whom she called “Billy,” was presumed tobecome the Duke of Devonshire someday, but then things changed.

Their love story ended in tragedy

Billy Cavendish was sent away to fight during World War II and was killed in combat by a sniper. It happened just four months after the couple married, and the young Kennedy was brokenhearted. Sometime afterward, she fell in love with Peter Fitzwilliam, who was married but going through a divorce.

This too, mortified her parents. But their romance wouldn’t be forever. Both “Kick” and Fitzwilliam were tragically killed in a plane crash when she was only 28. According to IrishCentral, she was buried in England with a headstone that reads “Kathleen Cavendish, Marchioness of Hartington.”

cl, Kennedy, member’, of, the, Which
You may also like: